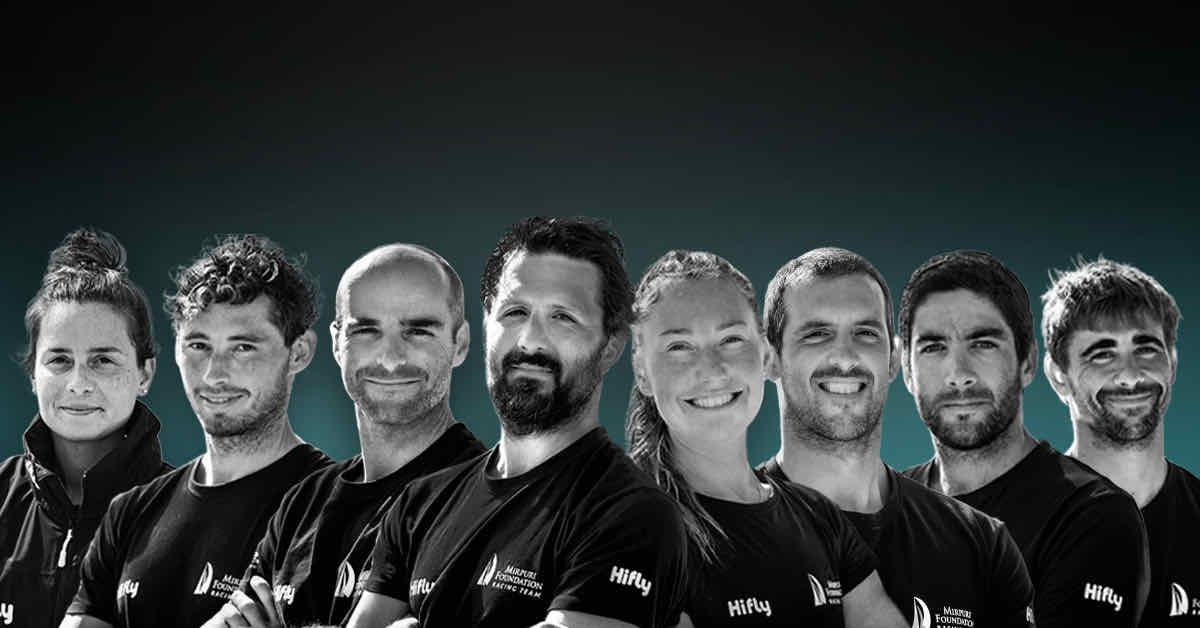 Based in Cascais, Portugal, The Mirpuri Foundation Racing Team was the first team to commit to The Ocean Race Europe on board their Racing For The Planet VO65, following the opening of the entry period last month.

Richomme is joined by fellow Frenchman Nicolas Lunven as Navigator for The Ocean Race Europe. Like his compatriot, Lunven is one of the few people in the world to have won the Solitaire du Figaro twice. The pair are joined by winner of the The Volvo Ocean Race 2017-18, Jackson “Jack” Bouttell.

Also announced in the team are three stars of the Portuguese sailing scene – all three of the Portuguese sailors represented their country at an Olympic level at London 2012. Frederico Melo and Bernardo Freitas were also part of the Turn the Tide on Plastic campaign in the previous edition of The Volvo Ocean Race, while newcomer Mariana Lobato makes her debut in the race.

Bermudian/British sailor Emily Nagel and Spain’s Willy Altadill complete the star lineup, with three Volvo Ocean Race campaigns between them. Both sailors were part of the team’s early training sessions and practice race, including two winning regattas in 2020.

“I am really proud of the crew we have assembled. For quite a young team we have a lot of experience. We have completed a number of training and racing sessions that have gone really well and I’m looking forward to putting this team under pressure in a bigger racing environment on an international stage.

“It is a real pleasure to race with all of them and I’m really proud of the campaign we are building and the atmosphere on the boat.”

The inaugural edition of The Ocean Race Europe is scheduled to take place in late spring this year and is open to VO65 and IMOCA 60 teams. The event will feature racing from the Atlantic coast of Europe into the Mediterranean, with up to four stops along the way.

“We are very proud to confirm the team that will bring our message “Racing for the Planet” across Europe this summer. While we must wait a little longer for the full edition of The Ocean Race to take place, we are looking forward to going head-to-head with some of the best sailors in the world and some really exciting racing.

“We have a young but experienced team on the boat combined with our expert shore crew and team advisors – a force to be reckoned with when we reach the start line in May.”

The full race course for The Ocean Race Europe will be released shortly.

Event organisers will prioritise the health and safety of all participants, the public and all stakeholders and will adhere to all regulations and protocols with respect to COVID-19.