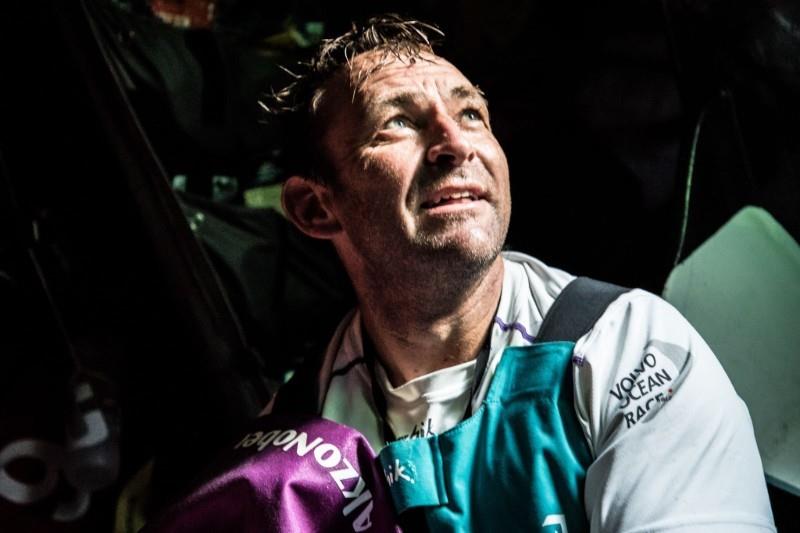 British navigator Jules Salter is one of the most sought-after names on the professional sailing scene. He has four editions of The Ocean Race to his name – 2011-12 with Abu Dhabi Ocean Racing, a win in 2008-09 on Ericsson 4, 2005-06 on Pirates of the Caribbean, and 2017-18 with team AkzoNobel.

We checked in with him recently to gauge his reaction to the around the world route for the 2021-22 edition of the race.

It was great to see the route announced. This race is always an almighty challenge to plan for, to compete in, and ultimately to try and win.

I was pleased to see that the course has a mix of long legs and shorter sprints, as well as some new geographical and meteorological challenges. Finishing in the Mediterranean adds some jeopardy if it’s close on points for the podium positions – which was a feature of the race in the last edition.

I think the race loses nothing for being a little shorter, the intensity will still be full on. Less is more sometimes. Whether it’s a 30,000 or 45,000 nm course, few races in sailing and other world sporting events have a similar dynamic.

In real terms though, some of the routing reveals some long distances to be sailed compared to what is ‘advertised’.

This will depend on the individual sailor. The race tests a person on many levels: physically, mentally, technically, and in many other ways. The beauty and challenge of the race is that it is the ultimate test of the team. It tests a team’s ability to be strong throughout the long duration of the race – including what can often be a fraught build up period before the start.

Different crews will have different low and high points – whether ashore or afloat. The challenge is getting the team performing as one and smoothing everything out to ensure the best performance. Team management, the shore crew and the sailors are all as important as each other in achieving this. A good team will thrive only when all its team members are operating to their best abilities throughout the race.

As a navigator looking at this new course I see the Cape Town to China leg as likely to be the most challenging. The leg across the Pacific and round Cape Horn will be tough physically and mentally as it is going to be remote, dangerous and long. The legs in an out of China will be a test mentally through the heat and light airs and randomness of equatorial sailing and doldrum crossings. Also with these legs there are many tactical options and big choices to be mad early on in the leg and a long time to watch them play out.

Every time you arrive and depart a stopover the stress and excitement multiplies and this is draining on the sailors and the rest of the team. The Cape Verde stop will add to this as it is a new venue that will need research and planning on the local weather conditions and the necessary logistics.

In previous edition when there has been a longer passage down the Atlantic you could get yourself into a routine, but this time they have effectively truncated that by splitting one of the longer ‘routine’ legs.

On Ericsson 4 in the 08/09 race we actually ended up sailing this route when we had to medivac a crew member off the boat. I remember it was a high stress situation: first having to giving up the lead and then watching the miles to the new leader rise as began to get affected by the influence of the high islands on our way to make the drop off. I recall how frustrating it was trying to get going again afterwards.

The Cape Verdes have big influence on the surface winds through day and night and geographically. Picking the right gybe in from 300 nm out gave us a good approach and then on the exit the choice of distance west to make for a reasonable percentage chance of an easy Doldrum crossing also helped.

In the end a full team press through the Doldrums and then a record-breaking 24-hour run saw us take victory in that leg.

This is similar to Leg 2 in the 08/09 and 11/12 races. The most common option is to get South quickly across the ridge and then ride some westerlies out of Cape Town into the Southern Ocean, before you then have to work on how and when to get back north at some point.

The difference this time will be the destination. Shenzhen is further east and the question is whether there be restrictions on how you ultimately cross the equator and get past Indonesia and navigate the busy shipping areas of the China Sea? There may also be ice restrictions in the southern Indian Ocean which will dictate how much of that freeway east will be open.

This leg will likely be a bit like a mad fast dash down a motorway, followed by a decision about which exit to take. Then those who you burnt off on the motorway will appear in your rear-view mirror as you travel down the single lane roads of the trades, before you slowly wind your way through the country lanes of south east Asia.

But then if a cyclone or tropical storm pops up in the Indian Ocean this will open other options like in 2011 where a more direct route can be sailed, providing you can catch a ride on the tropical disturbance.

I think it will still be a sprint race, but tougher as the route takes you further north to round the top of the UK. Hopefully it will not be a tidal kedge-fest like it was up the Bristol Channel last time! The last miles will be tough in The Skagerrak and entering what is the effectively land-locked city of Aarhus, where conditions will be possibly be light and tidal in early summer.

This will be another hard and stressful last leg. Offshore conditions in the Mediterranean are often random. Leg 0 there prior to the last race was tricky and in the end had to be shortened due to a complete lack of wind for long periods.

We could see the same again in the next race as in June other than light winds there are often only thermal breezes to move you along. Getting in through the Straits of Gibraltar generally is all or nothing in terms of windspeed.

Tactically in the Med there is often no middle way and you find yourself making coin toss choices. The last miles along the French Riviera and into Genoa are not typically renowned for steady sailing breeze in mid-summer.