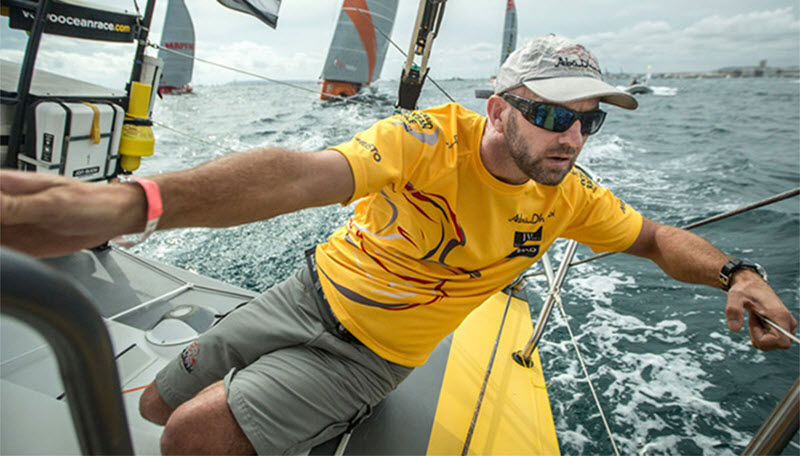 In the second in our series of exclusive articles aimed at finding out what past and present competitors of The Ocean Race think of the recently announced round-the-world route for the 2021-22 edition, we caught up with three-time Ocean Race skipper Ian Walker.

During his career Walker has competed at the very highest level in international yacht racing. He has two Olympic silver medals of his own (1996 and 2000) and coached Shirley Robertson’s Yngling team to a gold at the Sydney 2004 Games. He skippered the British America’s Cup campaign in 2002 and in 2015 became the first and only British skipper to lift the Volvo Ocean Race trophy after winning the race with Abu Dhabi Ocean Racing.

Since announcing his retirement from active campaigning Walker has been working as the Director of Racing at the Royal Yachting Association (RYA) – a role that encompasses the British Olympic Sailing Team.

I hadn’t seen it until today. It is always a difficult balance between the commercial need to visit many stopovers and the teams wish to keep costs down by minimising the stops. I think the sailors generally prefer the longer offshore legs and they will struggle with the last two legs. Trying to navigate all the exclusion zones in the North Sea and the English Channel is a nightmare, as can be the Mediterranean . Psychologically it is always hard to go back on yourself!

I was a bit disappointed that the traditional Leg 1 from Alicante to Cape Town had been broken into two stages. It has always been my favourite leg that has a bit of everything, including one of the few opportunities to make tactical plays. I think three weeks is a good length of time for the first leg of an ocean race giving time to settle in to a routine and It is a real shame to split it in two.

In particular it takes out the tactical challenge of how to navigate the Cape Verde Islands and the chance to get leverage in the Doldrums. On Green Dragon in 2008 we had one of the slowest boats and we were first to the scoring gate at Fernando de Noronha because we got that decision right by heading a long way West.
That said, I have always wanted to go to the Cape Verde Islands. In 2014 we gybed all the way down the North coast of one of the islands and it looked amazing!

The start of Leg 2 will be tough as you have to escape the lee of the Cape Verdes which are really high and can affect the wind for hundreds of miles and then soon after cross the Doldrums.

The seaweed of the Sargasso Sea will be a challenge for the foilers! 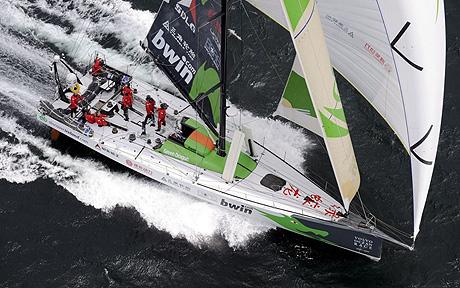 It is shorter on paper but it’s all about how many miles you sail. If it wasn’t for commercial factors you would just follow the traditional route. The sailors generally prefer fewer, longer legs so you can get in the rhythm. I don’t think anybody really liked pitstops, so it is a good thing to get rid of these.

I think Cape Town to Shenzhen will be really tough. I can tell you that leaving Cape Town and negotiating the Agulhas current is one of the hardest parts of the whole race and then you have to head East against the trade winds at some point and cross the Doldrums – which can be really wide in the Indian Ocean.

I haven’t seen the SIs but presumably you sail through the Straits of Malacca and then beat up into the NE Monsoon to China? I wouldn’t fancy doing any of that in an IMOCA 60.

I think the leg from China to New Zealand will not be much fun on an IMOCA 60 as the wind will be forward of the beam for much of the time – lots of power fetching and also sometimes a risk of typhoon.

Aarhus is a lovely place, but I would rather see the Transatlantic finish on the western side of Europe. The last few hundred miles will be incredibly fiddly with North Sea oil rigs, wind farms, separation zones etc – not what you would ideally want at the end of the Blue Riband leg. Not quite like thrashing across and ending in Galway as we did in 2009 and 2012.

With the course taking the fleet up around the top of the UK, this will push the routing well north, but the issue then is you may end up skirting the ice exclusion zone for long periods.

We saw a nail-biting finish in The Hague in the last race but this time the final leg will take the fleet from there back into the Mediterranean to Genoa, Italy. How tough of a leg might this one be for the race weary crews?

As I have said the North Sea and the Channel is now very hard to navigate and I think it is a shame that an ocean race can be won or lost on a decision about exclusion zones. This will be a tough leg – the Bay of Biscay (aka ‘Bay of Certain Death’) can be a nightmare, as can the Straits of Gibraltar.

I have never sailed across the Med from south west to north east, but I imagine that for a large part this is either against the Mistral or generally in light winds. I have finished an offshore race in Genoa before and that was tough as it is very mountainous inland with little thermal winds and often little gradient either.

We sat just offshore staring at the finish line for a long time! 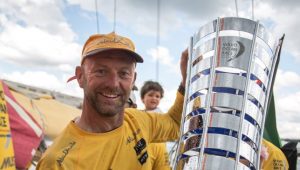 Any final thoughts or things you would like to comment on regarding the course or the next edition of the race?

I applaud Richard and Johan for taking the race on, I know they have the best interests of the race at heart and I sincerely hope they find a way for it to remain one of the pinnacles of our sport.

I love this race and it has been a big part of my life. Having seen the modern IMOCA 60s I am not sure how they will be able to fit five or six people onboard and I don’t like the trend for offshore sailing to be done from inside the boat. For me the Whitbread / Volvo was all about being on deck, standing your watch and dealing with whatever got thrown at you.

I think they can have a nice race still in the Volvo 65s, but this fleet may no longer appeal to the top sailors.

The race is in a tough place because it got too professional and the cost of running teams became too great to be commercially viable. I can only imagine the economic fallout from the Coronavirus will make it even harder. Hopefully there will be enough IMOCA teams that survive the Vendee Globe that will want to enter.

It is no longer a fully crewed race so maybe it should become double handed mixed like the new Olympic Event, with three or four stopovers like the old days, then it would be much cheaper, the new IMOCA’s would work and it would give top Olympic teams something to aim for between Olympics?