The Ocean Race Europe will see crew members from all over the world racing in foiling IMOCA 60s and one-design VO65s racing from the North Atlantic coast of Europe into the Mediterranean Sea, on a race course of up to five legs, each to be scored equally. There will be winners and prizes in each class.

“The Ocean Race Europe, provisionally scheduled to run over the month of June, fits well in the racing calendar in 2021 and provides our teams with competitive, meaningful racing next year, adding continuity to their racing programmes,” said Johan Salén, the Managing Director of The Ocean Race.

“As a new event, it has been important that we have support from teams and sailors for this project to get off the ground, and the feedback to date has been extremely positive.”

“The Ocean Race Europe is a good new event for the IMOCA fleet as it will allow us to start the summer with a race around Europe, fully crewed, in both ocean and Mediterranean conditions,” said Jérémie Beyou, skipper of the IMOCA 60 Charal.

“The racing, with relatively short legs, should be close and very competitive, while on shore it will allow us to engage with more sailing fans around Europe, so for us it is an interesting project.”

“I like the idea of having a new, fully-crewed, competitive event to look forward to following the Vendée Globe and The Ocean Race Europe fits well. It will be a new challenge to race in a crewed configuration and the short legs will promote close, hard-fought competition. Importantly, it also brings us in close contact with fans and stakeholders around Europe, who we don’t always see on our around the world, or transatlantic races.”

Bouwe Bekking, an eight-time veteran of The Ocean Race, has been racing with Sailing Holland and Team Childhood over the past year and has also been coaching the Sailing Poland VO65 team recently. He said: “It is great that The Ocean Race Europe will visit important countries for our partners and allows us to reach out, especially to the younger sailors who have a dream to participate one day in the The Ocean Race. I like that the race is short and intense and we will be sailing in new areas in the Mediterranean once we get past Alicante, Spain.

“It will be very interesting to see how the new teams will perform and as well how the VO65 boats can hang with the IMOCA 60s. In fast reaching conditions, I’m sure there will be big differences and the foiling IMOCAs will smoke the 65s. But if we get some upwind or dead downwind running conditions, maybe there is a surprise or two! Either way, it looks to be an exciting few weeks of racing and I’m looking forward to it,” Bekking added.

“We’re very excited to hear about the new The Ocean Race Europe,” said Yoann Richomme from the Mirpuri Foundation Racing Team. “With the around the world race delayed by one year, it’s a perfect opportunity for us to still go racing next year in the kind of competition our team and boat (VO65) were designed for. To be able to combine that with a focus on sustainability and our Racing for the Planet campaign is ideal.” 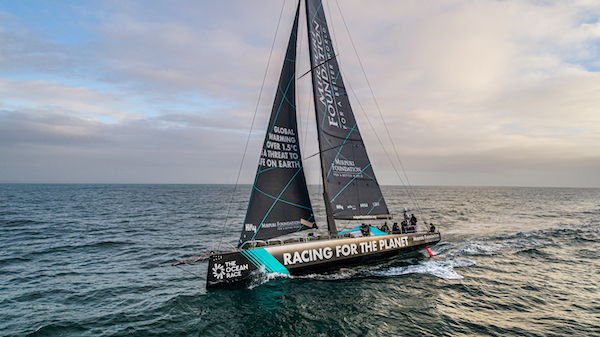 “The Ocean Race Europe comes at an ideal time for us, as we will start to look for competitive racing again following the Vendée Globe,” said Boris Herrmann, skipper of SeaExplorer/Yacht Club de Monaco. “Getting into a fully-crewed race on the IMOCA 60s will be a new challenge and is an exciting opportunity to promote sustainability initiatives in the context of a top-level race.”

On shore, there will be public activities within each host city, along with team promotional and hospitality events. The Ocean Race Europe will put the health of the sailors, teams and public as a top priority and respect all COVID19 regulations in each city visited.

The work started by the award-winning sustainability programme of the 2017-18 Race continues as part of The Ocean Race Europe and beyond. The Racing with Purpose programme includes advocacy, science, learning and sustainable event excellence.

Ocean health and climate change are inextricably linked. The Ocean Race Europe will be advocating for climate action, telling the story of climate change through a blue lens.

As part of the UNFCCC’s Sports for Climate Action framework, The Ocean Race joins forces with the sports sector in our global race towards net zero emissions by 2030.

And the plan for The Ocean Race is not to just reach net zero emissions, but be truly restorative and be climate positive.

“As sailors, we instinctively know that protecting and restoring a resource as central to life as the ocean is essential to our collective future,” said Richard Brisius, Race Chairman of The Ocean Race. “With our sailors, teams, cities and stakeholders, we will continue our efforts to promote a healthy and abundant ocean, and The Ocean Race Europe fits into this strategy.

“This event has been inspired by and will demonstrate, the values and spirit of European cooperation and identity,” Brisius added. “The Ocean Race Europe, passing through several member countries, will in itself be a showcase of open borders, the European Green Deal and the power of digital transformation, as well as the European mindset of working positively and proactively across national borders to address common challenges.”

The inaugural edition of The Ocean Race Europe in 2021 leads off a ten-year calendar of racing activity that includes confirmed editions of the iconic, fully-crewed, around the world event – The Ocean Race – every four years, beginning in 2022-23.

On a call with Registered Teams on Wednesday, The Ocean Race organisers updated teams about progress around The Ocean Race Europe, and informed the 60+ attendees about an amendment to the Notice of Race that will be issued for The Ocean Race.

This comes as a positive response to a request from the IMOCA Class Association, and follows consultation with their membership.

“The goal is to make it easier for existing boats and sailors, who are already active in the IMOCA fleet, to compete in The Ocean Race,” said Antoine Mermod, President of the IMOCA Class Association. “A common feedback was to reduce the number of crew and we are pleased to see this change.”

More updates on The Ocean Race Europe, including a potential prologue event in northern Europe, will be confirmed as arrangements with Host Cities are finalised.