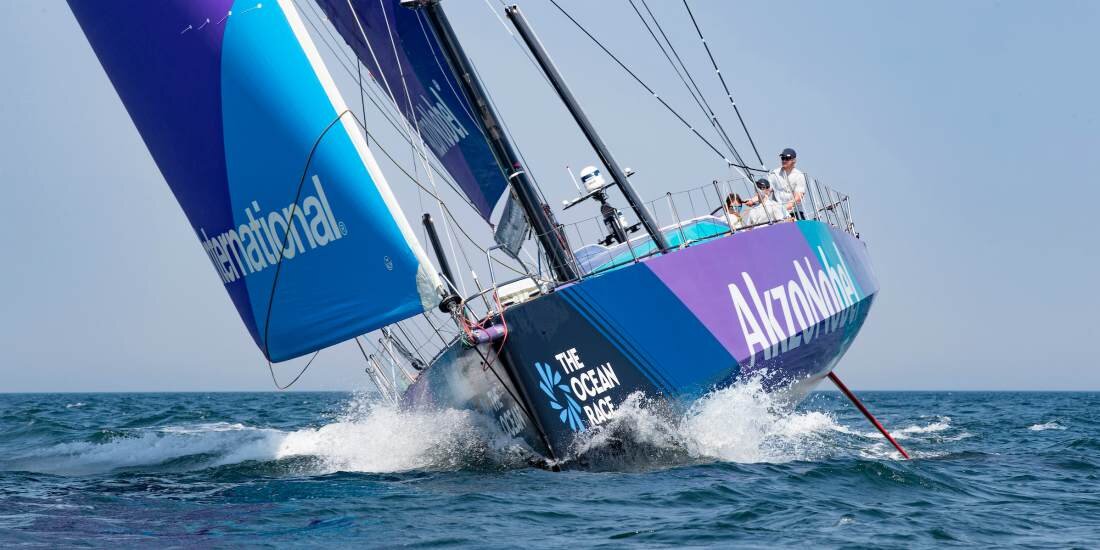 Australian around-the-world race supremo Chris Nicholson will skipper the AkzoNobel Ocean Racing (powered by International) VO65 entry in inaugural edition of The Ocean Race Europe which sets off later this month from Lorient in France.

Nicholson has participated in six full editions of The Ocean Race – including as watch captain of the AkzoNobel team in 2017-18 when the team finished in fourth place after winning the leg from Hong Kong to Auckland, New Zealand and setting the race’s current 24-hour distance benchmark of 602.51 nautical miles on the transatlantic stage from the United States to the United Kingdom.

“The Ocean Race Europe is fast approaching and we’re very excited to be representing AkzoNobel, powered by International,” says Nicholson.

“We’re all looking forward to getting out and performing on the racetrack again after what has been a long time away from competition. There’s a lot of enthusiasm for this new event around Europe. We’ve got a very mixed, diverse team with a lot of new, young faces and we can’t wait to get started.”

The renowned International brand marine coating used on all seven boats that competed in the last full around-the-world edition of The Ocean Race will again be used on the AkzoNobel VO65 to provide the ultimate in high-performance protection and durability.

Jean-Michel Gauthier, Director of AkzoNobel’s Marine and Protective Coatings business added: “We’re delighted to get the boat back in the water, fly our colours and join The Ocean Race Europe circuit over the next few weeks.

“Beyond the aesthetics and the highly durable yacht coatings that our VO65 features, the boat and her crew exemplify a fantastic mix of teamwork, collective agility, speed, endurance and diversity – very important values for all of us at AkzoNobel. We can’t wait to get our team racing again.”

The Ocean Race Europe will start in Lorient on the final weekend in May and finish in Genoa, Italy, three weeks later, with stops in Cascais, Portugal, and Alicante, Spain, along the way.

The inaugural event features two fleets – the one design VO65s and the IMOCAs (which sit at the cutting-edge of technology). They will race separately for The Ocean Race Europe trophy. Each stage of the race, as well as two coastal races, will be scored equally to determine the winner.

An announcement of the team’s full sailing line up is expected in the coming weeks.