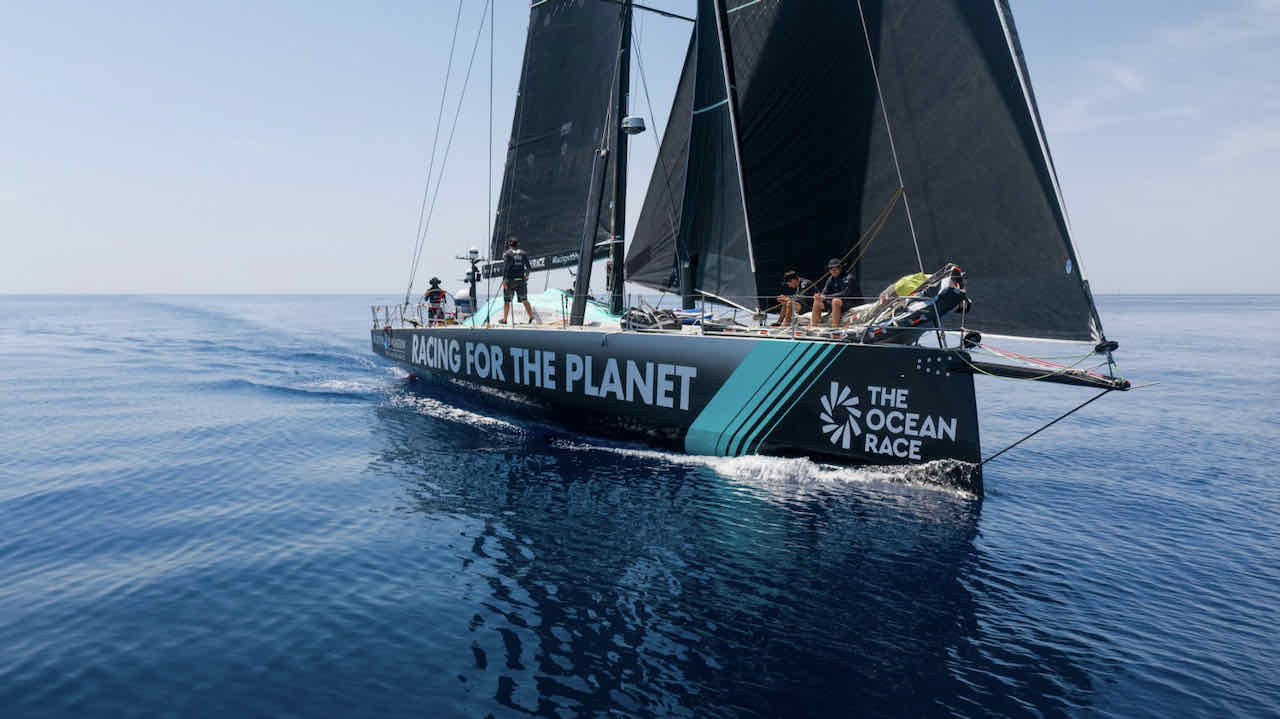 The 12 international teams competing in The Ocean Race Europe have been dealing with light and incalcitrant breezes on their first night at sea after setting off yesterday on the inaugural event’s third and final leg from Alicante, Spain to Genova, Italy.

Pre-start weather forecasts predicted light winds throughout the leg and overnight the five-boat IMOCA 60 and seven-boat VO65 fleets made slow progress away from Alicante with boat speeds rarely breaking 10 knots in the benign conditions.

Despite the slow pace of the action sailing fans have been glued to the race tracker after breakaway moves from two teams have split both fleets as they pass the Balearic island chain, made up of Ibiza, Mallorca, and Minorca, today.

In the IMOCA 60s, the crew of Robert Stanjek’s non-foiling Offshore Team Germany (GER) made an early commitment to taking a northern route by tacking away immediately after rounding the final mark of the course off the Tabarca islet, close to Alicante.

“The need to stay in the breeze that we have means that we’re not always sailing the optimum heading,” said Annie Lush from Offshore Team Germany. “But it’s been about finding an angle that works for the wind we have.”

Likewise, in the VO65s, when it was clear that the bulk of the fleet was positioned to pass south of Ibiza, the Dutch-flagged Team Childhood-I skippered by double America’s Cup-winner Simeon Tienpont (NED) chose to stay north of the rhumb line course in search of better winds. It didn’t pay immediate dividends.

“We went through a very light night, yesterday wasn’t really our plan to pick the shore but we felt it was good to play this side for a little longer,” explained Tienpont. “By then we were committed to a route to the north while the rest went south.

“We have a lot less wind than them at the moment, but they still have to cross the light wind area to come up to the north… There are a lot of differences between the weather forecasts, but fingers crossed, we’re here, the fleet is there, and we need to make the best out of it.”

“This is not going to be the fastest leg for sure,” said LinkedOut skipper Thomas Ruyant. “It’s typical Mediterranean conditions and it’s going to be complicated to find the fastest way to Genoa. But we’re staying focused and determined despite the light conditions. It’s a real test of our patience!”

“Mirpuri is right behind us and they have a bit more speed than us so we just have to keep sailing smart,” Bekking said. “It’s just a matter of finding the best pressure lanes. It’s really tricky. There’s a huge high-pressure system and we have to cross that ridge. All in all I’m pretty content with where we are. It’s better to be first than last!”

Meanwhile, in the north, Team Childhood-I was at the bottom of the table as the crew struggled to find breeze along the island’s northwest coast.

With wind conditions in the region likely to remain light and fickle for the rest of the week no one can say for sure whether the north or the south route will turn out best by the time the teams arrive in Genova, where they are expected on Thursday.

More immediately the focus for all the crews will be on somehow keeping their boats moving as they pick their way carefully through the myriad of wind holes strewn across the waters of the Mediterranean overnight.