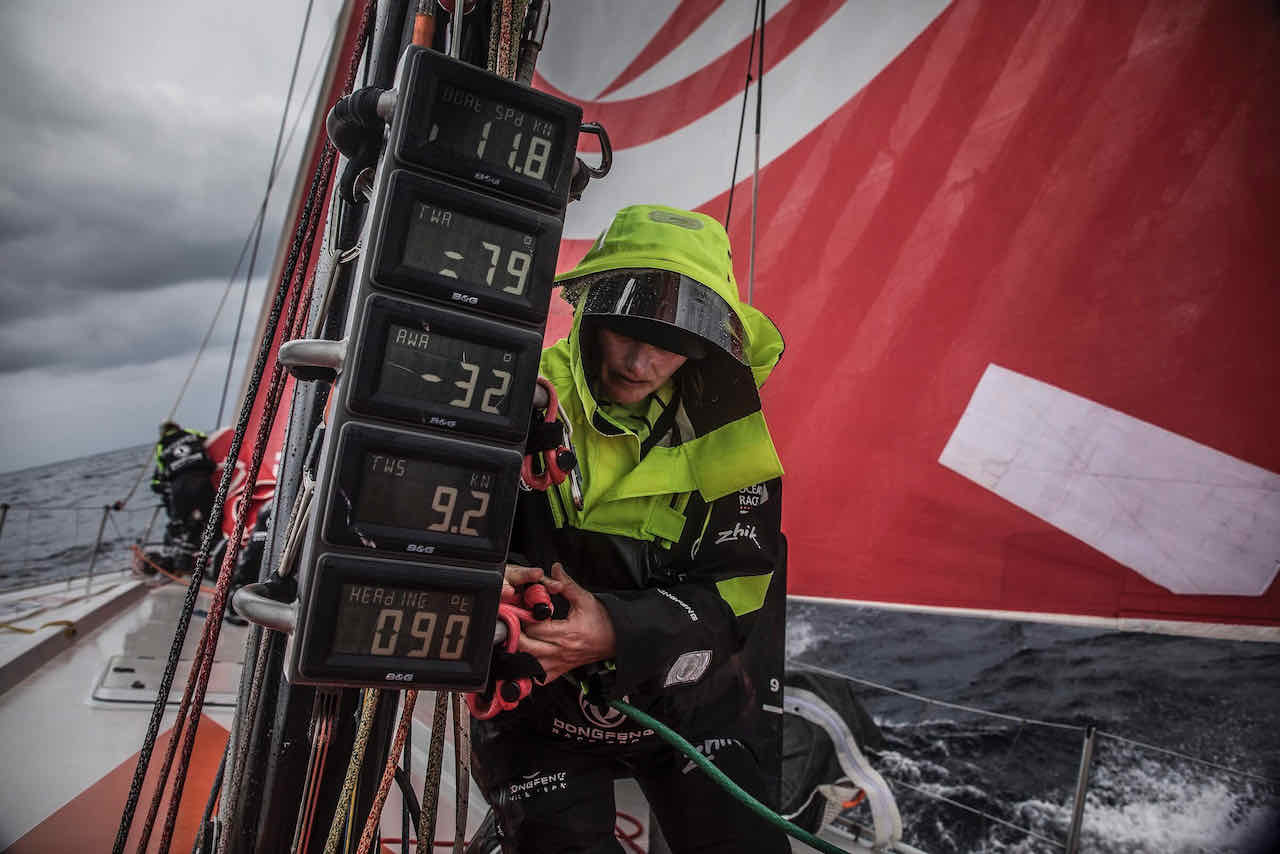 B&G – the world’s leading sailing electronics manufacturer – has returned as an Official Technical Supplier to The Ocean Race, including the upcoming inaugural edition of The Ocean Race Europe that begins May 29 in Lorient, France.

B&G has a rich and long tradition with The Ocean Race dating back to the original Whitbread Round-The-World Race in 1973 and has been a part of each edition of The Ocean Race since, including on-board every race winner of this epic adventure around the globe.

“B&G has been working alongside the Ocean Race organisers, teams and crews to not only provide the most accurate and reliable sailing navigation, but also to help develop and innovate new technologies for the wider sailing community for the last five decades, and we’re pleased to be back again for the 2022-23 edition of The Ocean Race,” said Simon Conder, Global Head of Brand, B&G.

“More immediately, we’re excited to follow this upcoming sprint around the Iberian Peninsula to Genoa in The Ocean Race Europe — a fantastic prologue to next year that will provide us some interesting insights into the two classes of boats competing in The Ocean Race.”

“B&G has been a critical and highly valued technical partner for the VO65 class since its inception for the 2014-15 edition of the Race,” said Neil Cox, Technical Director for The Ocean Race. “As the fleet prepares for a third race around the planet, this partnership gives the sailors the advanced technology, technical support, confidence and reliability they need to perform at the highest levels”.

“Looking at the IMOCA fleet, we know the sailors in this class also look to B&G for technical and performance solutions to the unique challenges faced when racing a foiling 60-footer offshore and we are grateful to have such a high level of expertise and support available to us at The Ocean Race through this strong relationship with B&G.”

The next edition of The Ocean Race is scheduled to start in October 2022 in Alicante, Spain with the finish at the Grand Final in Genoa, Italy in June 2023. It will be contested by two classes of boats, including the one-design Volvo Ocean 65 and the innovative, foiling IMOCA 60 class. Likewise, The Ocean Race Europe will feature both classes during a one-month offshore race, including several boats that competed in the most-recent Vendée Globe.

“The Ocean Race is one of the pinnacles in the world of sailing and with the addition of many of the fastest IMOCAs in the world it will make for an exciting event. Along with the VO65s many of these IMOCAs – including the recent Vendée winner — rely on B&G electronics to maximise their potential and their safety as they sail in the toughest of conditions, so it makes for a great partnership,” added Conder.

Along with the common goals of product innovation, maximising sailing performance and navigational safety, both partners also share a mutual commitment to sustainability.

The Ocean Race has made ocean health and “Racing with Purpose” one of its fundamental missions dating back nearly a decade, while B&G has made big strides in moving to plastic free and fully-recycled packaging in their new product ranges, as well as recently making sustainability one of its three corporate core pillars as part of its longer-term five-year strategy.

“In B&G we have a partner who is taking on the challenge of re-imagining its business with sustainability as a core pillar,” Cox continued. “Ultimately, we are all about sailing and the ocean is our racetrack and lifeblood. As sailors, it is only natural that our top priority would be to restore and protect this resource.”