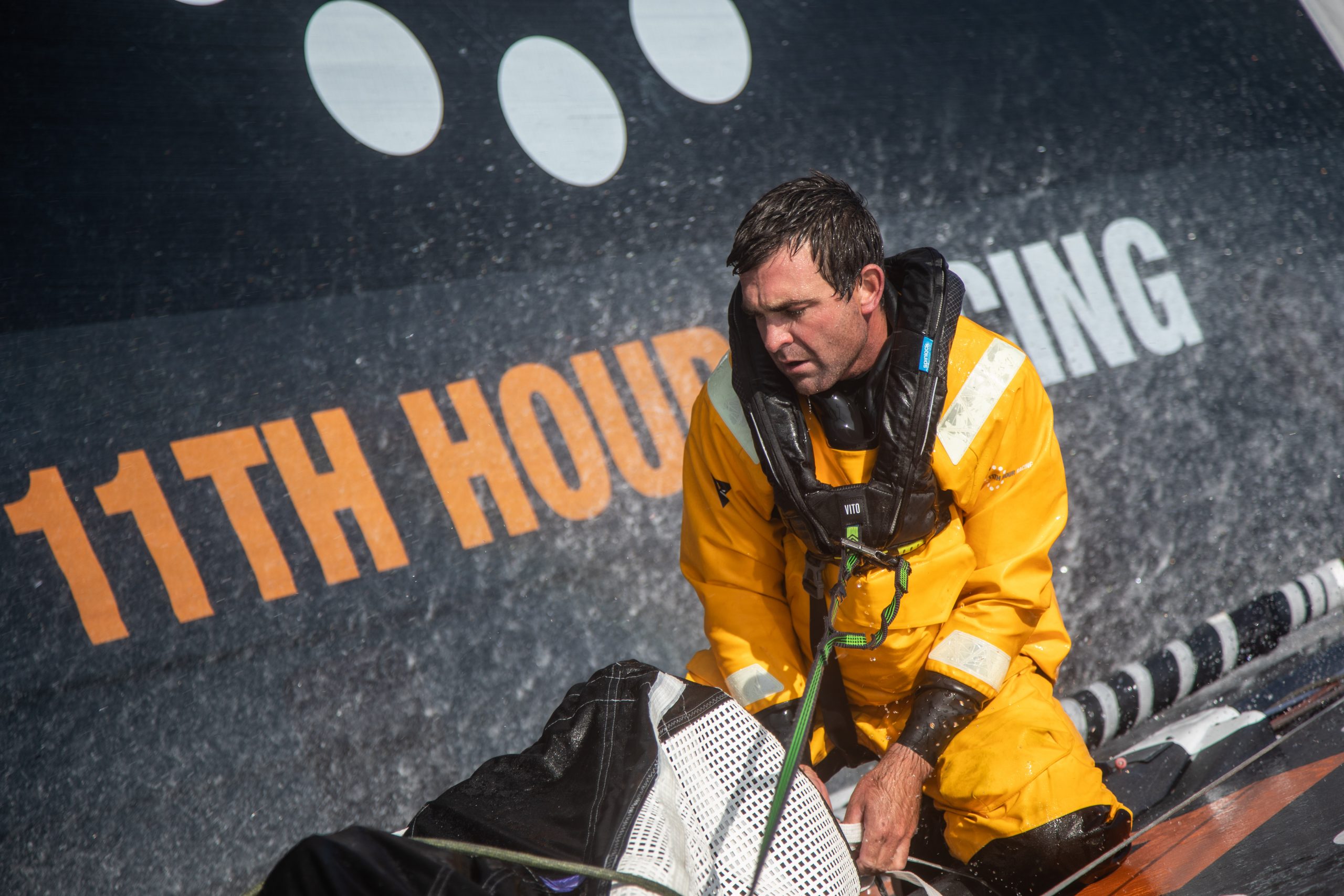 Two-time Ocean Race skipper Charlie Enright alongside Team CEO Mark Towill announced last September their intention to be at the start line for the next edition of The Ocean Race in 2021-2022, together with title sponsor 11th Hour Racing.

Since then, he’s been busy learning the ins-and-outs of the IMOCA 60 class, training out of Brittany before recording a fourth-place finish in the Transat Jacques Vabre late last fall.

We caught up with Charlie this week to gauge his views on the course for the next edition of the round the world race.

What was your immediate reaction to the confirmed route for the next edition of the race? What are the most notable elements of the course in your opinion?

It’s certainly an exciting new course, without a doubt. We’re visiting some places we haven’t been to before and that’s always something that adds a good level of interest from new fans in different parts of the world, makes it fun for the teams and adds overall excitement to the course. Adding in Cabo Verde certainly mixes things up a bit, Australia to starboard will be interesting, and the litany of European stops that will have a different feel to them then in the past. In my opinion, finishing in the Med is probably one of the most notable changes we have on this course.

You know, those distance numbers are a bit of marketing buzz to be honest. I’m sure I’m echoing what others would say but it’s really about the distance you sail and the kind of sailing during the course that matters much more than any sort of specific number that is referred to by the race or the media. Less pitstops generally means less operational and logistical planning for a team — so I think it’s nice that those were tightened up a bit – and it might be nice to see one or two less even in future editions.

What stands out for you as likely to be the most challenging leg from a sailor’s perspective? Briefly explain why?

There are challenges all across the globe with this race. That’s one thing that makes our race and the event so special over nine months. If you forced me to pick one, I’d probably have to say Cape Town to Shenzen as the most challenging mostly because it’s going to be so diverse. It will have gruelling Southern Ocean sailing, an upwind equator crossing, a lot of funky navigation — for lack of a better word — and expecting it will have double points puts an extra emphasis on it for any team as well. Just a very complicated leg.

That leg traditionally had two big elements, the decision to go west or take the African Coast, and then how far west do you actually go to see what kind of weather system you can hop on off the coast of South America. With the addition of Cabo Verde, you take the first part out of the equation and you break up the leg. You’re also going to a part of the world we’ve never seen before so for that reason, I’m pretty excited about it. Coming through the Strait (of Gibraltar) is always an exciting proposition no matter where you are headed so I think there’s plenty of tactics even if one of the “big decisions” is not quite in play with Cabo Verde added.

The leg from Cape Town to Shenzhen, China will be testing for the crews as it features plenty of Southern Ocean sailing as well as taking the fleet through the Java Sea for the first time. What are likely to be the key stages of this leg?

As I mentioned earlier, this leg will be a challenge. You come out of Cape Town in Southern Ocean conditions — which I basically call “grip it and rip it” type sailing. Then there will be a variable way point before you can turn left, which will be safety and ETA driven in terms of its location. When you turn north eventually you go through that Tropical Depression with alot of upwind work. The second part is more nuanced with plenty of navigational complexities so it’s just going to have a lot of variety.

I’m sure it will be the same transatlantic sprint that we typically have had. It might be a little bit colder and maybe a little bit longer going over the top but it will have that traditional North Atlantic uncertainty and that’s the key. It will also depend a bit on the ice limit on that leg and where that is relative to the gulfstream but otherwise, I don’t think the city change will make this leg much different — more what the timing will be.

There are so many different races within races in this leg — almost too many to go through all the key milestones. The English Channel can be a nightmare. Hopefully we’ll have some nice northerly trade winds along the Bay of Biscay and Iberian Peninsula. Gibraltar can be a nightmare and then of a sudden it could be glass. Or you could see the Mistral. It could be very complicated. There could be things like specialty sails coming into play. It’s going to be a sprint for sure without your typical watch system that you’d see in traditional offshore legs.

Is there anything you would like to comment on regarding the course or the next edition of the race?

With everything going on in the world right now, the most important thing is that people stay safe and healthy. We’re lucky in that our event is still a ways off. Knowing that Spain and Italy are both countries that have been hit really hard with this pandemic we hope that the race start and finish can be a chance for people to come together in ways they haven’t been able to lately! But that’s obviously tough to focus on right now while we are in the middle of it. So we all need to continue doing our part by staying home and staying safe.