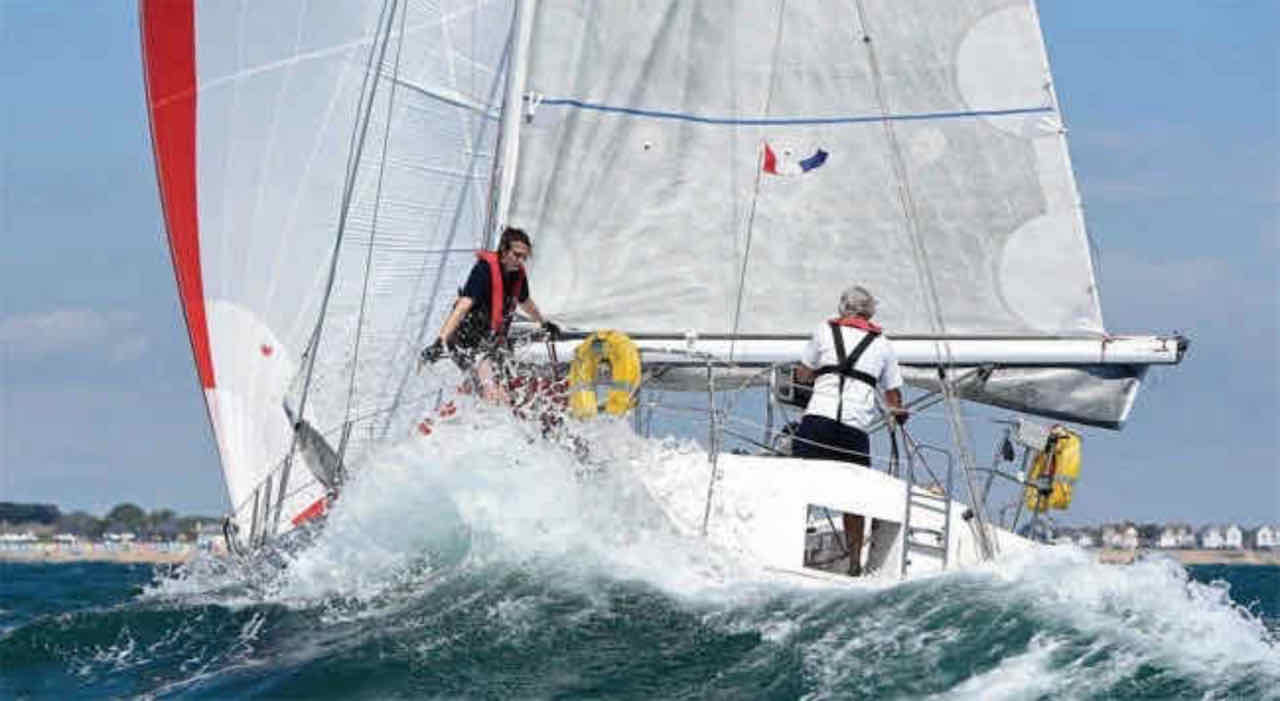 Larry Rosenfeld, founding president of Offshore Doubles, makes the case for the exciting new Olympic sailing discipline that could be a part of the Paris 2024 Games.

How many minutes of sailing have you seen covered on your TV in the past few Olympics? We, the sailing public, would of course like to see more. In an effort to make it more exciting we changed to faster, more exciting boats and even foiling but there has been little change in the amount of mainstream coverage sailing has received anywhere in the world.

Why is this important? Especially as we’d like to see our sport grow and greater mainstream media coverage is one way to help that.

The new Mixed Offshore Doubles Olympic Event tentatively scheduled for Paris 2024 (Marseilles) certainly has the potential to shake things up in this area and bring sailing to the mainstream public in a more humanised and accessible way – being on tap to view online 24/7 throughout a single ‘medal race’. Like the Olympic downhill… but with more than that 100 or so seconds in which to enjoy it.

Imagine being able to listen in on the conversations of the one-man- one-woman double-handed teams working together through the emotional highs and lows of a nail-biting offshore course. The adrenaline- pumped voices as they battle for position at the start or as they debate tactical and trim choices at the limits of exhaustion and mental fatigue after pushing hard for two or three long nights of no wind, too much wind and constant tactical and strategy decisions. All viewed in real time with an Olympic gold medal in the balance.

No one can imagine a better place for the inaugural Mixed Offshore Doubles Event than France. In 2001, when we raced around the world in giant catamarans in The Race on Team Adventure, 85 per cent of the French non-sailing public knew not just our boat but many of our names because they had been following us on radio and TV for the entire trip.

The spirit of high seas adventure has long resonated with the French public. We finished that circumnavigation a full three weeks after race winner Grant Dalton on Club Med, yet there were still more than 50,000 people out to cheer us home in Marseilles.

The most recent example of what this all means to the French public is that when the Vendée Globe started a few months ago more than a million e-sailing enthusiasts joined the virtual Vendée to try their hand outsmarting the singlehanded men and women sailors through the Southern Ocean for three months around the world. This is engagement of the non-sailing public greater than ever before and it’s a big way that we can grow our sport.

Sailing and racing in boats broadly similar to those used in the Olympic event make up about 70 per cent of our sport. Vast numbers of 20-36ft racing and cruising boats grace yacht clubs and anchorages around the world. This is relatable sailing to a great many people with a dose of adventure and all its twists and turns. It’s the first time in the sport’s history we get to tell the human story of competing night and day.

Stan Honey, who among his many other talents and successes – on and off the water – has been responsible for much of the best known innovation in viewing sports on TV (including the America’s Cup, NASCAR and US Football) said, ‘My broadcast TV producer friends have been telling me for years that sailing was too complex to compete for viewers’ attention – but they have also been calling me to say how they would love to be involved in this story because it could potentially be made so much more relatable to such a wide audience. This could be the breakthrough… if we do it right.’

However, if this thing were to succeed Stan, along with Matt Allen and Dina Kowalyshyn, all also on the council of World Sailing, quickly identified the need for an organisation to bring the discipline together globally… and they asked me to get it started! When we started the Offshore Doubles Sailing Association in mid-October we were very gratified by the immediate interest from around the world. In just one month we had 1,600 members from 66 countries on all six populated continents. Our Facebook page has been filling up with video stories about many different teams and why they are so interested in Mixed Offshore Doubles as a discipline.

Our next steps for 2021 are co-ordinating with World Sailing on the major events over the next quad, starting with this year’s Olympic training and world and continental championships. Our plan is to find an equitable way to showcase the fantastic boats that have been built and are being designed for the fast-growing two-handed segment of the sport. In addition, we will be working closely with our members, federations and race organisers to share best practices of safety, boat equalisation and other appropriate rules for double-handed racing to make it easy for race organisers to include Offshore Doubles in as many of their events as is practical.

And of course with the pandemic Double Handed sailing had got a big boost in 2020 and into 2021. Nevertheless, as a discipline it has been around for decades and our founding partners – IRC, RORC, Storm Trysail Club, ORC and others – have been enthusiastically running double-handed races for years. But with their help and yours we now plan to take this thing to the next level.