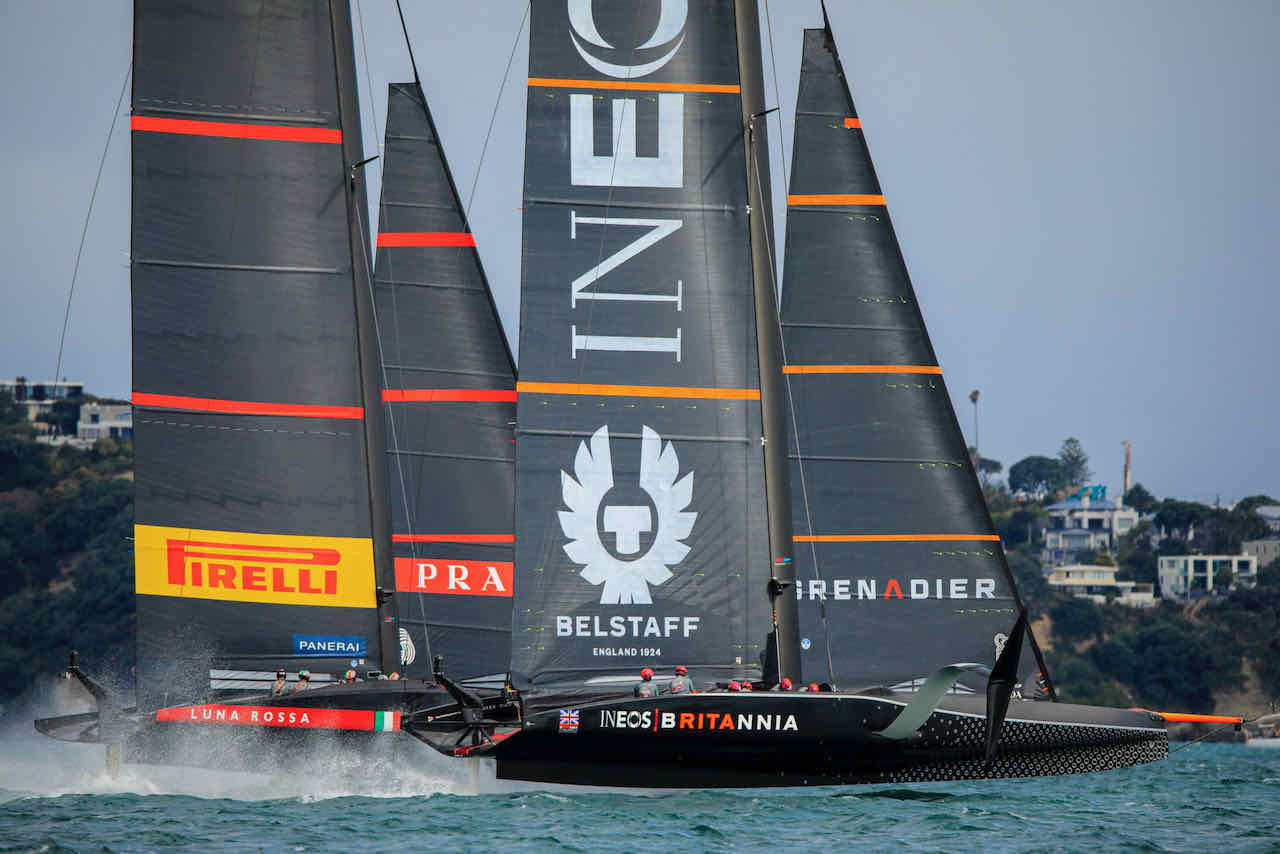 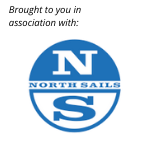 Pre-start, Ineos Team UK had to set it and (hope to) forget it. Ainslie remarked in the post-race interview that his team was “missing one of the key power settings.”

Ken Read, President of North Sails, understood what was happening and why Ineos Team UK was struggling. In this high-performance foiler, the sail plan’s adaptability has become reliant on the Cunningham like as never before; it is now a vital factor in an AC75’s performance. Read took the opportunity to explain how Ainslie’s commentary is related to North Sails Helix Structured Luff technology.

“For most sailors watching, a Cunningham is a little string on the luff of the mainsail, just above the tack,” he said. “You pull it down; it tightens the luff, and that’s your upwind mode. You let it off for downwind mode. Wrinkles/no wrinkles – not a huge speed producer.”

Not the case in the 36th America’s Cup– wherein in this new age of the AC75 foiling monohull, the little Cunningham has a big job.

It takes some serious power, or sail depth, to lift the 6.5-tonne AC75 out of the water.

Initially, the AC75 needs massive depth in its mainsail to generate power for lift-off. As soon as the boat is foiling, that depth becomes drag and the mainsail needs to be flat. As the boat accelerates, the mast bends, and a significant part of that bend comes from the Cunningham’s action.

Therefore, the sail flattens, and boat speed increases geometrically. Turn the corner and head downwind, and you want some of that power back; the Cunningham gets eased. Rinse and repeat!

On a conventional boat, that would require changing the mainsail’s size by reefing up and down; on the AC75, this rapid, radical control of the mainsail is achieved by applying and reducing extreme tension at the luff– the Cunningham.

The ‘tiny little string’ has become a highly engineered, immensely strong component of the North Sails Helix structured luff system. It is, literally, the leading edge of sail engineering.

North Sails initially developed Helix structured luffs for downwind and reaching sails to enable them to operate in a wide wind range, including partially furled. But the AC75 yachts for Ineos Team UK, Luna Rossa Prada Pirelli, and Emirates Team New Zealand demanded a much higher level of Helix integration.

Ken Read says the innovative Helix design philosophy is changing sail construction and sail trimming forever. “The Cunningham has become the foot pedal that modifies the sail plan to do everything you need in a complicated racing yacht.”

Traditionally, the mast bend is controlled primarily with the aft rigging– from the basic backstay to the most complex runners and checkstay configuration. The Cunningham is used to fine tune. However, if the Cunningham can become the one control to do it all, you greatly reduce drag as well as the complexity (perfect for cruising boats and short-handed boats), in turn, it increases the reactivity (essential for fast boats).

When integrated into a 3Di sail, the Helix structured luff demands a highly engineered carbon fibre taping system, built into the sail’s structure by robotics and then consolidated over a three-dimensional mould. In a complete turn-around from conventional sail-making, the Helix taping layouts within 3Di sails create new ways to look at sail trim across a wide range of shapes. The Helix concept is now available exclusively in sails designed and manufactured by North Sails for both racing and cruising- upwind and down.

It is trickling down, fast, to a sail plan near you.

Read predicts that every sailboat, from weekend cruiser to offshore multihull, will have some form of Helix involved in the future. “That means people will be able to trim sails in ways we haven’t seen before. They will need to learn a few new tricks with these features in the sails, but the efficiency of your sail plan will change dramatically. It will reduce the number of sails you actually need in your inventory. And you don’t have to own a foiler to take advantage!” 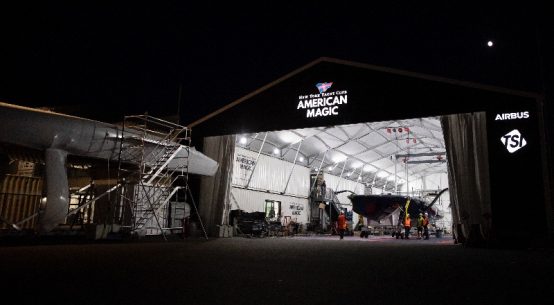 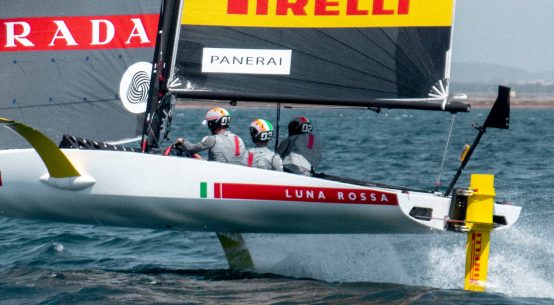 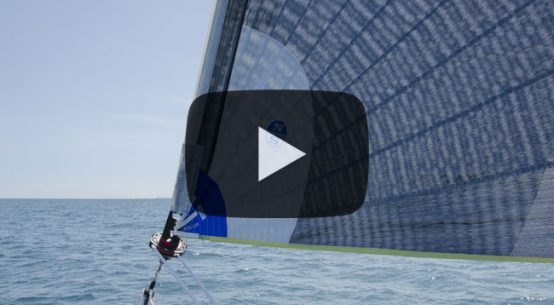 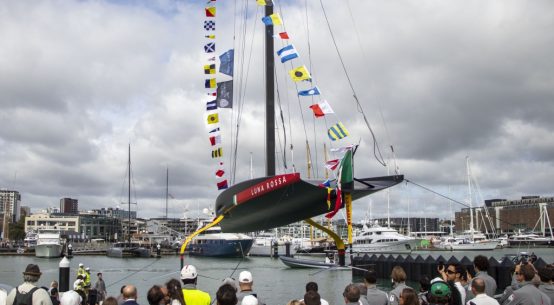