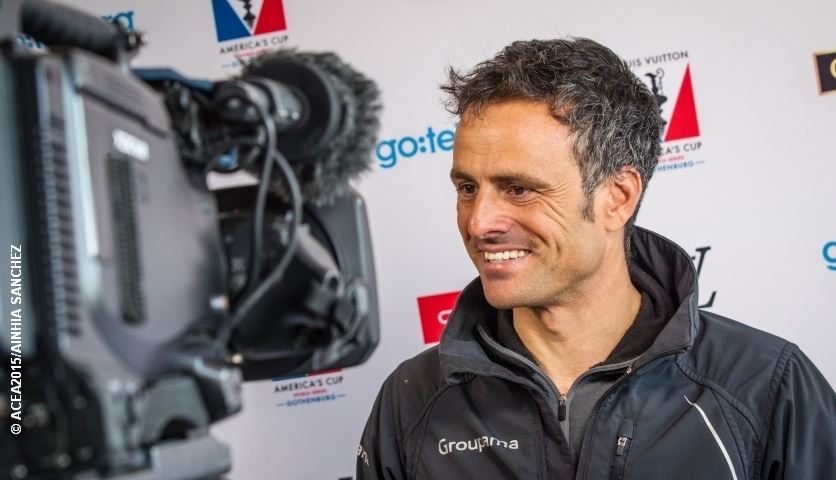 Cammas made that clear in a lengthy interview with Italian newspaper La Stampa during a break in the GC32 catamaran tour which his team leads after three of the five regattas in Europe.

Cammas, 45, said he hoped his future was the America’s Cup after a promising debut in Bermuda last year.

“It’s the sailing I want to do … the top competition, everything is devoted to the performance.”

Money remains the biggest obstacle after losing his long-term backer Groupama. He estimated he would need a minimum budget of €20-million (NZ$35m) a year.

“We are trying to find the financing. But it’s not an easy time in France. We do not have rich enthusiasts like in Italy and the sponsors are more focused on ocean racing,” he said, adding he was “open-minded” about offshore financing.

“Team New Zealand does not just have Kiwi sponsors, does it?”

A multi-hull wizard, Cammas described the foiling 75-foot monohulls to be used in the next Cup as “foils of the present” but he appeared open-minded about their potential.

“I think the foil is more congenial for the catamaran, the lift from the water is easier, it has more stability, it’s easier to fly. With a monohull it is a novelty, except for the Moth, which however has other dimensions,” he told La Stampa.

“So far it has not been possible to prove it and study it. Now we’ll see. I have no idea of the technique, but I think engineers will find the best way to fly them.

“The regatta starts from the computer. Like Formula 1, the America’s Cup is continuous technological innovation.”

He conceded Team France would probably need to get involved in the TP52 circuit to tune into the monohull racing and that would mean additional expenses.

That could prove a lifeline to Team France who don’t want to waste the investment they made in Bermuda.

Cammas, whose hopes of sailing the Nacra17 catamaran at the Rio Olympics in 2016 were dashed by a serious foot injury, admits his dreams in that direction appear limited now.