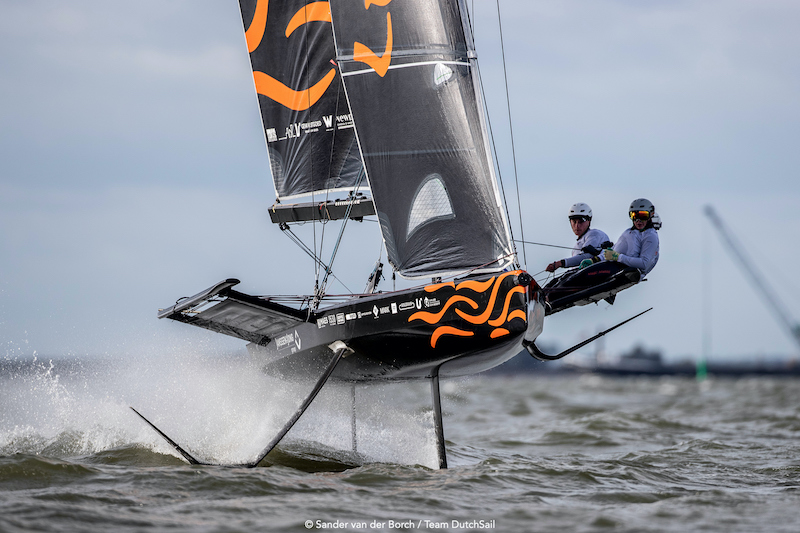 “We were already going downwind at 29-30 knots and then I saw a gust coming and I just thought: this is going to be it,” said Lars van Stekelenborg who was helming at the time of the record run.

“I had to squeeze the rudder as hard as possible to keep steering well and then the boat kept accelerating. With one eye on the clock and with my other eye looking in front of the boat I saw: 34.0; 34.7; 34.9. But then the rocks come towards you very fast and you only can think about a controlled rise to an upwind course, especially at that speed.”

Team DutchSail – Janssen de Jong which sails under the flag of Yacht clubs KNZ&RV and KRZV De Maas, was originally formed with the aim of participating in the since Covid-cancelled Youth America’s Cup in Auckland, New Zealand.

The team is made up of sailors under the age of 25 and is now focussing instead on competing on the 69F class circuit under the guidance of team coach and former Olympian, Pieter-Jan Postma.

For the Porto Cervo regatta the team consists of the following sailors: