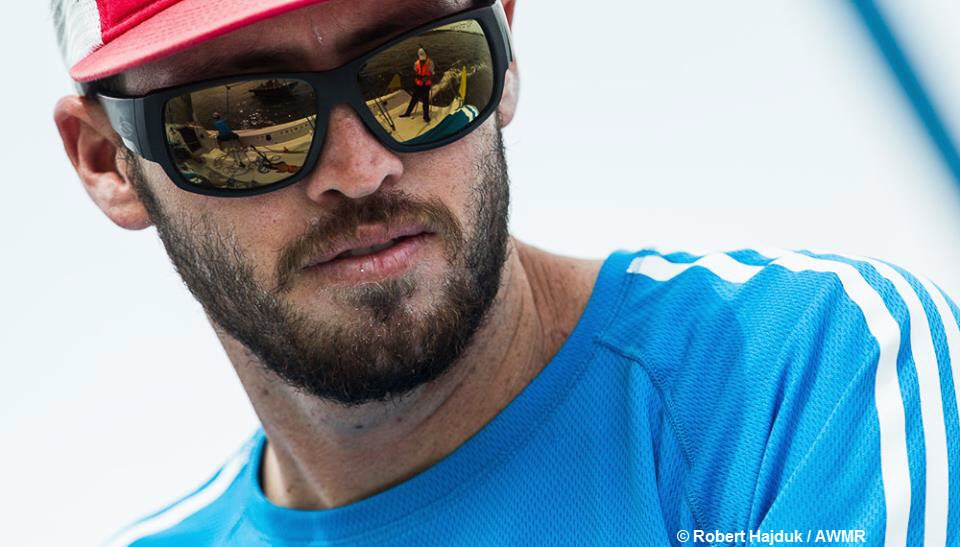 As previously speculated a few days ago a second American syndicate led by young match racing star Taylor Canfield has today become the fifth official challenger for the 36th America’s Cup to be held in 2021 in Auckland, New Zealand.

The Stars & Stripes Team USA campaign is headed by Canfield and his close friend and fellow professional sailor Mike Buckley in partnership with California’s Long Beach Yacht Club. It’s the first time in over 15 years that an all-American team has challenged for the America’s Cup.

Formerly known as US21 the team’s new name has come as a surprise. The Stars & Stripes reference harks back to the all-American campaigns of the 1980s when Denis Conner and the San Diego Yacht Club won the 26th and 27th editions of the America’s Cup.

“Our goal is to win the America’s Cup by building an inclusive and authentic, American team that reignites the passion for sailing in this country,” said 36-year-old Buckley. “We have been working on this team for over a year now and I’m thrilled we can finally break the news that our Challenge has been accepted.”

Although just 29 Canfield – from St Thomas in the US Virgin Islands but currently based in Miami – has an impressive professional sailing CV.

He was crowned World Match Racing Champion in 2013, is a four-time winner of the Congressional Cup international professional match racing event, and has been ranked the number one match racer in the world for three of the past five years.

Since then, Buckley says the team has experienced surge of home-grown support.

For his part Canfield said the announcement of the second American challenge has fulfilled a lifelong personal dream.

“It has been my professional goal to compete in the America’s Cup my whole life and I am confident we will be very competitive in Auckland,” he said. “We have already begun assembling our sailing roster and will announce more details soon.”

“We’re proud to have been a part of Taylor’s professional career and believe his match racing pedigree will add to Stars & Stripes Team USA’s competitiveness in Auckland. We couldn’t be happier to partner with the team in their bid to bring the Cup back to the America.”

Leading the syndicate’s design team will be two-time America’s Cup winner JB Braun who brings with him more than 20 years of Cup experience. Braun most recently worked with Oracle Team USA on their 2013 and 2017 America’s Cup campaigns.

Stars & Stripes Team USA has already started building their AC75 race yacht in Michigan – a build process that has been accelerated by a design and technology package purchased from Emirates Team New Zealand.

Other notable management heavyweights include COO Tod Reynolds – the managing director of the Louis Vuitton America’s Cup World Series Chicago event in 2016 – and General Counsel Melinda Erkelens – an industry veteran who has been involved in five America’s Cup campaigns, including a win in 2010 with BMW Oracle Racing.

Despite appearing to be perilously late to the party compared to the well-established and better funded teams like Emirates Team New Zealand, NYYC American Magic, INEOS Team UK, and Luna Rosa, Stars & Stripes Team USA appears to be further along than the fourth confirmed challenger Malta Altus Challenge who are yet to confirm their lead sailor (rumoured to British Olympic gold and silver medallist Iain Percy).

Although lacking billionaire support like several of the big teams Shaffer said he firmly believed the new American team would be a force to be reckoned with when the racing action begins at the 36th America’s Cup.

“Our funding to this point has come from a number of founding patrons from coast-to-coast who are passionate about our message and I think that’s indicative of our inclusive aim,” said Shaffer.

“We’ll be competitive with a budget that is less than many other teams by leveraging our late entry. Ultimately, time is your biggest hurdle in the America’s Cup and we are confident that we’re well positioned to be very successful in 2021.”

More details of the Stars & Stripes Team USA campaign are expected to be released at a live-streamed public launch event in Los Angeles scheduled for early 2019.