Skip to content
You are here
Home > LATEST > Tailored beauty 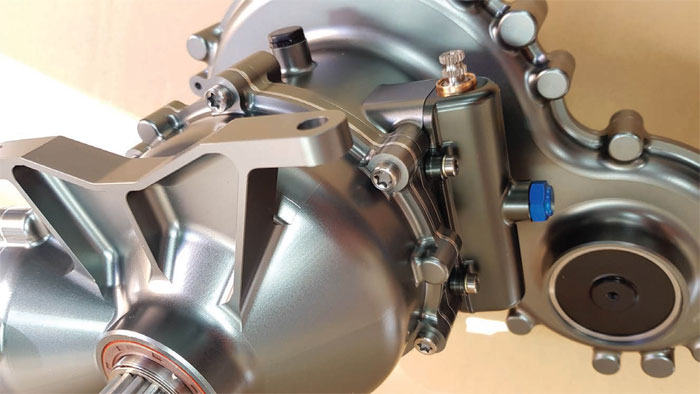 For the past 15 years, stayinphase has been quietly fulfilling the demanding engineering requirements of some of the most iconic racing yachts of modern times.

Now this small but highly nimble engineering company is looking to deliver the same expertise and attention to detail for the superyacht industry.

Based in the west of England, far from the traditional hub of the marine industry, CEO Jon Williams and his expert team have made a name for themselves working behind the scenes on high-end racing projects such as the 100ft Maxi yacht Comanche, the Maxi 72 Bella Mente, SoftBank Team Japan and Artemis Racing in the 2017 America’s Cup, and the AC75 American Magic in the 2021 America’s Cup.

In the offshore world, stayinphase has worked on a number of Volvo Open 70 and IMOCA 60 projects over the past 15 years, including Ericsson Racing and Groupama’s victories in the 2008-09 and 2012-13 Volvo Ocean Race.

So what exactly does stayinphase do? ‘We work closely with our clients in delivering winch systems with the highest levels of reliable performance and efficiency, along with many other advanced development projects for performance craft,’ says Williams. ‘We aim to take the load off the boat captain or project manager, because they’re already busy being pulled in a hundred different directions.

‘A lot of projects will take delivery of two crates of boxes from an OEM manufacturer, and then it’s up to the project manager to work out how to fit those winches and other deck hardware to the boat. This stuff shouldn’t be an afterthought, and clearly lots of people in the industry agree with us because that’s why we’ve been kept so busy. Our particular approach is to ensure that the hardware is fully integrated into the rest of the boat so that everything is aligned for maximum efficiency and reliability.’

Williams built his reputation working for BMW Oracle Racing for the 2007 and 2010 editions of the America’s Cup. That led to being asked to do some of the detailed engineering on Torbjorn Tornqvist’s TP52 Artemis for the 2007 season. It was a ground-breaking boat that caught the eye of the rest of the TP52 fleet and helped to launch Williams’ new business.

Word of mouth recommendation around the racing scene has kept stayinphase busy on exciting projects ever since. ‘A notable project for us was the 100ft Comanche during 2014. This was a programme that was simply unwilling to accept the risk of compromise by using underspecified equipment. This project gave us a full-length runway with all the resources we needed to design, construct and install a class of equipment never seen before. This team went after the biggest prizes in ocean racing with a system they could depend upon and push to the maximum. That’s what they asked us to deliver, and Comanche’s results speak for themselves.’

In a racing environment, every second around the racetrack counts. Breakdown is not an option, although Williams has been surprised at what the marine industry has been willing to tolerate, even at America’s Cup level. ‘On the OneWorld campaign from 2000 to 2003, 75 per cent of my working time was undertaking basic maintenance, replacing broken or worn equipment, not actually asking the fundamental question of whether we could create better systems that wouldn’t fail in the first place.’

Part of the reason why Williams is so intolerant of failure is due to his background in motorcycle racing. One of his close engineering colleagues, Tim Preston, went on to become F1 world champion as Damon Hill’s race engineer. ‘Tim and I were always tinkering around, looking for new and better ways of solving old problems, and that’s the attitude I’ve carried over to the sailing world. With our winch systems, we approach every new project as being a progression from the last and with the enthusiasm of our first, and now we’re looking to do that for the superyacht world.

‘Just as in the racing environment, with the size of loads involved in a typical superyacht, you can’t afford high wear and mechanical failure because the result could be catastrophic. A lot of the equipment that we have been asked to put into these boats, to be honest, the service capability, the service life, and the performance of the equipment is just miles away from where it should be, which is why increasingly we have developed our own hardware range.’

Stayinphase is ready for the next phase of its life in the superyacht world. As the dreams and desires of naval architects and superyacht owners become ever bigger and more ambitious, so do the engineering solutions need to be world class and beyond question.