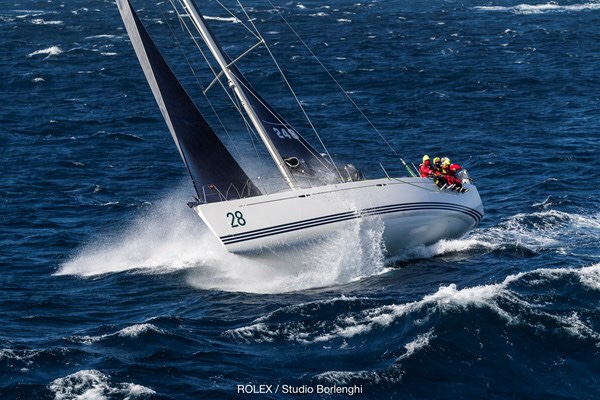 Australia is burning, but right now there is a small respite with mercifully lower temperatures as Christmas approaches.

So, the National focus returns to Australian summer sport.

Boxing Day, in Australian means the second Cricket Test in Melbourne and the Rolex Sydney Hobart

The Australian cricket team will be aiming to smash the Kiwi in the Melbourne Test if, for no other reason, it’s a surrogate victory over England, who were beaten by New Zealand only a few months ago.

And the 628 nautical mile 2019 Rolex Sydney Hobart, the 75th running of the race will start as always on Boxing Day (December 26th) at 1 pm, local time. The current entry number is 157, probably the fourth largest fleet ever.

The Big Boat race on Sydney Harbour is the traditional start to the Sydney Hobart build-up, but this year the visibility on the Harbour was so poor that the race was cancelled.

There is a small less threatening weather window at the moment, with temperature possibly in the 20’s at start time before the fleet heads down the New South Wales coast across the Bass Strait, rounded Tasman Island into Storm Bay and 11 miles up the Derwent River, to cross the finish line in Hobart, Tasmania.

In the first race in 1945, British Naval officer Captain John Illingworth skippered Rani to win both line honours on elapsed time six days 14 hours and 22 minutes  on handicap. The race has run every single year since.

Since that famous British victory, there have been 27 overseas line honours winners, the last of those was the then USA owned  Comanche in 2017.

WO XI had completed the course in an unofficial record time of 1 day, 08 hours, 48 minutes and 50 seconds.

Not a lot of love at the pointy end of the fleet. Last year more protest drama for WOXI.

Dockside in Hobart grumblings to the media from Blackjack owner and sailors.

A  Race Committee protest was lodged against the supermaxi after runner-up Black Jack claimed post-race that WOXI’s Automatic Identification System was not on during sailing.

But the Protest did not make it to the hearing stage, much to the fury of Skipper Mark Richard, who felt robbed of the opportunity to explain that Channel 7 high-intensity microwave transmission from WOXI, while she was in Sydney Harbour, had interfered with her electronics. And no one told WOXI she was not transmitting during the race.

While VHF AIS is a safety requirement, it has little relevance from a racing viewpoint, as the boats can see each other’s position much more conveniently via the Rolex S2H tracking display on the event website. Notably, the 2019 Sailing Instructions specifically rule out lack of AIS signal transmission protests.

Now the supermaxi battle for the line hours Illingworth Trophy is set to resume for the familiar five. It will run across mainstream media, second only to the 100 or so bushfires.

The supermaxis are complex machines operating under enormous loads, and things do not always go to plan for them.

She experienced a major rig failure when doing  31 knots in the Cabbage Tree Island race in November 2019. The crew somehow managed to keep the rig in the boat and limped into port. An intensive effort saw the boat back on the water by December 10th, with a new bottom mast section and rebuilt deck and hull structures.

WOXI is going into the race with a new front foil and  400kg lighter than last year’s race and will undoubtedly be faster.

Blackjack has shown that her 2019 rebuild has delivered significant downwind speed advantages.

She had a metre added to the bow, and a metre cut off the stern, effectively moving the rig back a metre, and she is not so bow down.

The conditions that would suit ‘Comanche (reaching) and InfoTrack (in true upwind conditions) are not expected this year, so one of Blackjack,  Oats XI and Scallywag, now have similar weights, geometry, sail areas and speeds should be the winner.

Then there is the more esoteric adventure, the Tattersalls Cup, the IRC handicap race.

But the pressure is rising. Craig Neil and Bob Steel re-purchased of Steel’s Quest, which was second just 10 minutes behind  Ichi Ban in 2017.

Quest won the Bird Island Race at the end of November,  one of the only boats to beat Ichi Ban this year and Matt Donald and Chris Townsend’s Gweilo, second home behind Black Jack taking an impressive IRC Overall win in the Cabbage Tree race will be a contender.

Matt Allen “There’s going to be quite a few transitions that will put pressure on the tacticians, navigators and watch captains. To win the race, I think the all-round performers will have an advantage over the rest. ‘

The weather models are not yet entirely agreeing, but it seems there will be a 10-15 knot north-easterly winds, so a spinnaker start, with those winds building briefly to 25 knots then easing to 10 to 15’s on the first night, then the leaders will meet a weak southerly front sometime on Day 2 morning. Then more following breezes, then another soft change. Certainly, enough changeability to keep navigators and tacticians interested.

The Line honours winner will be one of the five hundred 100 footers from Div 0, and the handicap winners will most probably come from the TP52’s in Div 1 say 75% chance with a 20% chance from division 2, 4% from division 1 and 1% from div 3.

As well as Yellow Brick tracking, the Sydney Hobart fleet continues its mandatory HF Position skeds, with a larger fleet there will be two role calls morning and night. Any boat that does not provide a position report twice in a row is DSQ.

The Green Cape declaration that boat, crew, motor and radio are in working order, which can come as early as midnight on day one for the leaders is often telling. Although it will not surprise if one of the super maxis, usually the second boat on the water, declares a tad early to keep the pressure on the leader, there will be similar gamesmanship as the leaders round Tasman Island and report to Hobart Race Control on VHF.

One thing we can be sure of is that the 75th annual Rolex Sydney Hobart race will see epic battles across all the divisions. I will be tacking all the action and over the coming days will share my personal perspective on how this Bluewater classic plays out.