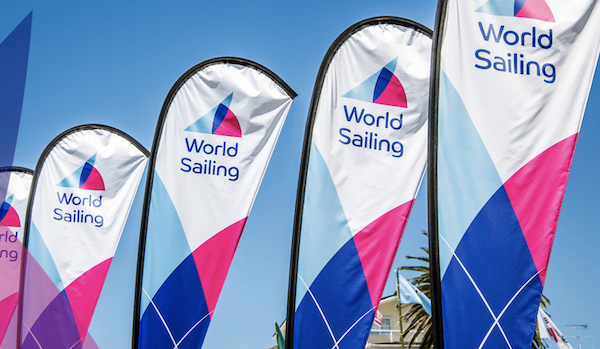 Following reports in several media sources regarding allegations of a breach of the World Sailing Code of Ethics by the organisation’s President, Kim Andersen, he has issued the following statement.

“My intent as President of World Sailing over the last four years and throughout my entire time in this sport has always been to make sailing stronger and doing good things for our sport.

That is why it is extremely disappointing to see our sport being misused by a small group of sailors to smear the name of World Sailing and personally attack me with false claims. To grossly misuse the World Sailing Ethics Committee as a political tool and put into disarray the image of World Sailing by fabricating claims and using a misunderstanding as an ethics claims is unacceptable.

Over the past few months, the World Sailing Ethics Commission has been investigating a complaint by two World Sailing Board members. From the very beginning of this process, I made it clear that the events in question did not in any way justify an investigation before the Ethics Commission. It was an unfortunate misunderstanding between Board members, which had been blown entirely out of proportion and has been used by some as a political tool.

It has been disheartening to see questionable actions coming from within the Ethics Commission itself. The Ethics Commission, unfortunately, chose to appoint an Ethics Officer – Mr. Josep Pla – who was clearly not independent or impartial in this case. When I sought to challenge this plainly political and inappropriate appointment, my objections, which followed due process, were ignored by the Chairman of the Ethics Commission – Mr. Dieter Neupert.

Mr. Pla proceeded to issue a clearly flawed, biased, and one-sided report on the matter which, despite his best efforts to portray me in the worst possible light, ultimately concluded that no further action needed to be taken against me aside from the issuing of a warning.

As a direct result of the improper and political manner in which Mr. Neupert and others have misused the Ethics Commission in this case, 3 members – Mr. Nicolas Hénard, Ms. Jo Keen, and Mr. Ùlfur Hròbjartson – have all resigned in protest. Once again, it is very unfortunate that there are some individuals who are clearly attempting to misuse the Ethics Commission for their own political purposes – the Ethics Commission has lost three excellent and impartial members because of it.

In the last months, there has been a blatant disregard of the World Sailing Rules, due process, and principles of natural justice within the Ethics Commission. From the improperly constituted Commission to having the interim Ethics Chair personally reaching out to MNAs to nominate new members (breaking Regulations 8.14.2) to the appointment of Ethics Officers that are neither independent nor impartial has led to members of the Commission resigning in protest.

As the Ethics Commission now has only 4 members, when it requires a minimum of 7 in order for it to be properly constituted and issue decisions, the matter is, therefore, being sent before the World Sailing Judicial Board who I hope will refer the matter to an Independent Panel.

I would like to take the opportunity to thank you all for your words of encouragement, I very much appreciate the support from the Sailing community.

As I will be actively participating in the process mentioned above, I will be making no further comment on this matter until that process has been completed.”