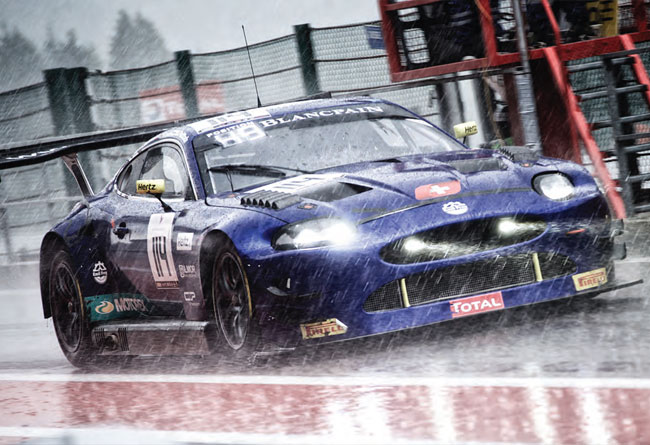 Holding up a superyacht mast or getting the power from the engine to the wheels on a 950hp race car are a relative walk in the park when your first project was creating carbon cables for a 124-metre suspension bridge.

Many of the key innovations that advance the sport of sailing are not new inventions derived from first principles but spin-off applications of technology that has been fit for purpose in a different sector of industry. There are a few key drivers for dedicated R&D, like the America’s Cup, but the marine leisure market isn’t big enough to be the sole focus for a large hi-tech manufacturer’s research and development. And that’s where Carbo-Link comes in.

Invented as a light bulb filament, carbon fibre was later developed into a structural material by aerospace scientists before being adapted for thousands of applications from bicycles to body armour, badminton racquets and boats. More recently, due to its unique material properties – very low thermal expansion, no creep, no fatigue, no relaxation, extreme strength and light weight – carbon fibre has also become the high-performance material of choice for tensile and torsional cables, including yacht rigging.

Founded in 2000 by Dr Andy Winistörfer as a commercial spin-off from a lab led by the civil engineering luminary Professor Urs Meier at the Swiss Federal Laboratories for Materials Science and Technology (EMPA) and ETH Zurich, Carbo-Link is a hi-tech carbon fibre engineering company that works across many sectors – not just sailing but also civil engineering, industrial machinery, aerospace, motorsport and more.

It has the resources and economy of scale to maintain a fast-paced R&D programme that invents new carbon fibre cable and tube technology and continually refines the products that it supplies to various sectors. There’s a lot of cross-pollination. All design, engineering and manufacturing happens in Switzerland within an aerospace certified production facility close to Zurich. This allows Carbo-Link to collaborate with world leading institutions and commercial organisations. Being located centrally in Europe also simplifies logistics in delivering many solutions by road, air cargo from Zurich Airport or by sea from various sea ports not far away.

Carbo-Link’s CEO, Dr Winistörfer, was instrumental in bringing both bundled and consolidated carbon cables to market and has been leading the development of them ever since. He was part of the team responsible for the first viable terminations for carbon cables in the 1990s and solved the crucial, thorny problem of how to anchor them reliably to other materials. The initial drivers were cutting-edge civil engineering projects, but just a few years later it was being used for America’s Cup yacht rigging, too.

Pioneering technology
The core cable technology used in early Carbo-Link rigging was first developed by Meier in 1987 and commercially implemented by Winistörfer and others from EMPA in 1996 to handle the massive static and dynamic loads of a 124-metre cable-stayed bridge near the Swiss city of Winterthur.

They designed the bundled cables – some of the strongest ever made, with loads up to 1,200 tonnes – headed up the engineering team and oversaw the manufacturing. 30 years on the cables are still in perfect condition, proving beyond doubt their longevity and reliability. The bundled cable technology was licensed to manufacturers, including for yacht rigging – and is still being sold today.

CL Solid
Bundled carbon cables were a better yacht rigging solution than alternatives on the market 15 years ago such as Spectra, PBO, Vectran and metal rod. However, they aren’t ideal. The bundle of cables needs a cover for protection and to be held together. This has to be removed regularly for inspection and then replaced with a new cover, so the whole lot has to be taken off the mast and shipped back to the supplier for servicing. Also, it increases the cable diameter which results in extra wind resistance. The smaller frontal area and significantly lower drag of slimmer cables can give a competitive advantage.

Carbo-Link was already making solid (consolidated) carbon fibre cables for use as industrial crane pendants in 2001. The very light weight of these components enables one man to build an enormous crane on site singlehanded and they solve the inherent drawbacks of bundled cables on boats, so the technology was adapted for yacht rigging. Supertough and durable as well as ultra-strong,

Carbo-Link’s CL Solid rigging has a service life of 15 years or more, given proper service and maintenance, can be inspected and repaired on site without unstepping the mast and without any specialist equipment, doesn’t need a cover and never has to be sent back to the supplier for servicing. Carbo-Link’s solid cables are also used for seismic strengthening of buildings in earthquake zones, which is a great testament to their impact resistance, longevity, immunity from stress corrosion and toughness as well as their tensile strength. By post-tensioning parts of the structure with solid carbon cables, it’s possible to increase a building’s seismic resistance by a factor of six.

Another key niche application for Carbo-Link tension members is providing the strength and stiffness in helicopter blades. Reliability is absolutely crucial here, for obvious reasons, so Carbo-Link’s entire factory is aerospace-certified.

Back in the civil engineering sector, CL Solid is used for hanger bridge cables. To gain certification for that purpose it has been tested to more than 23 million load cycles – 150 years in service loads. By contrast, DNV GL’s standard requirement for yacht rigging certification – of essentially the same product – is a mere 100,000 load cycles. There isn’t a yacht afloat that has sailed through more than 23 million tacks and gybes, which shows how unlikely it is that Carbo-Link rigging will ever wear out through fatigue.

The flexible nature of thin carbon fibre tapes means it is simple to feed through pre-drilled holes or slots in the structural member that is being reinforced. The number of tape wraps and level of pre-stress are determined by the level of strength enhancement required. The tapes have little buildup, leaving plenty of room for additional external infrastructure, such as fire protection.

You’ll find CL Restrap on high performance multihulls as well as historic buildings. In the 12-strong fleet of Decision 35 catamarans that race on Lake Geneva, it’s used to attach crossbeams to floats. These boats have been raced hard for more than 15 years, proving the longevity of the material.

A further advantage of CL Restrap is its stability and strength across a wide temperature range. In real-world applications ashore it performs reliably from -20°C to 140°C with virtually no thermal expansion or contraction, so it can comfortably handle any temperature fluctuations that the marine environment is ever likely to throw at it. Not only that, but it’s designed to last for more than a hundred years.

CL Torque
Carbo-Link has a strong track record in motorsport technology too, supplying pressure vessels, chassis tie rods and drive shafts to Formula One and Le Mans teams. Much of that work is shrouded in secrecy because it delivers a competitive advantage but the drive shaft technology has once again been transferred to sailing. Scaling up from racecars to superyachts, Carbo-Link’s torsional foils can withstand an incredible torque of 90,000 Newton metres. That’s equivalent to the maximum power output of 75 Bugatti Veyrons. Similar technology is now being used in torsional forestay applications for new builds and refits.

CL Ellipse
Innovation doesn’t always come to Carbo-Link’s yacht rigging solutions from applications in other sectors. Sometimes it flows the opposite way. The company has been deeply involved in the America’s Cup for two decades, working closely with Alinghi and supplying rigging and other components for every Cup challenge since 2003.

One major R&D breakthrough that came from the America’s Cup was the invention of elliptically profiled solid carbon rigging, which can be shaped into whatever profile the application calls for, reducing both drag and vibration. It’s a custom-tailored product and the shape of each cable can be carefully optimised to suit the specific sailing programme of each client. CL Ellipse was far ahead of its time and only in the last few years has its drag reducing potential been fully realised.

CL Damper
CL Dampers also come from yacht rigging solutions and find more and more applications in the civil engineering world. As these dampers are not mass dampers, which have to be specifically designed for special frequencies and amplitudes, CL dampers can be pre-planned in every construction from the beginning and are also used for steel constructions. CL Dampers can be taken off of the shelf and installed directly without expensive modal analysis.

Having established a range of proven and industrialised products, R&D remains at the core of Carbo- Link. Dr Winistörfer still lectures at ETH Zurich as well as heading up the company’s structural engineers and materials scientists. They’re already working on some next-level yachting innovations that will be revealed in due course. Watch this space.