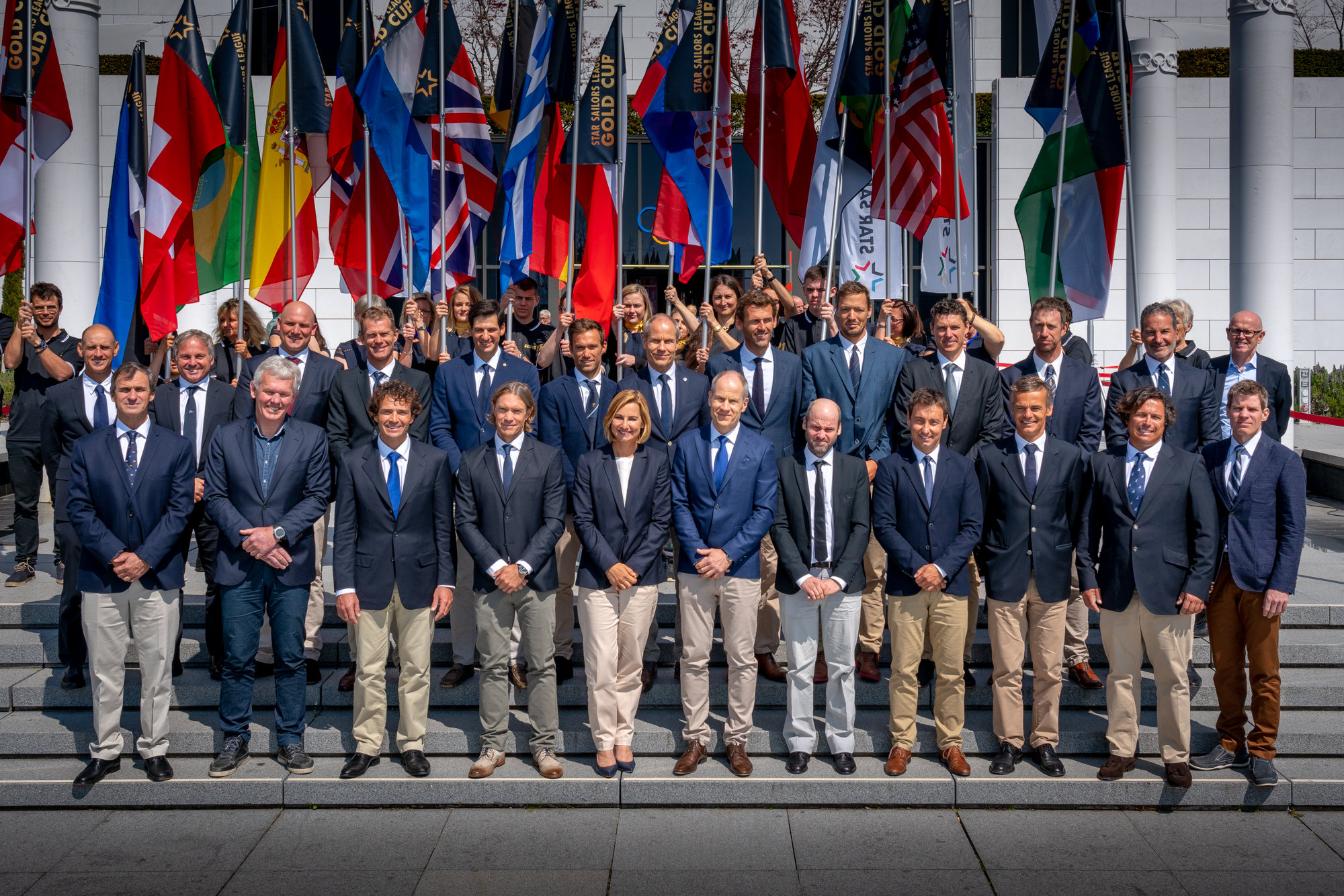 Anyone seeking an alternative to the current crop of speed-centric global grandstand sailing events like the America’s Cup, SailGP and the GC32 Racing Tour, may just find what they are looking for in the new Star Sailors League Gold Cup.

Scheduled to take place every two years from 2021 onwards the new event is an international knockout competition for one-boat, 11-person teams representing their country.

Racing will take place in heats of four teams using a yet-to-be-identified 47-foot high performance monohulls supplied by the organiser.

Although the specifications of the boat to be used have not been revealed at this point, given rumours circulating over the last 12 months about attempts to do a deal with the RC44 Class we can assume/hope something similar will be used.

Already backed by World sailing as a ‘Special Event’ – in the same way that events like the America’s Cup, World Match Racing Tour and SailGP also are – the new competition is open to teams from 144 Member National Authorities recognised by World Sailing.

In an effort to try to boost entries from emerging nations entry limits will be limited to 50 per cent from Europe with the other 50 per cent hoped to come from the Africa-Americas and Oceania-Asia regions.

A limit of 48 teams has been set for the inaugural 2021 season with forty countries from across five continents reportedly already confirming their entry for the event set to take place in Switzerland during September and October.

Before I go too much further I must highlight that one thing the organisers need to address urgently is the glaringly unequal gender bias in the press releases and the marketing collateral they have produced so far.

A glance at the main image from the series launch last week perfectly illustrates the problem with just one female – Greek team captain, Olympian Sofia Bekatorou – standing alone in an ocean of male sailors. Things do not get any better in the highlights video from the launch where the only other females present appear to be hostesses, apparently there to hand out the national flags to the men.

At best this gender inequality is a glaring own goal that should be hugely embarrassing for the organisers; and at worst it surely raises questions over how World Sailing was able to even consider endorsing the competition by giving it Special Event status?

New SSL Gold Cup national teams and their captains are expected to be revealed over the coming weeks – an opportunity hopefully to announce a bumper crop of female sailors to readdress the balance?

According to the organisers teams will join the competition according to a pre-event seeding process based on a formula for how each nation ranks over a series of international yacht and dinghy events including the Tokyo 2020 Olympic Games and the 36thAmerica’s Cup.

The lowest seeded nations will start in the earliest qualifications for the while more successful nations will join the competition subsequently.

Peculiarly, only five of the crew can be selected by the team’s captain, with the other four allocated from within the team’s country based on the Star Sailors League worldwide ranking system.

Four knock-out qualifying rounds for 16 teams each will take place at the SSL headquarters and training centre in Grandson on Lake Neuchâtel with the teams racing up to five windward-leeward races per round.

From there the event moves to Lake Geneva where the top eight from the qualifying rounds are joined by eight previously seeded teams for the quarter-finals, semi-finals and grand-final to decide the SSL Gold Cup champion nation.

Given that the skippers and the core crew members from each of the teams will come from the existing Star Sailors League community this new event already has plenty of big names associated with it, as evidenced by the skippers and representatives listed in the first 20 teams revealed by the organisers at the launch last week at the Olympic Museum in Lausanne.

Although a good turn-out looks assured for this new event which there seems little doubt will be well planned and executed, will it be able to attract and engage an audience of fans to enable it to achieve one of its stated goals to “create household names of each nation’s top sailing heroes”.

Achieving household name status for competitors in a one-design windward-leeward regatta seems a pretty big ask – regardless of the undeniable calibre and pedigree of the sailors taking part.

Likewise, does winning an event like the SSL Gold Cup really make a country “the best sailing nation”?

US team captain Paul Cayard, for one, believes the SSL Gold Cup is what sailing has been missing.

“It’s not about the technology, it’s not about the speed, but the skill and talent and teamwork of the competitors – it’s about countries and national pride. And in the end the winner will be determined by just a matter of metres.”

Cayard’s point is well made and there could well be major support for an event where raw sailing skills and instinct win races.

But that support is surely going to come from the existing sailing community – people who already fully understand the nuances of a well-timed lee-bow tack and can make sense of the chaos of a busy leeward gate rounding.

Will I and the people reading this website watch the SSL Gold Cup? Absolutely, and with plenty of interest I am sure.

But to become sustainable and to make household names of the competitors will require the SSK Gold Cup to grow its audience outside the sailing community by attracting mainstream sports fans – something Olympic sailing, America’s Cup, The Ocean Race, Vendee Globe and now SailGP are all yet to achieve in any significant way.