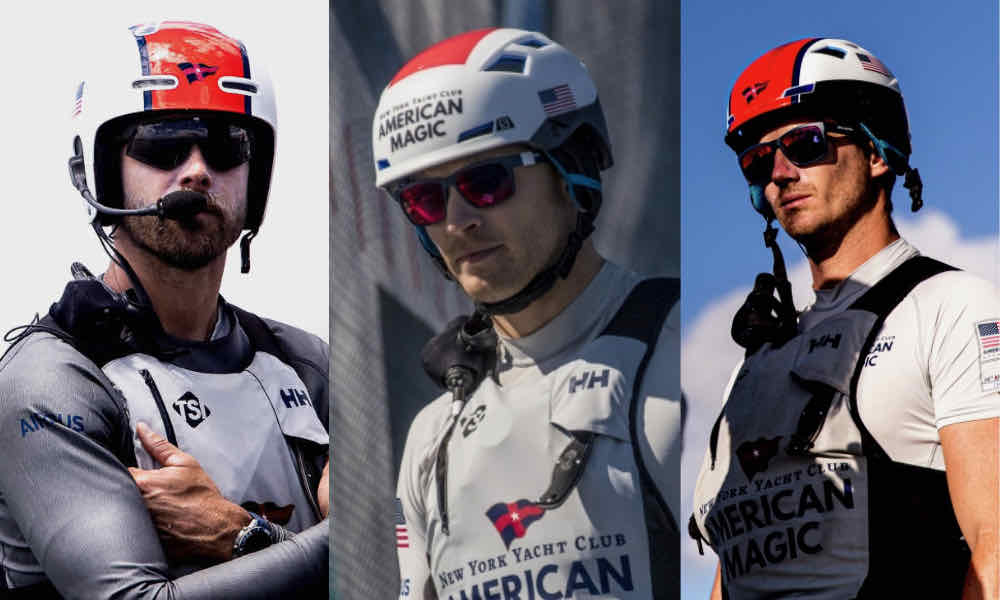 All three American sailors are fresh off the back of a three-year campaign with the American syndicate which exited the competition just over one week ago after being defeated in the Prada Cup semi-finals by Spithill at the helm of the Italian Luna Rossa Prada Pirelli Team.

“A winning team starts with the people you surround yourself with,” said Spithill – a two-time America’s Cup winner. “Athletes such as Andrew, Cooper and Alex bring lots of experience to our team and we’re lucky to have them. But we’re not done – we look forward to announcing more team members in the coming weeks.”

The U.S. team will further build out its roster in the coming weeks with the aim of benefiting the sport long-term by creating a competitive and inclusive environment.

Spithill said: “Our goal is to create a roster that is both competitive and represents the sport’s future. A big part of that is changing the top end of the sport to create opportunities for female athletes and we’ve already started to identify several talented women who could complete our roster.

“In addition to those conversations, we’re excited to also announce that this week we’ll launch an open process for female athletes to apply to join the team.”

Details of the application process will be announced this Thursday, February 11 via the US SailGP Team’s Facebook and Instagram channels.

Of the team members announced today, Campbell will join the team as one of the most highly respected American athletes in the sport of sailing, bringing a wealth of experience as a tactician. Named by Sports Illustrated as one of Georgetown University’s top-10 athletes, Campbell most recently raced as flight controller onboard American Magic after serving as a tactician for Oracle Team USA alongside Spithill.

Dressler and Sinclair also bring significant skill sets to the program with three America’s Cup campaigns between them.

Campbell said: “I’m excited to not only compete in SailGP but also to contribute to the trajectory of this American team as it looks to the future. When you combine the speed of the F50 with eight teams all featuring incredible talent, fans are in for an epic season.”

The United States SailGP Team will make further announcements in the coming weeks as the anticipation for the start of SailGP Season 2 grows with the Bermuda Grand Prix presented by Hamilton Princess kicking off April 24-25.