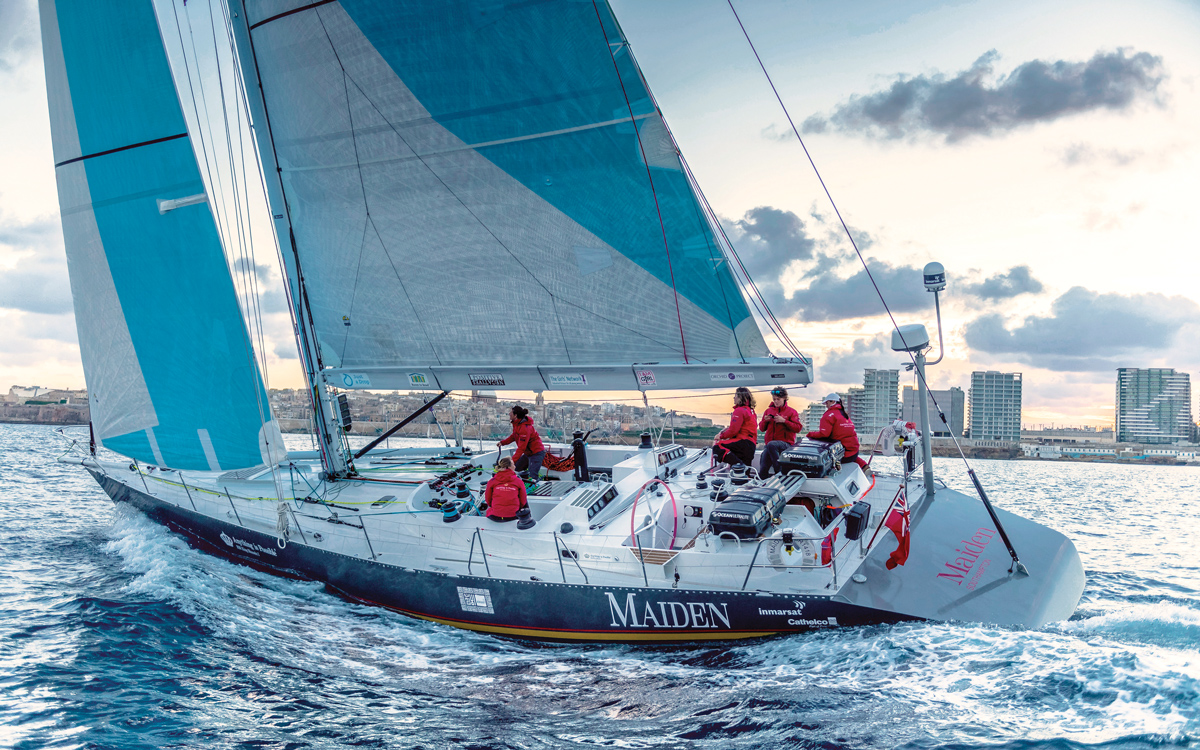 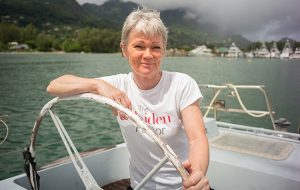 This month, double Olympic gold medalist Shirley Robertson interviews one of sailing’s most influential women, as she talks to Whitbread Round The World Race pioneer, Tracy Edwards.

Edwards is best known for leading the first ever all female crew in the 1989-90 edition of the race, a feat she took on at the age of just twenty seven, as skipper of the famous ‘Maiden’. Having raced as a cook onboard ‘Atlantic Privateer’ in the previous edition of the famous race around the planet, as one of just four women in a fleet of over two hundred sailors, she resolved to do whatever it would take to start the race with a crew of her own.

“There was no way that a woman could have been on any of those boats as crew. Knowing that these guys who are my friends on shore, but when we get out to sea think that I’m an idiot, I’m not strong enough, I’m not able enough.

“I remember the first storm we went through, Paul Standbridge, who’s a great mate of mine, as i started coming out of the hatch he put his boot on top of my head and said ‘it’s no place for girls up on deck right now.’ My reasoning wasn’t feminism, girl power or anything like that, and I knew that no man was going to let me navigate on his boat.”

The hurdles and barriers at times seemed insurmountable, and Edwards is not reserved in recounting stories of how the male dominated establishment failed to respect her team’s efforts to get to the start line. Tales of outrageous sexism abound as Edwards looks back on the build up to the race, but it’s also very refreshing to listen to Edwards’ motivations, which came from a drive and focus born from a mix of supreme confidence and an angry reaction to here male detractors.

It’s an honest account, often at the expense of her male counterparts and journalists of the time, although Edwards looks back on it all now with much fondness and amusement.

The race went well, Maiden won two legs in their division, and finished second overall, experiencing an unprecedented, and unexpected welcome back to their home port in Southampton, England, a finish that Edwards looks back on with a lot of emotion.

“It was , it was just so extraordinary. At sunrise we saw the Needles, which is such a beautiful sight, especially when you’re coming home. And then we saw a boat, and then another boat and Nancy (Hill) said ‘I wonder if there’s a regatta on today?’. More and more and more came, they reckon there was six hundred boats in the Solent following us. I remember at one point Sally (Creaser) saying to me ‘do you think there’s someone more important behind us!’ ”

The story of Edwards ‘Maiden’ team has recently been made into a feature length documentary film, a hit across the film festival circuit and at the box office, in 2019. As part of this podcast, Robertson also talks to New Black Films director Alex Homes about making the film, and gathering all the footage to create what has become a new edition to the list of must see sailing films.

Moving on from the Whitbread, Edwards made an all female attempt on the Jules Verne Trophy having bought the record holding multihull ‘ENZA” renaming her Maiden 2. A broken mast stopped their attempt, off the coast of Chile.

Edwards’ imagination was fired by the potential of racing multihulls, and she went on to establish the Oryx Quest around the world race, starting and finishing in Oman. It was ground breaking race, attracting four of the word’s biggest multihulls of the time. But financially for Edwards, it was a disaster, a fact that she and Robertson discuss as she looks back on how the traumatic time effected her and her confidence.

Inevitably Edwards and Robertson look back on the thirty years since Edwards finished the Whitbread and discuss how opportunities for women in the sport have changed as a result. It’s not a very positive conclusion as they reflect on how, despite all of Edwards’ accomplishments and efforts, the sport still remains a very male orientated environment.

“I don’t think we’ve done ourselves any favours with getting women to the top and – at the top of our sport there’s a group of men paying lip service to – equality. It’s not happening, I find it incredibly frustrating that I’m having the same conversations with young women that I was having thirty five years ago….You know, when World Sailing is making decisions, women need to be there and I know often they are not, so lots of changes have to happen.”