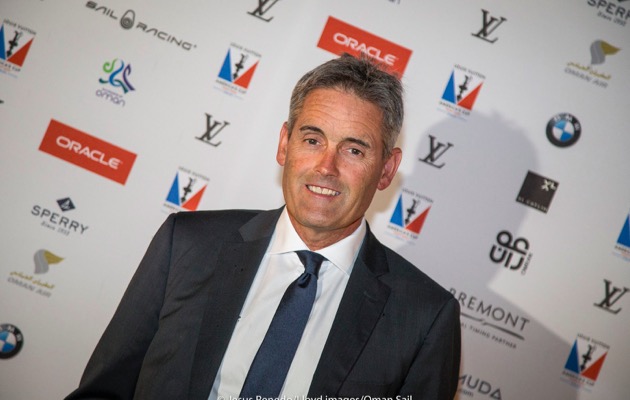 There’s not much Coutts hasn’t achieved in the sport of modern day yacht racing – from the Olympic Games, Match Racing and America’s Cups, he’s one of the sport’s most successful athletes, but he’s also one of sailing’s big innovators, a man with a drive and determination to leave his sport in a much better place today, than where it was when he first started competing.

On the race course, Coutts was a fierce and ruthless competitor. His early career saw him win an Olympic gold medal and multiple Match Racing World Championships, before an inevitable move to the world of the America’s Cup. He successfully challenged and then defended the oldest trophy in world sport for his home nation of New Zealand, but then shocked the sailing world by moving to Swiss challenger Alinghi.

By the time Alinghi lifted the Cup in Auckland, Coutts had won it three times, but remarkably had never lost a Cup match. His Cup career then saw another move, to the American BMW Oracle Team, for whom he masterminded two further Cup wins, the last, in 2013, seeing the famous come back from an 8-1 defecit on 72ft foiling multi hulls out on San Francisco Bay, an event watched by millions world wide.

Away from the race course, Coutts is seen by many as one of sailing’s real visionaries. His drive and determination behind the wheel have transposed to the boardroom, where he has been masterminding the advancement of sailing in a bid to increase it’s appeal to a younger generation, and make it a truly viable spectator sport. Most recently Coutts has initiated the exciting Sail GP championships, a series of races held in the world’s fastest race boats, but run with a view to the maximisation of broadcasting opportunity and spectator experience.

Robertson and Coutts discuss his past, his hopes for the future and his love of the sport in an honest and revealing hour of chat that sees one of the sport’s most well known characters clearly demonstrate that after a lifetime spent out on the water, his passion for sailing today is as strong as it’s ever been.