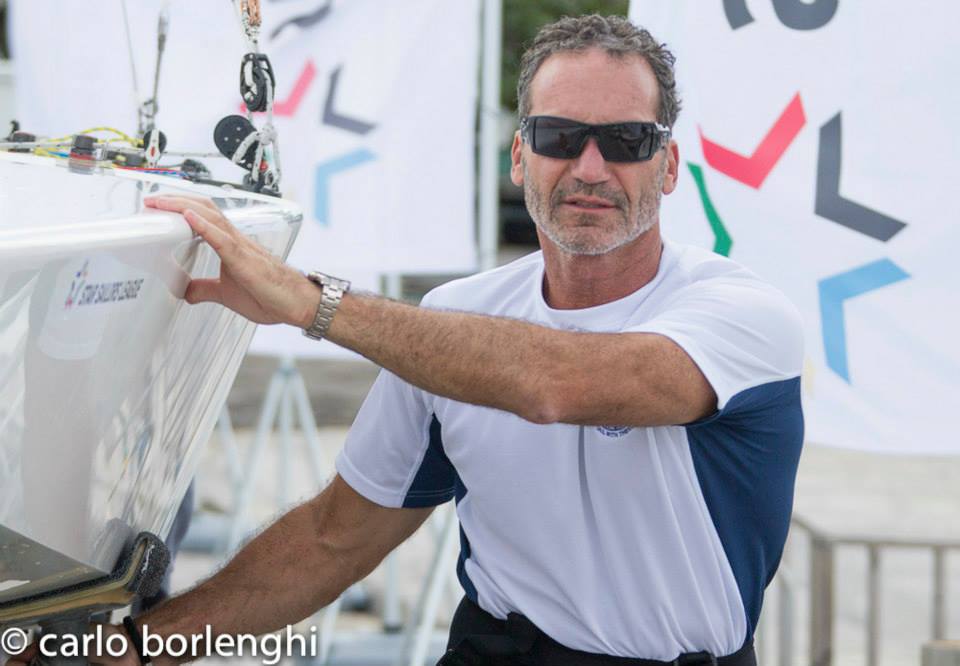 The latest episode of Shirley Robertson’s Sailing Podcast sees her sit down with US sailing legend Paul Cayard, for an honest and truthful hour of chat with one of the biggest names in competitive sailing.

Cayard is a true legend of the sport, a US Sailing Hall of Fame inductee, an Olympian, he’s competed in multiple America’s Cups and was the first American ever to skipper a Whitbread Round the World Race campaign to victory when his 1997-98 ‘EF Language’ won the grueling predecessor to the Volvo Ocean Race.

His chat with Robertson is a candid and revealing one, discussing several aspects of his impressive career, with tales from both on and off the water. There’s audible amusement as Cayard recounts the tale of his meeting with the Disney Corporation in 2006 as they revealed their ‘Pirates of the Caribbean’ plans for the Volvo Ocean Race, just months before the scheduled start.

“They (Disney) had these easels up with a bunch of renderings of what the sails would look like, what the pirates, the skull and cross bones, the tee-shirts, how it was gonna look, and the caps and all of this stuff and they gave me a twenty minute presentation…..and I said ‘That sounds fantastic, do you have a designer for the actual boat, who’s gonna build the boat?’ and they said ‘oh, well, no, that’s why we’re talking to you!”

Cayard reflects on the early days of his career, his love of the Star class, a boat he still competes in today, and his early steps into the world of the America’s Cup. It’s a fascinating discussion, peppered with anecdotes from a lifetime spent racing at the highest level. There aren’t many men who are as qualified to discuss the sport with as much authority as Cayard, but his candid accounts are insightful and amusing in equal measure.

Of helming a Southern Ocean leg of the 2002 Volvo Ocean Race he remembers how “I was driving and (Grant) Dalton was standing next to me, it was blowing forty five, we were reaching doing thirty, thirty two knots…..and we were literally up at the top of a ski slope, in a cattle shoot of true wind angle and he says to me ‘are you gonna go down that’ and I said ‘mate, we’re going down that!’ and we went down this enormous wave. I don’t think I’ll ever forget that. I don’t think he will either!”

“I’ve done many interviews with Paul throughout my career in broadcasting and he always delivers,” Robertson said.

“Insightful, perceptive, and with that absolute wealth of experience, his thoughts on many areas of sailing are measured, well founded and most importantly, honest. He’s a man that isn’t afraid to say what he thinks, and that’s such a refreshing approach – the outcome here is an honest, at times emotional chat about a sport that he clearly loves.”