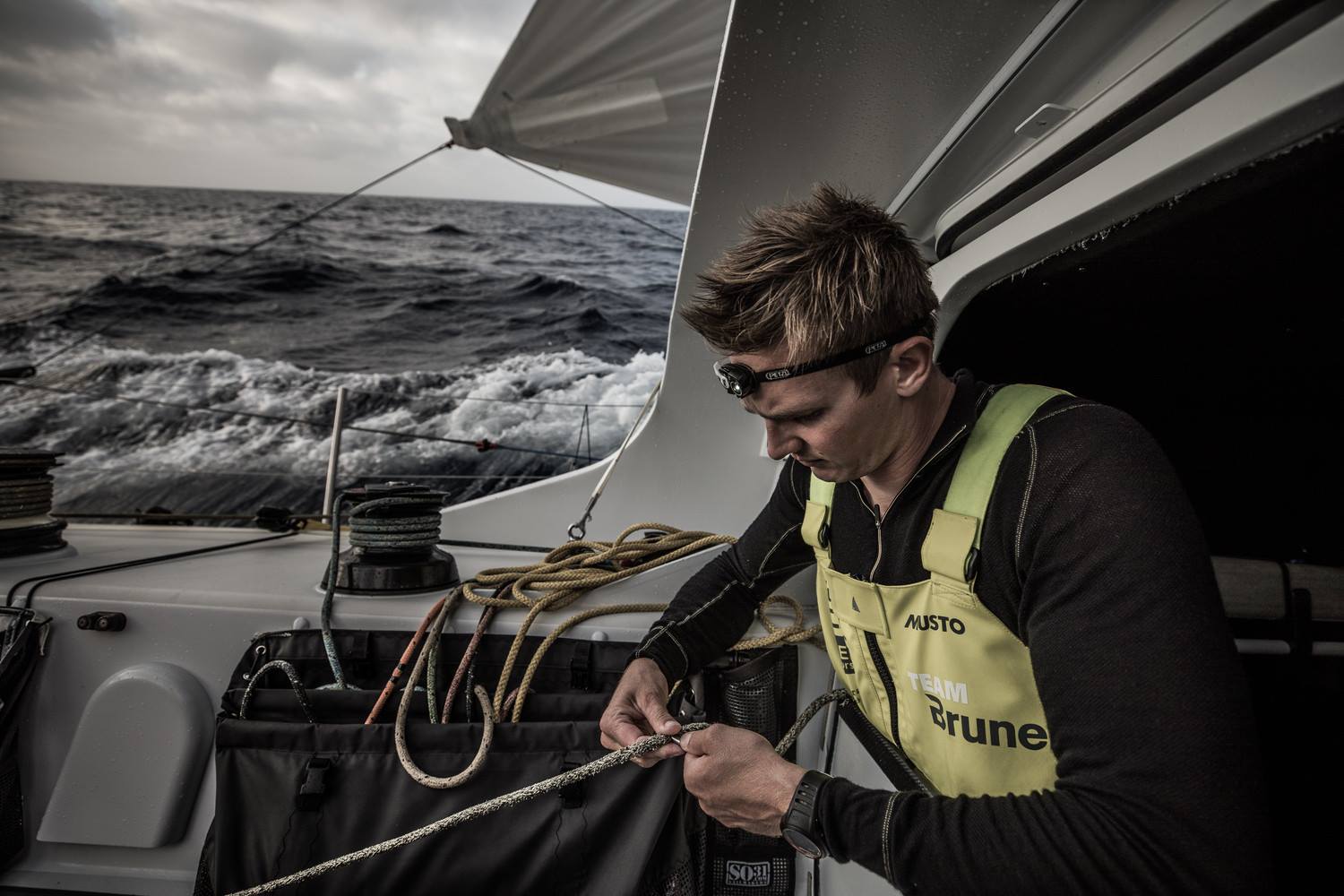 Double Olympic gold medalist Shirley Robertson catches up with Australian sailing star Kyle Langford for an hour of revealing chat that covers much of his of his stellar career.

Langford rocketed into the spot light when just three days before the 2013 America’s Cup he was announced as the Defender’s Wing Trimmer on BMW Oracle’s giant foiling AC72. It was a daunting prospect, controlling the power as the team learnt to race the largely untested beast throughout a regatta famous for the unlikely comeback from a seven point deficit against a fired up Emirates Team New Zealand.

Langford’s honest and open chat with Robertson here reveals the backstory behind that decision, a tribunal that saw the Defender docked points before the Cup, the build up to that dramatic turn around and the faith that skipper Jimmy Spithill had in the young Aussie.

As Oracle Team USA then went on to Defend the Cup in Bermuda Langford kept his seat on the downsized AC50 that would see them again face the Kiwis in the match up in 2017. Here he reveals how the team prepared for Bermuda but were out thought by the innovative Kiwi team, their grip on the Cup slipping away to the greater pace and adaptability of a New Zealand outfit hungry for sporting redemption.

Having been on the losing side in the Cup, Langford immediately took on a new and different challenge, turning to the Volvo Ocean Race to try and forget the disappointment of Bermuda. But it wasn’t long before he realised that one of his team mates around the world would be the skipper of that winning Kiwi team. It’s an interesting chat as Langford discusses the politics onboard, racing in the Southern Ocean and his tenacity in getting to grips with offshore sailing.

At just thirty years old, Langford is one of a new generation of stars in the competitive sailing arena, he’s crammed an awful lot of high end sailing into a to date short sailing career, and is a revealing guest as he discusses the last decade and his stellar rise into the ranks of the sport’s elite.