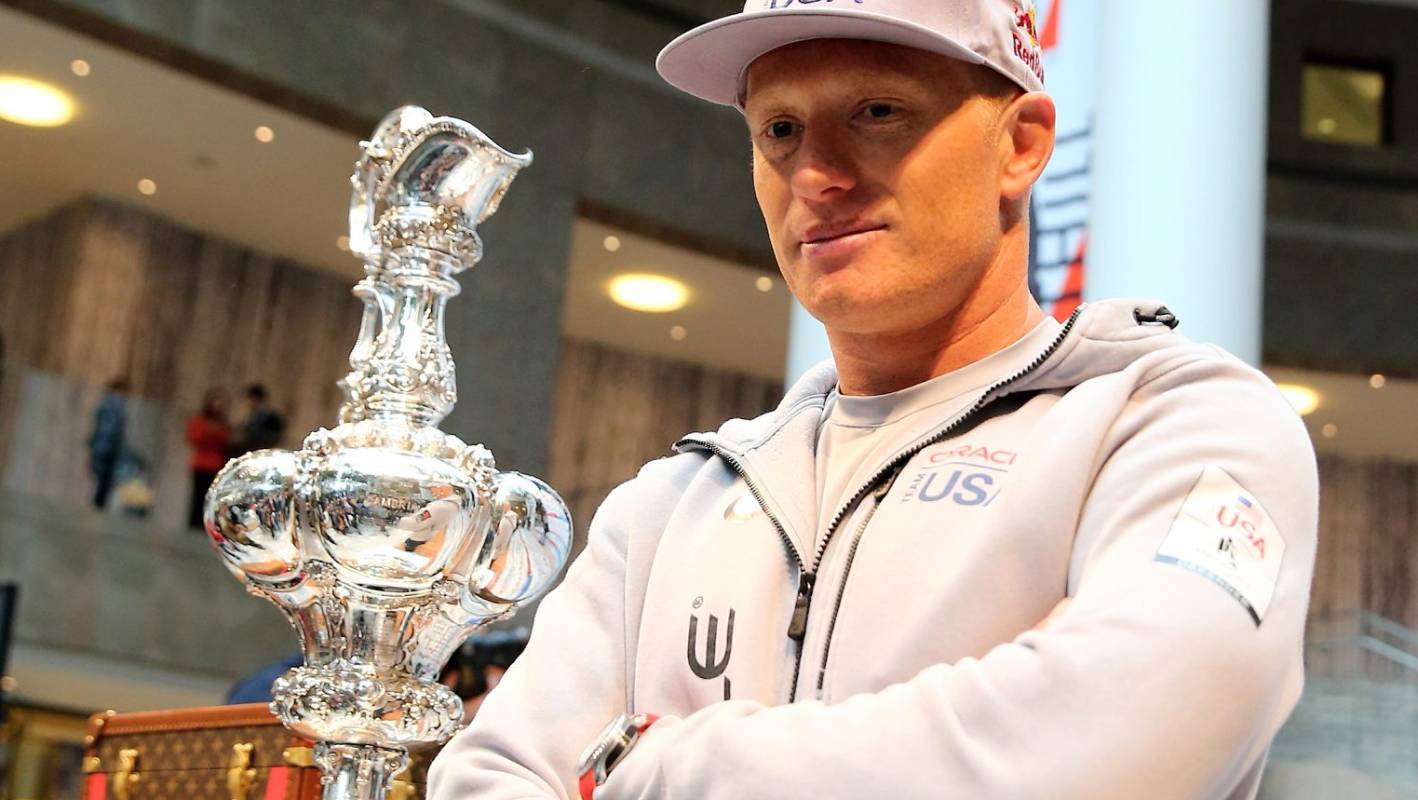 Two time America’s Cup winning skipper Jimmy Spithill joins Shirley Robertson this month, as the pair settle down for an extended two part interview ahead of the first round of the America’s Cup World Series in Sardinia.

Spithill has long been a fixture in the America’s Cup scene, having first led the Australian entry to the 2000 Cup in Auckland, as skipper of ‘Young Australia’. He’s skippered in every Cup since, winning for the first time in 2010 at the wheel of Larry Ellison’s BMW Oracle Racing. That first win, helming the giant 90 foot trimaran, secured his spot as the Cup’s youngest ever winning skipper.

In 2013 a succesful defence of the Cup in San Francisco saw Spithill lead the unlikely comeback against a New Zealand Team that was, at 8-1 up, just one race win away from reclaiming the oldest trophy in world sport. Having then lost the defence of the next Cup in Bermuda in 2017, Spithill is now in a key role at the long established Italian team, Luna Rosa.

Spithill grew up thirty miles north of Sydney, Australia in the stunning sailing hotspot of Pittwater. He talks fondly of his childhood, taking a boat to school, where he’d whistfully wait for classes to end so he could head back out on to the water. He’s also very candid about his upbringing, and discusses with Robertson how his formative years have contributed to the character we see today out on the race course.

“We have a running joke, between Tom Slingsby, or anyone with red hair, and that’s there’s two things you get good at growing up with red hair, and one is running, for obvious reasons. The other is fighting, because you just get sick of running!….At some point you’ve got to decide what you’re going to do, are you going to continue to take this, or is it time to stand up, and when you do it’s an incredible feeling, and it’s an important lesson in life. That at some point you have to stand up for yourself.”

Spithill’s fighting spirit and tenacious approach out on the water are traits epitomised by the incredible comeback to win the 34th America’s Cup in San Francisco. In this interview, his insight and memories of that sensational victory are candid and illuminating. Starting with the capsizing of the brand new AC72 just days after launching, to the cut and thrust of the daily press conferences and the eventual comeback against an incredibly quick and accomplished New Zealand team. The comeback propelled the sport into the spotlight, and was the start of relentless victory celebrations across the US.

“For the next couple of weeks you’re on all the late night shows, Jay Leno and Colbert, all the big ones going around and I’ll never forget we were on the Colbert show, and Tom Hanks was there doing a recording of something, so I’d done my piece and was having a beer and chatting to some of the guys….and it was surreal, sitting in the green room with Tom Hanks, and he’s asking questions about the racing, he’d seen it, we’re having a beer and the whole time his assistant is saying ’Tom, we’ve got to go, the plane’s waiting’ and he’s saying “No, tell them to wait”, he was genuinely interested in what had happened.”

Jimmy goes on to discuss the disappointment of losing the Cup in Bermuda, and talks about his current role with the Italian team Luna Rosa Challenge. But he’s also very open regarding his time spent sailng with french offshore legend Francois Gabart, and how much he loves the prospect of heading offshore on a foiling multihull. From his passion for surfing and foiling to his competitive spirit and drive to succeed, Spithill’s chat with Robertson is illuminating, engaging, and a thoroughly interesting listen.