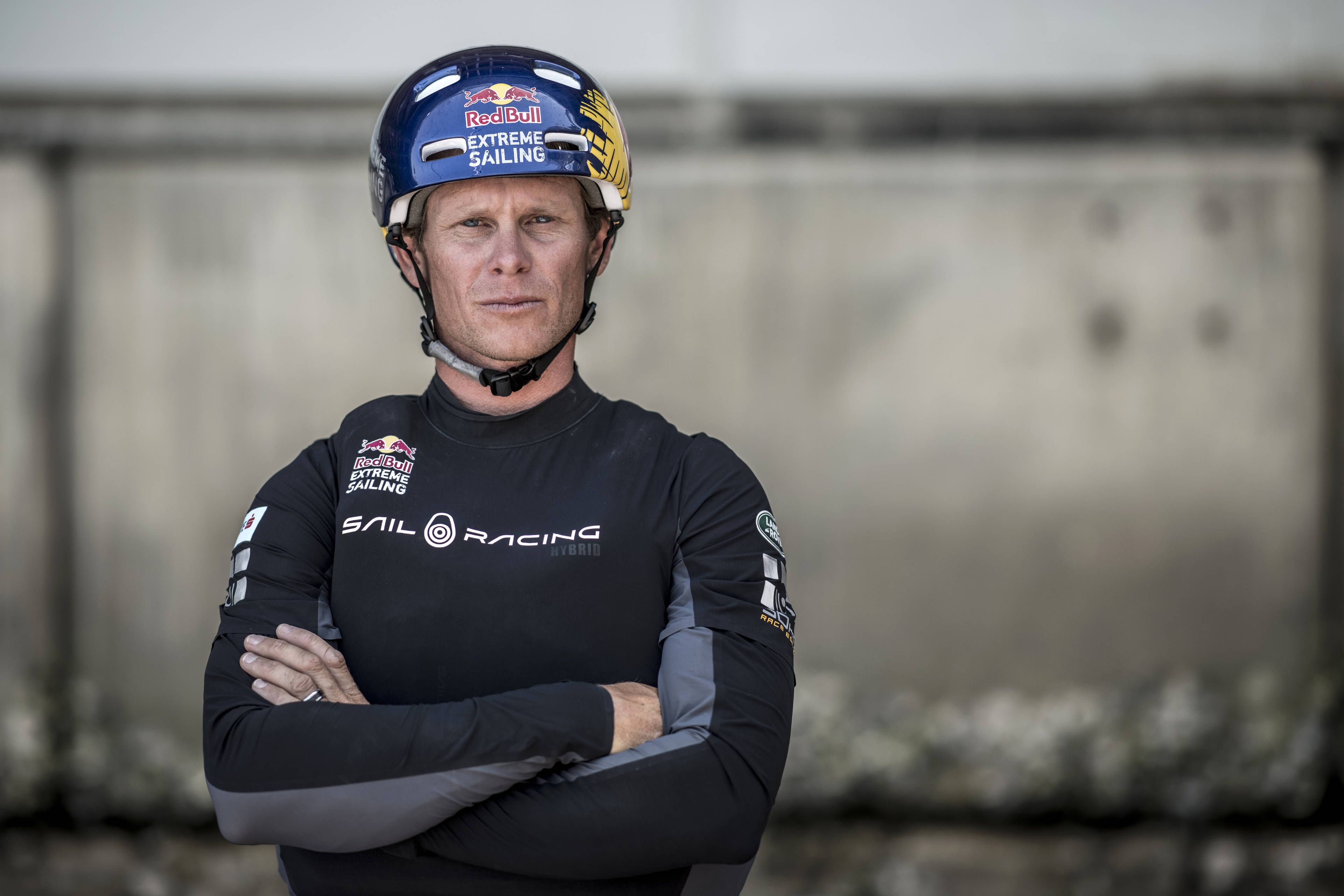 Draper is another of those guys that’s been at the sharp end of this radical change in sailing over the past two decades.  Starting with the 49er, the Extreme40s, and then of course, all of the foiling America’s Cups, and now SailGP, he sails moths, he kites, has an intense passion for surfing, and they cram all of that, and a bit more into an hour of chat.

Draper is no stranger to sailing fast boats, but has embraced the exciting new SailGP circuit with typical energy and enthusiasm.

“The noise they make is incredible, the foils whistling, and six of them careering towards you while you’re sitting on the shore, or on a spectator boat, well it really is difficult to get your head around, just how dramatic it is!”

Draper and Robertson have a degree of shared history – the pair were British Olympic team mates for the 2004 Games in Athens, where Draper won bronze in the 49er Class.  Shortly after that they were opponents, both helming the exciting new catamarans of the fledgling Extreme Sailing Series, the birth of ‘stadium sailing’.

The pair do, therefore, have much to talk about, and the result is a frank and honest discussion that looks into multiple aspects of Draper’s wide ranging professional sailing career.  A favourite to win gold in Athens, Draper is audibly moved as he discusses the fact that to him, a bronze medal wasn’t what he went to Athens to achieve.

“It’s really sad now, in hindsight, when I think back at my Olympic memories, I guess I shouldn’t think about it with remorse, it’s a shame, it was a tough one at the time.”

But he also reveals how excited the Extreme Sailing fraternity became when BMW Oracle Racing won the 33rd America’s Cup, a win that opened up the Cup world to the experienced fast cat sailor.

“We watched Oracle win the Cup, all sat together in Oman, and realised that probably meant it was going to go to catamarans, and we all just thought ‘wow!’”

It wasn’t long before Draper was recruited into the America’s Cup world, eventually for Luna Rosa as they campaigned in the AC72s for the 34th Cup in San Francisco.

“That was an amazing time then, for all the sailors.  We had all these different shapes and sizes of foils, and they all had nicknames…we had a Draper, and another we called CJ – one was quite stable and forgiving, risk averse, like myself, and the other was very fast, and very high risk, and could crash at any moment!”

Draper also talks openly and candidly as he reveals what life was like in the final days of Luna Rosa’s AC35 campaign the Italian team withdrawing from the Cup due to unsettled differences with the Defender, despite having spent a vast amount of time developing foiling mechanisms for the campaign.