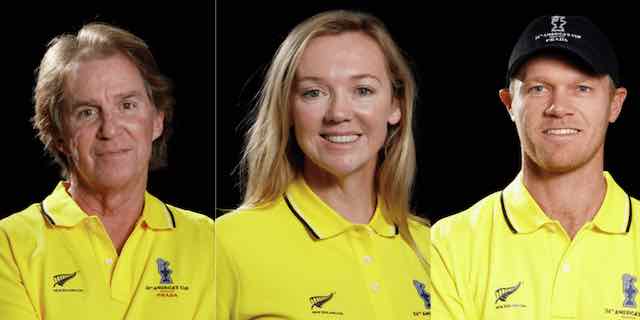 With the eyes of the sailing world focused firmly on Auckland, New Zealand, Shirley Robertson is on site at the America’s Cup race village to preview the Challenger Selection Series for the 36th America’s Cup.

Pre-Christmas racing is now over, so this month’s two-part edition of Shirley Robertson’s Sailing Podcast looks forward to the next instalment of America’s Cup racing – the Prada Cup.

The Prada Cup kicks off on January 15 with a series of round robin heats that will decide one finalist and two semi finalists. The end of January will see a first-to-four-wins semi final, and then from February 13 – 22 the two finalists will sail in a first-to-seven-wins final to decide the Challenger for the 36th America’s Cup.

In the first installment Robertson sits down with her fellow America’s Cup broadcast commentators Kenny Read and Nathan Outteridge to discuss what they have gleaned from the ACWS racing to date, and to weigh up the strengths of each of the three Challengers ahead of the Prada Cup.

The trio dissect the performance of the three teams to date, look at where each team may be able to improve and discuss some of the design differences apparent in each of the Challenger set ups.