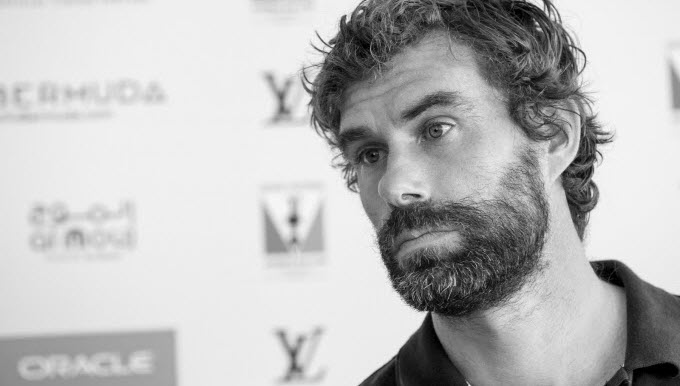 A veteran of four Olympic campaigns, Iain Percy won two Gold Medals and one Silver sailing for Team GB, before turning his attention to the America’s Cup. He currently works in a coaching role, with the British Olympic Nacra 17 mixed multihull team.

When it comes to shared histories, Percy and Robertson go way back. Their initial chat centres around the early days, when Iain Percy was honing his competitive skills amongst a raft of talented young sailors. It was a golden era of British youth sailing, the likes of Ben Ainslie, Chris Draper and Andrew Simpson, all Percy’s future Olympic team mates, growing up in a fiercely competitive environment.

“You never know at the time that you’re in a strong group…, there were many others as well, many many other talented people. Back in the eighties in Southampton it was a natural choice to go and join a local club and learn to sail…sailing in the eighties, on the south coast of the UK was pretty big.

“Around the age of fifteen or sixteen, Ben was based in Cornwall, and then moved up to sail with us guys, and that group we had made a big big difference. Suddenly we turned up at a World Championships and there’s a couple of us in the top five and we didn’t know we were any good, but it turns out we were.”

From their early shared antics, discussion quickly moves to their mutual Olympic experiences, in Sydney and Athens, where Percy reveals how his disappointing 2004 Athens campaign had a significant effect on his approach to Olympic and America’s Cup sailing later in life. A crew change in the build up to Beijing 2008 then saw Percy team up with long time friend and training partner Andrew Simpson. Sailing in the Star Class, an already fierce bond established over years of sailing together strengthened further.

Once out on the Olympic race course in China, the confident pairing sailed to the top step of the podium.
This is a candid interview and Percy discusses his deep joy of winning gold with his best friend, before then going on to reveal the frustration and hurt of London 2012, where again racing in the Star class, the pair saw gold slip from their grasp in the final moments of the regatta.

From Olympic campaigning, talk then turns to the America’s Cup. Percy’s first foray included time at the helm of the Italian “+39 Challenge” before a brief period at the fledgling British ‘Team Origin’. But it was in 2013, while at the Swedish Cup outfit “Team Artemis Racing” that tragedy would put everything else into perspective. 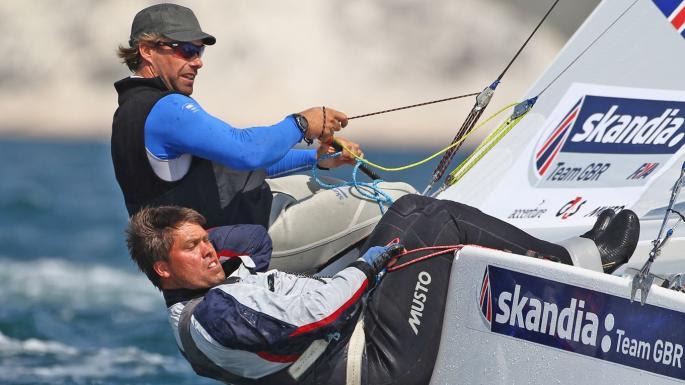 While campaigning for the 2013 Cup in San Francisco, the sailing world was shocked to learn of the tragic loss of Andrew ‘Bart’ Simpson, Iain’s dear friend and team mate. For Percy, it was a loss that has had a significant effect on his life, and as the pair share memories and stories of their friend and team mate, Iain tells of his frustration and pain in coming to terms with the brutal finality of Bart’s passing.

Shirley and Iain share laughs over Bart’s sense of humour, before moving on to discuss the importance of the Andrew Simpson Foundation, a sailing foundation established in Andrew’s memory, to continue giving the love and passion that he felt for sailing to youngsters from all four corners of the globe…:

“When time felt so precious, he would still be on the phone talking to some random kid about their woes in sailing so he, he was just too nice, he just had to help people, he had to be supportive and people warmed and turned to him. So that was clear, that some aspect of helping people and giving people a leg up, through sailing, (which) quite uniquely can help people.

“The overall thrust was helping young people through the sport of sailing. It’s Bart’s name, it’s Andrew, what he achieved in his life, and who he was as a person, still helps people today…and that’s what he deserves, that’s how special he was, and that’s what makes me happy about the foundation is that Bart’s still making a difference.”

Percy went on to lead Team Artemis Racing to the Challenger Series finals of AC35 in Bermuda, narrowly losing to eventual Cup winners, Emirates Team New Zealand. Having started Artemis Technologies, Percy is passionate about maintaining the technological momentum of the Cup campaign and is now taking the advances in efficiency established in creating the foiling AC50s into a variety of non-sailing applications.

His continued love of sailing also saw him crowned winner of the Star Sailors League in December 2019, and he now also coaches the newly crowned Nacra17 World Champions John Gimson and Anna Burnet.