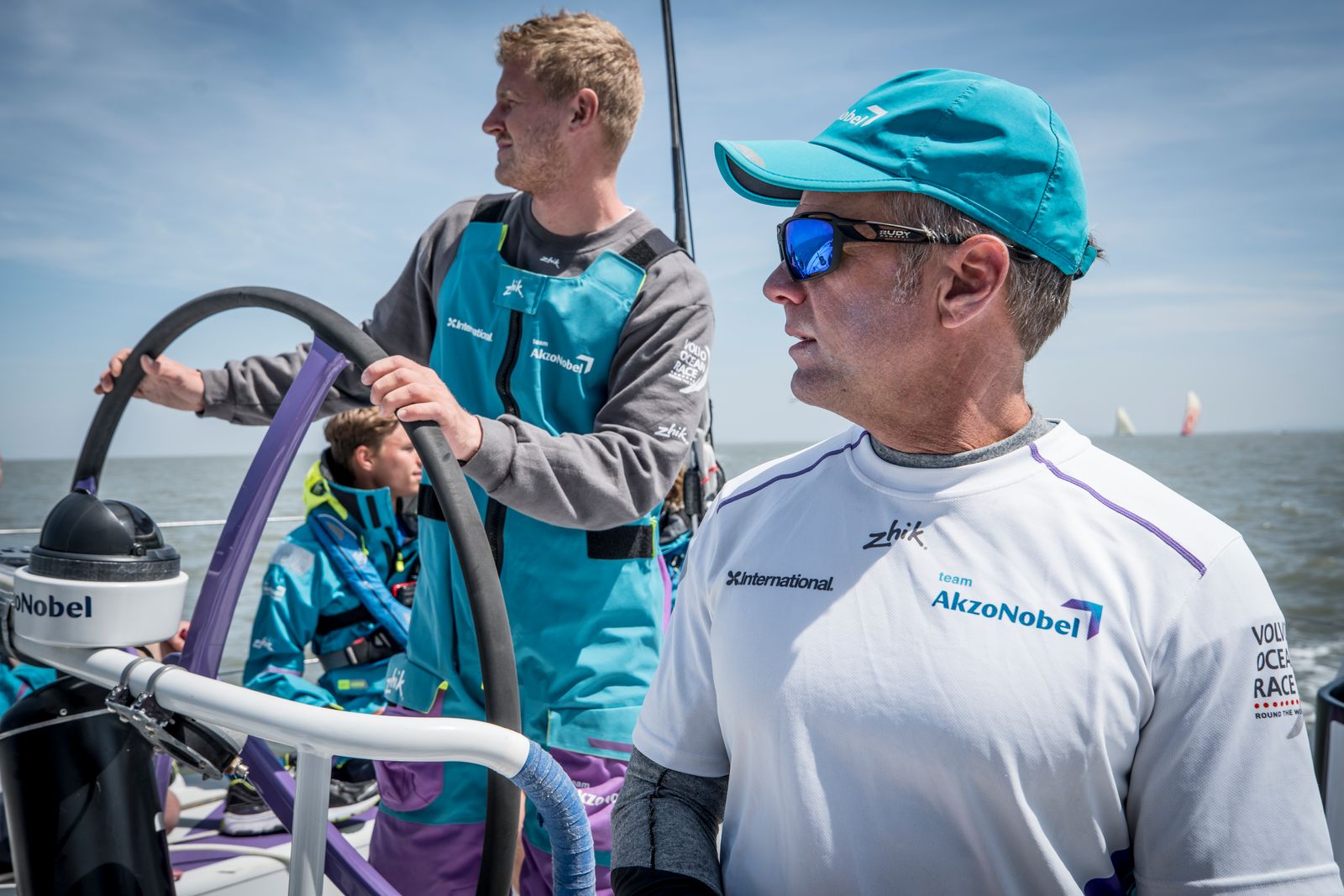 Two months after completing the 2017-18 Volvo Ocean Race around the world in fourth place aboard team AkzoNobel, two key members of the squad have set their sights on competing in the next edition of the race in three years’ time.

Nicolai Sehested from Denmark and Chris Nicholson from Australia have teamed up together and plan to mount a campaign for the next race which will circumnavigate the planet beginning in the winter of 2021.

If they are successful in raising the funding to mount a competitive campaign this would be the pair’s third around the world race together, having first competed in 2014-15 when Nicholson skippered Danish entry Team Vestas Wind.

For the next race 28-year-old Sehested will step up into the co-skipper’s role alongside Nicholson – a veteran of six around-the-world races.

Nicholson, 49, has won multiple world and European championships and led two Volvo Ocean Race campaigns (as well as the Vestas campaign he skippered CAMPER with Emirates Team New Zealand to second place in the 2011-12 edition) and believes Sehested has got everything it takes to co-skipper.

“Right from the very first day I sailed with Nicolai on much smaller boats I could tell he was built for around the world racing,” Nicholson said. “I knew then it was just a matter of time before he would be ready to take on a leading role within a campaign.

“He is someone who maintains an even personality when things are going well and in times of adversity. That makes him the exact sort of person you want beside you when you take on as immense a challenge as an ocean race around the world.”

Sehested describes himself as “humbled” by the confidence shown in him by Nicholson but equally excited at the prospect of jointly leading an around the world race campaign.

“I’m very aware of the responsibilities that come along with the role of skipper and I’ve spent my last two Volvo Ocean Race campaigns learning as much as possible from the talented and experienced sailors around me,” Sehested said.

“Assembling a team to take on an around-the-world yacht race is a hugely daunting prospect and I know that to bring it to fruition I will need to call on every skill and piece of experience I have learned along the way.

“That said, I am also thrilled by the idea of working alongside Chris to create a campaign that can deliver both on the water and for our commercial partners.”

Team AkzoNobel finished the 2017-18 race strongly with a second place in the final leg from Gothenburg, Sweden to The Hague in the Netherlands at the end of June.

Since then Sehested and Nicholson have been engaged in a post-race tour of European waters with the team AkzoNobel VO65 yacht, giving AkzoNobel staff, customers and partners a once in a lifetime chance to experience the thrills of sailing aboard such a high-performance ocean-going thoroughbred.

As professional ocean racers Sehested and Nicholson regard the round the world race as the pinnacle of their chosen sport and both have their hearts and minds set on mounting a winning campaign in the 2021-22 edition.

Turning that into a reality will require substantial financial support and the two sailors are on the lookout for suitable commercial partners to help them build a race winning squad.

For the right organisation the benefits of backing a participating team can be significant. Global paint and coatings company AkzoNobel received a five-times return on its investment in the 2017-18 Volvo Ocean Race based on the media exposure alone.

Nathalie Quéré – director brand and creative services at AkzoNobel and team AkzoNobel’s campaign director in the Volvo Ocean Race 2017-18 – said the company had overachieved on all the goals it set for the campaign.

“Chris and Nicolai did an outstanding job for us in the last race,” Quéré said. “We are delighted that they have joined forces for another campaign and we will do whatever we can to support them.”

Despite the start of the next edition being three years away the clock is already ticking for anyone with aspirations of putting together a winning campaign and Sehested and Nicholson are already on the hunt for backers.

“The important thing is to identify the right partners who can benefit from being a part of this wonderful race,” said Sehested at the Royal Danish Yacht Club, where as well as taking AkzoNobel guests sailing last week, he and Nicholson met with representatives of some of Denmark’s largest companies.

“There isn’t any other sporting event that comes close to the magnitude of an eight month, 45,000-mile yacht race around the world,” Sehested said. “For the right company the opportunities it opens up are truly spectacular.

“We have the experience of eight Volvo Ocean Race campaigns between us and that puts us in a very strong position to be able to engage in meaningful discussions with potential partners.”

Nicholson too stressed the importance of forming a true partnership rather than just looking for someone to provide the funding.

“Gone are the days when the sailing team and the sponsor were separate entities with their own agendas,” Nicholson said. “To be successful in a yacht race around the world requires all sides to be working for each other to make sure everyone involved gets the most out of the campaign.”

Next stop for Nicholson and Sehested with the team AkzoNobel VO65 will be Lorient, France where Nicholson will give the keynote address at the Yacht Racing Forum taking place on October 22 – 23. 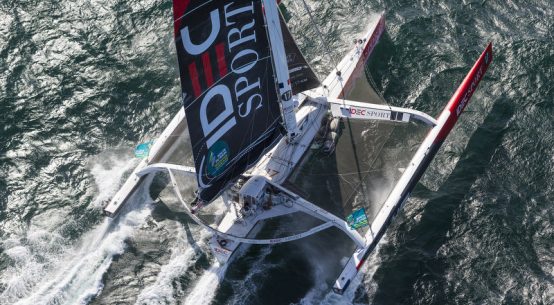 Time to pump the brakes on the Ultim Class? 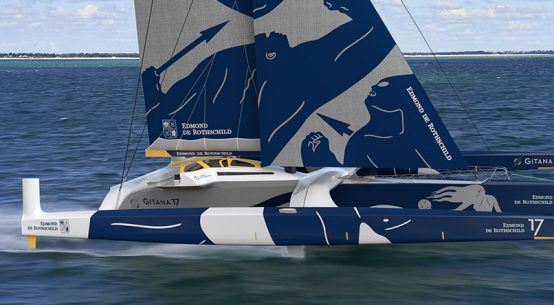 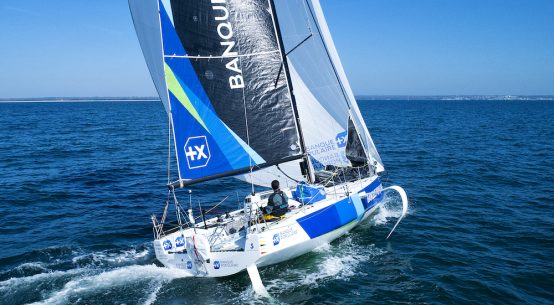 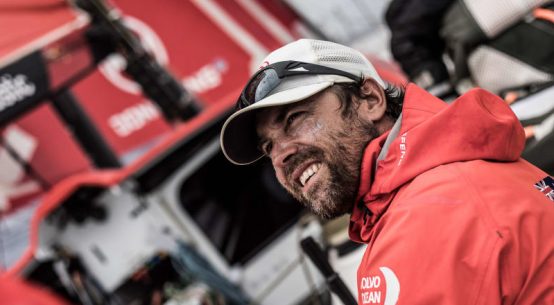