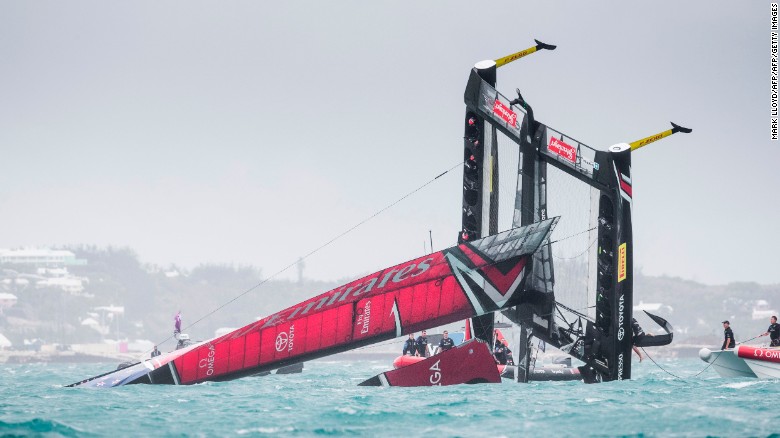 The life of a professional yacht racer seems – to the naked eye at least – a glamorous existence. Armed only with their experience and innate ability to make a boat go faster, the pro-sailor flits around the world from one exotic international regatta venue to the next – seemingly unfettered by the mundane concerns of normal working life.

One practical challenge the professional yacht racing community does face however is finding personal insurance against accidents and injuries in what most insurers consider an extreme and dangerous profession.

Faced with the prospect of racing under-insured and potentially risking his livelihood Cummings set about creating a custom-made insurance package for to meet his specific needs.

The policy he came up with led to the formation of Sailors Insured – an insurance company specifically underwritten to meet the needs of sailors, shore crews, coaches, boat builders and anyone in the sailing industry.

“One of the main misconceptions I discovered was that many people were relying on basic holiday insurance to protect them if they got injured while working. That was a shocking situation and pretty much the reason that Sailors Insured was born.”

Cumming’s research suggested that many pro-sailors were competing all around the world fundamentally uninsured.

“Lots of people I spoke to were relying the yacht owner or crew they were working for to have put the correct crew insurance in place,” he said.

“They were pretty much taking it on bling faith that they would be covered in the event of an accident – or if not, that the owner would ‘do the right thing’ by funding rehabilitation covering any subsequent loss of earnings should the injury prevent them from working.”

After Cumming’s own search for appropriate insurance cover proved fruitless he turned to Fastnet Marine Insurance MD Richard Power for help to create a bespoke package to give him and his family some peace of mind that his income and his family’s livelihood was protected.

It was no easy task but between them the pair eventually came up with a tailored solution that now forms the basis of the Sailors Insured product range.

“That’s why Sailors Insured’s policies are underwritten by Liberty of Lloyds and run for a 12-month term providing cover all day every day. There’s no limit of days, venues, or boats. You’re insured on the water and you’re covered on shore – whether that be in the team container, in the sail loft, in the gym, on the ski slopes.

“Also included is public liability insurance that covers you up to 1 million GBP in the event of an accident resulting from your actions that damages equipment or even worse injures someone.”

Based on the take up from pro-sailors around the world over the last two years it seems clear that the Sailors Insured product set is neatly filling a gap in the market.

“As well as your everyday freelance pro-sailor we provide insurance for America’s Cup and Volvo Ocean Race sailors and shore crews. We also have many Olympic campaigners as clients, as well as sailors on the 52SuperSeries, GC32, Extreme Sailing Series and Super Foiler circuits.

“Through World Sailing we also cover regatta international jury and umpire personnel and we recently signed up with the new SailGP regatta series to provide all teams with accident & injury insurance cover.”

“Our goal in the coming seasons to minimise as much as possible the number of individuals working/racing without personal insurance by offering suitable insurance solutions for all sailors and teams,” he said.