Skip to content
You are here
Home > SailGP > SailGP: Tickets go on sale for British stage this August 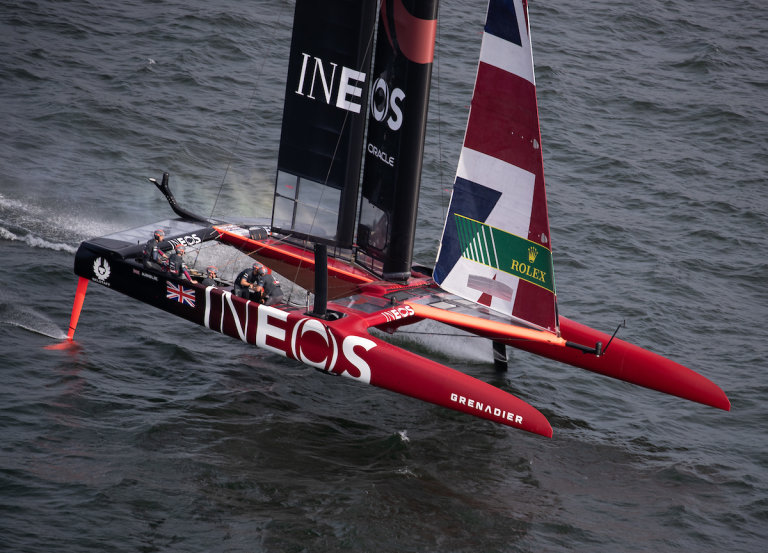 Fans can now secure tickets to Ben Ainslie’s SailGP home debut when the global championship returns to Cowes on the Isle of Wight August 14-15.

Following a dominant performance in Sydney at the first event of the season, the Great Britain SailGP Team presented by INEOS established itself as a title front-runner and will face off against six other national teams on the Solent, which saw some of the most thrilling action in Season 1.

Cowes SailGP Season 2 will take place during Cowes Week and fans can purchase tickets via Ticketmaster, currently available at a 10 percent discount through April 2.

Land-based ticket holders will have access to a premium view of the racecourse from Egypt Point, while Blue Funnel Cruises will transport fans with on-water tickets to the center of the action beside the flying F50 catamarans. Additionally, the global championship has curated a new behind-the-scenes experience that includes an exclusive tour of the SailGP Technical Area at ABP Port for an up-close look at the world-class athletes and record-breaking race boats.

The Solent is one of the world’s premier sailing venues, and the British crew’s familiarity with it makes the team a favorite to notch another event win. Great Britain wasted no time pushing aside any doubts about how the revamped squad would perform as Ainslie led the team to wins in the first four races in Sydney, before beating defending champion Australia in the match race finale.

Ainslie said: “Sydney was one of the best sailing events I’ve ever taken part in and it was also a great start to the SailGP season for the team. However, Cowes is the event we are most looking forward to. Nothing beats competing in front of your own fans, it’s always a special moment to see the packed shoreline of supporters”

SailGP’s first-ever European event in Cowes last August was full of suspense and drama, as Tom Slingsby and the Australia SailGP Team made history by breaking the 50-knot speed barrier during racing, on the way to claiming the event title. The British and American teams weren’t as fortunate, as the home crew was forced to retire after sustaining damage to its F50 and Rome Kirby’s team capsized just seconds into the first race.

Tickets
Land-based Access tickets provide fans with a front-row view of the world’s fastest sail race boats along the shoreline at Egypt Point on the Cowes seafront. Located on the water’s edge, the exclusive viewing position is at the racecourse finish line. The Access ticketed area will offer live pre- and post-race entertainment, commentary and a big screen, as well as stage presentations during the event. Tickets start at £25.

In partnership with Blue Funnel Cruises, on-water tickets offer a spectacular view in the heart of the action. At £60, the On-Water Go viewing experience is like no other, as guests are transported via boat to the race area, and are stationed within the perimeter of the track for the racing. Expert commentary will detail all of the adrenaline-filled racing, with food and beverage available for purchase.

Fans also have the option to purchase behind-the-scenes tour tickets for the SailGP Technical Area at the ABP Port in Southampton. The offering is a rare chance to go behind the scenes of the global championship and get up-close to the record-breaking F50s and world-class athletes as they prepare to battle on the Solent.

Full details and tickets are available at SailGP.com/Cowes.