Skip to content
You are here
Home > SailGP > SailGP: Three bullets for Ainslie’s British crew on first day in Sydney 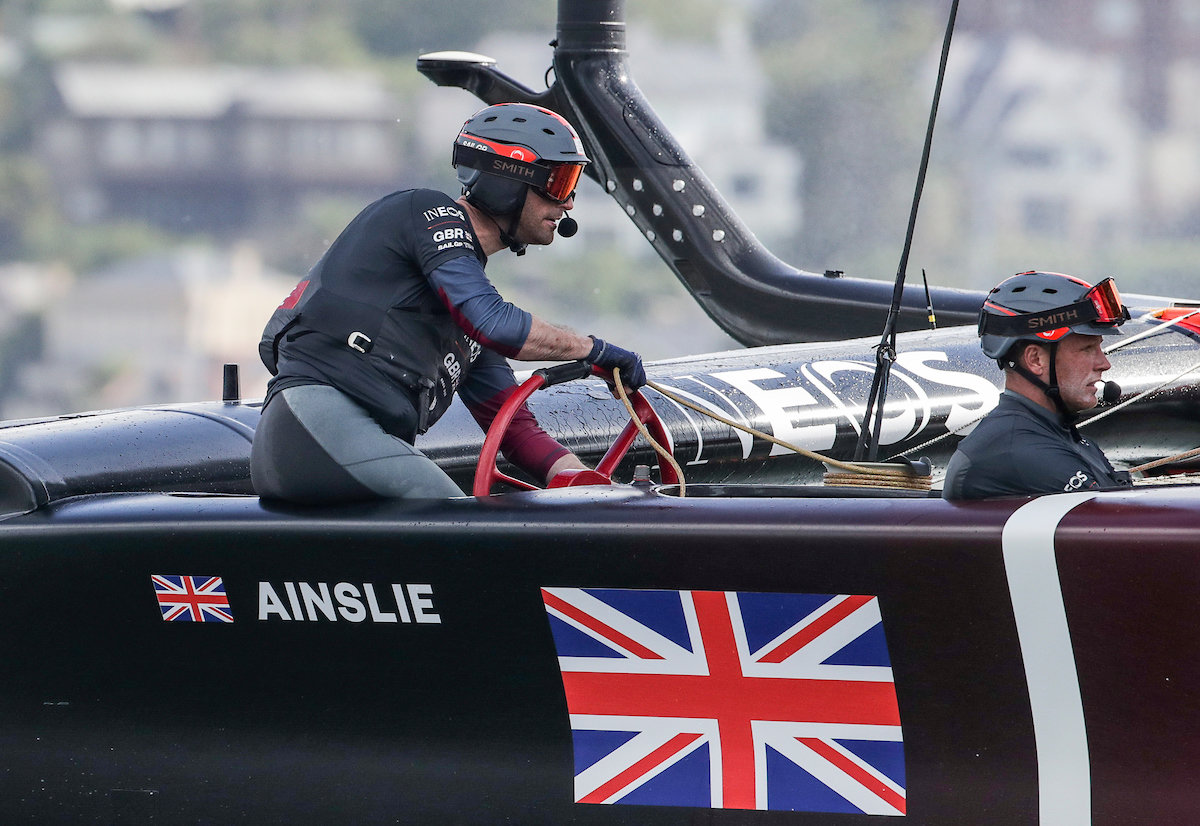 In his first day of competing in the world’s fastest sail racing, Ben Ainslie’s much-anticipated debut was masterful as the Great Britain SailGP Team presented by INEOS swept all three races on Sydney Harbour in the kick off to SailGP Season 2.

The British team wasted no time establishing itself as the championship front-runner – holding a comfortable lead heading into Saturday’s finale.

Sydney Harbour lived up to its reputation as one of the world’s finest sailing venues, delivering near perfect conditions that saw the record-breaking F50s regularly fly at speeds near 40 knots.

Ainslie said: “It was an amazing day of racing. You can’t really ask for better conditions than that, 15-20 knots southerly on Sydney Harbour. I think our team did a great job and the guys on the boat were fantastic. Great opening for us but now it’s time to refocus for tomorrow.”

Pegged as the favorites entering the season, the Australians struggled to get off to good starts throughout the day, scoring mixed results, with a second, third and fifth-place finish. Despite this, the home team finds itself in position to secure a berth in the final match race, sitting tied for second with Japan.

Slingsby said: “It was a tough day at the office. We just made too many mistakes. I think we’re as quick as anyone but the Great Britain team isn’t making mistakes like we’re making. It looks more like we’re the rookies. We just have to come back stronger tomorrow.”

While much of the attention going into the event was around the brewing rivalry between Ainslie and Slingsby, the most tense moment of the day involved debutant Spain and France.

Phil Robertson and the Spanish team were heading toward a race boundary and lost rights to France and eventually clipped the French F50. After a strong start in the race, Billy Besson’s team was forced to retire from the final two races.

The SailGP race jury determined the Spain team inflicted serious damage to the French boat, docking the newcomers nine total points – five points from the first race and an additional two points for each of the final two races that France was forced to miss.

While its place in the standings was hurt by the collision and subsequent point deduction, Robertson and the Spanish team had an otherwise strong debut performance, finishing second in the final two races and showing the new crew will be competitive this season.

Fellow newcomer Denmark SailGP Team presented by ROCKWOOL was also assessed a two-point penalty for making contact with the Japanese boat in the first race.

After day one of racing, Ainslie and the British team find themselves at the top of the leaderboard with 30 points, followed by Japan and Australia tied with 23, the United States with 19, Spain with 15, followed by Denmark at 13 and France with five.

The teams will regroup to review footage and the data powered by the Oracle to see if they can find a way to match the impressive Great Britain team heading into tomorrow.

Racing resumes at 4:30 p.m. local time (AEDT) and can be watched across the globe via comprehensive broadcast coverage and the award-winning SailGP APP.

Limited tickets are available at SailGP.com/Sydney.