Skip to content
You are here
Home > Recommended > SailGP: Teams ready for the ‘Battle in the Big Apple’ 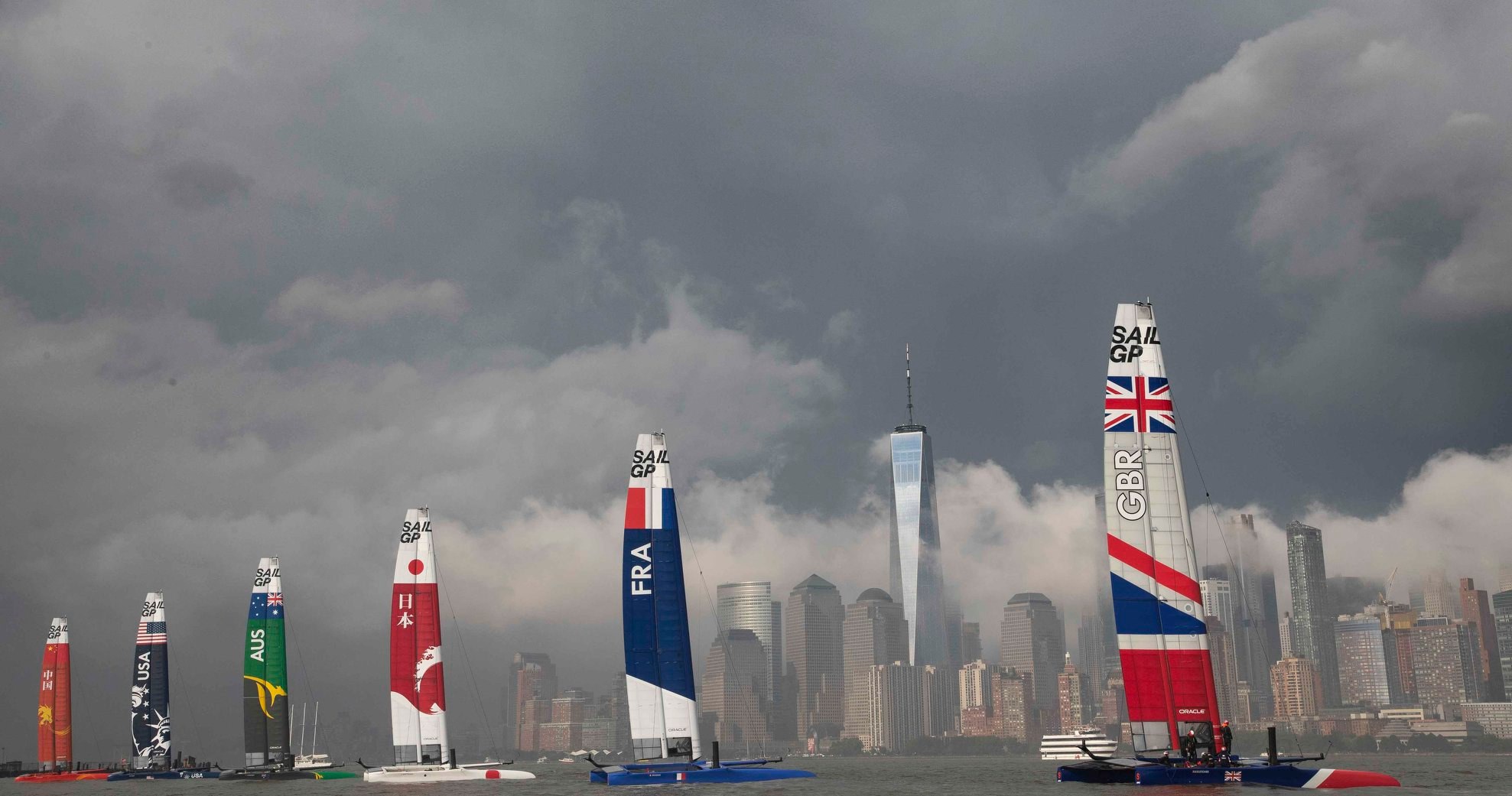 The SailGP international high-performance race circuit rolled into New York City earlier this week where the six international teams competing on supercharged F50 catamarans have been practicing on the Hudson ahead of the start of racing later today.

With on the water training time strictly limited under the rules of the competition all the teams are reported to have engaged in some intensive sessions on the SailGP simulator based at Artemis Technologies in the UK.

For Tom Burnham, coach with the American team, the sailors’ hours on the virtual boat have helped them hone a specific set of skills they identified as needing work after the San Francisco event where they finished fourth.

“It’s a pretty intense day,” Burnham said in an interview on The Yacht Racing Podcast recently. “The amount of sailing you can do during that one day is equivalent to at least three or four days of real sailing.

“We are planning to come out swinging here in New York,” said Kirby. “In San Francisco, we made massive improvements and were nipping at the heels of the leaders, leading in many of the races. We can’t wait to race for real on the Hudson River and put on a great show for our fans. It’s anyone’s race out there and we plan to give it our all.”

Find out how to watch here.

In third overall is the British team led by Olympic 49er campaigner Dylan Fletcher, with Kirby’s United States SailGP Team next in fourth.