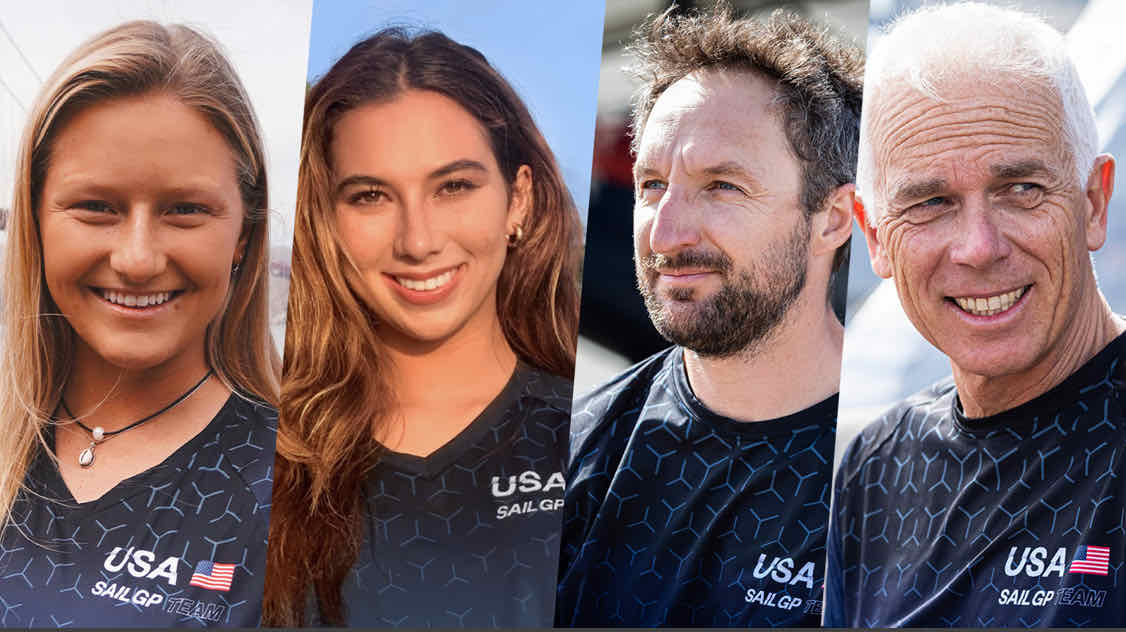 The United States SailGP Team has revealed its complete SailGP Season 2 lineup with the announcement of athletes Daniela Moroz, CJ Perez, and Paul Campbell-James to its roster in addition to its acquisition of Philippe Presti as head coach.

The announcement comes amidst the team’s early arrival this month in Bermuda to take advantage of open practice ahead of the Bermuda Sail Grand Prix presented by Hamilton Princess, April 24-25.

Both athletes join the roster as the top-selections from the team’s open application process for American female athletes, a search that began in February as part of the league’s commitment to helping create an inclusive future for the sport.

“We were overwhelmed by the quality of athletes who applied, and our entire sailing team took part in the selection process,” said Spithill. “Daniela and CJ both bring to our team an impressive amount of foiling ability which is paramount to racing at this level. We’re excited to welcome them to the roster and develop their talent further.”

Moroz will join the team this month to start a development process aimed at introducing her to the team’s F50 racing platform while, at the same time, Perez will begin a remote training program in Hawaii as she prepares for SailGP events later this season.

Adding to the U.S. SailGP Team’s new-look roster is veteran British wing trimmer Paul Campbell-James who joins the team with a combined four SailGP and America’s Cup campaigns to his name.

Campbell-James is expected to bring an additional performance advantage having been instrumental in the development of the new modular wings debuting in SailGP Season 2 which will enable racing in a broader range of wind conditions and could push the F50 to record-breaking speeds.

“Paul is one of the most talented wing trimmers in the sport and we are lucky to have him.” said Spithill.

“He also represents an incredible learning opportunity for Daniela and CJ as we look towards their careers. We’ve designed our roster to increase the U.S. SailGP Team’s competitiveness, both now and in the future, and we can’t wait to start racing.”

Key to that competitiveness will be the learnings from the team’s new head coach Philippe Presti. Presti, who coached the Australia SailGP Team to a Season 1 championship win, is expected to have an immediate impact on the U.S. team’s performance given his collaboration with Spithill across multiple successful campaigns in the past.