Skip to content
You are here
Home > SailGP > SailGP: Racing on the Edge – Episode 2: Breaking the 50 knot barrier 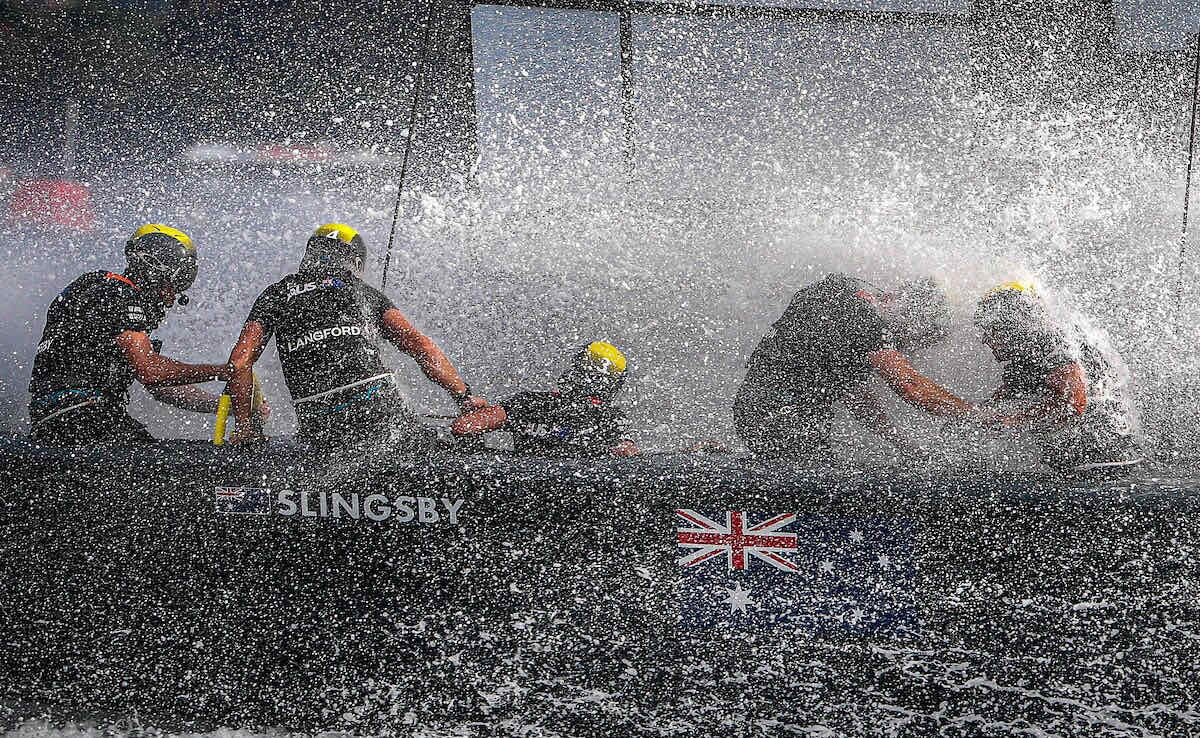 The second episode of the SailGP Racing on the Edge docu-series focuses on what it’s like to be on one of SailGP’s cutting-edge F50 catamarans when it hits 50 knots.

If you have ever travelled in a car, that most typical of daily tasks, the chances are you will know what moving at 60 miles per hour feels like. But do you have any idea how it feels to be out on the waves on one of SailGP’s cutting-edge F50 catamarans, hitting nearly 60 mph as the elements do all they can to win this battle of nature vs technology?

For the lucky few, those elite athletes on the SailGP roster, the answer to that question is yes.

But for the rest of us, we can only watch on with envy. We jealously observe, awestruck at the speed of these miraculous creations, and just try to imagine how it feels to fly one of the most revolutionary racing machines ever designed.

Episode two of the new docu-series SailGP: Racing on the Edge in partnership with Rolex focuses on the race to 50 knots, with the athletes involved having their say on this record-breaking achievement.

First things first, let’s take a tour of the F50 and learn just how much goes into flying one of these state of the art creations. 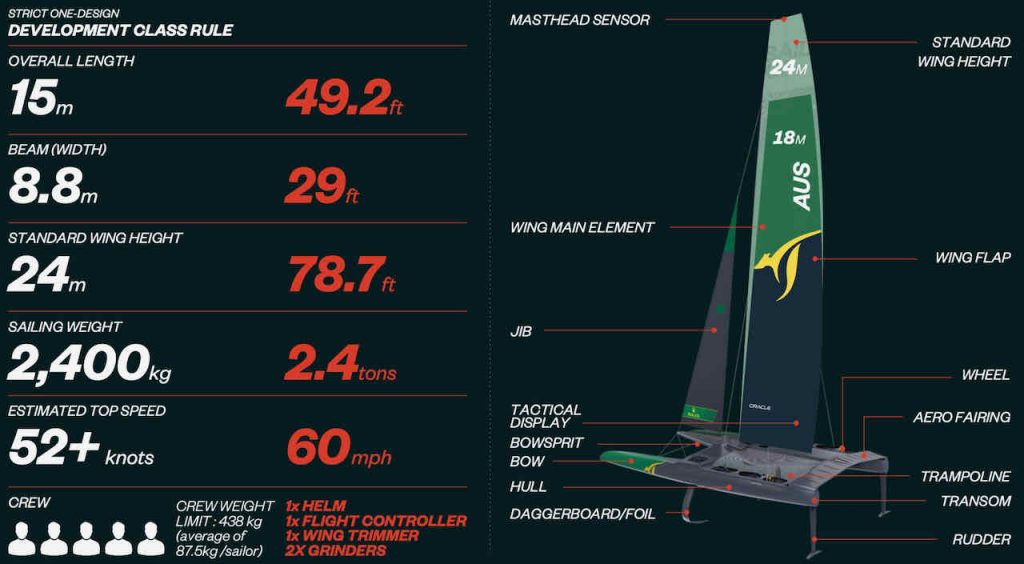 The F50 is a technological marvel, boasting cutting-edge technology to make it a remarkably fast boat in the annals of sailing history. The standard wing is 24m, though it can be altered to suit wind conditions, while the foils are constructed with high modulus carbon fibre and the lower section of the rudders are manufactured using high-strength stainless steel to reduce drag.

Not only is SailGP the most cutting-edge sail racing league in the world, we also strive to accelerate change to a cleaner and more inclusive future through our Race for the Future initiative. The F50s are front and centre of this vision, as they produce thrilling racing at each SailGP event while being Powered by Nature.

The F50 has an estimated top speed of 52+ knots (60 mph), and the Australia SailGP Team holds the honour of becoming the first crew to break the 50 knot barrier in sail racing, doing so at Cowes, UK in August 2019.

“I was surprised actually, as I thought the 50 knot barrier would be broken in San Francisco,” says SailGP CEO Sir Russell Coutts in episode two of SailGP: Racing on the Edge. “And then when we got strong winds again in Cowes, I was pretty certain it would be broken.”

All the build-up to Cowes was focused on hitting 50 knots, and the Great Britain SailGP Team managed it in practice – only to later see Tom Slingsby claim the official record as he helmed the Australians to 50 knots while crossing the finish line of the first race.

“We had a day’s practice racing on the Wednesday,” begins Dylan Fletcher, ex-helmsman for the British team. “That was actually my fondest memory of Cowes, because we did two practice races and won both comfortably and there were thousands of spectators who came out to watch.

“To be honest, we nearly pitchpoled the boat on the way in trying to hit 50 knots, but we just did it and hit 50 knots – and we didn’t even realise at the time. We weren’t looking at the speedo, we were just heads down, focusing, and holding on for dear life!”

Fletcher certainly made the most of the achievement – by ‘winding everybody up’ in Nathan Outteridge’s words – and he even signed his name on the Brits’ F50.

This elicited various responses from the rival teams, including a slightly salty Slingsby.

“We’re sitting here on shore and it’s not really a fair playing field as we’re not allowed to be out there training with them,” says the Australian helm. “They are given all the tools to break it and we are not, so that’s the way I think of it.”

Slingsby and the Aussies got the last laugh though, winning the first race in Cowes and hitting 50 knots to set a new speed record for sail racing – and celebrations were even sweeter as the previously jubilant Brits capsized and couldn’t race again for the remainder of the day!

This was a stark reminder that the F50 can truly reward those who sail it perfectly, but punish those who make even the slightest of errors.

When the Australians hit 50 knots in Cowes, the team’s F50 was travelling at a remarkable 57.5 mph.

But how did it feel to be on board the F50 as it broke the 50 knot barrier? Slingsby made clear his feelings shortly after the race.

“I was definitely s—ing myself,” said the Australia helm in post-race footage highlighting the incredible achievement.

Phil Robertson, helmsman for Spain SailGP Team in Season 2, has been similarly forthright with his description of flying an F50.

Saskia Clark, the British Olympian, got her chance on the F50 in the build-up to Sydney SailGP in February 2020.

“It’s mind-blowing,” said Clark of her F50 experience. “When you turn the corners, you feel like your head might fall off and you have to hold it on! When you do the turns up and the tacks it is a totally different sensation.”

The F50 might be ‘mind-blowing’ and ‘bloody scary’, but Sir Ben Ainslie could not contain his excitement at helming one of these technological marvels ahead of his SailGP debut with the British team on Sydney Harbour last year.

“It’s a real privilege to sail these boats,” said Ainslie. “Sometimes you have to pinch yourself. It’s a pretty wild ride, and a hell of a load of fun.”