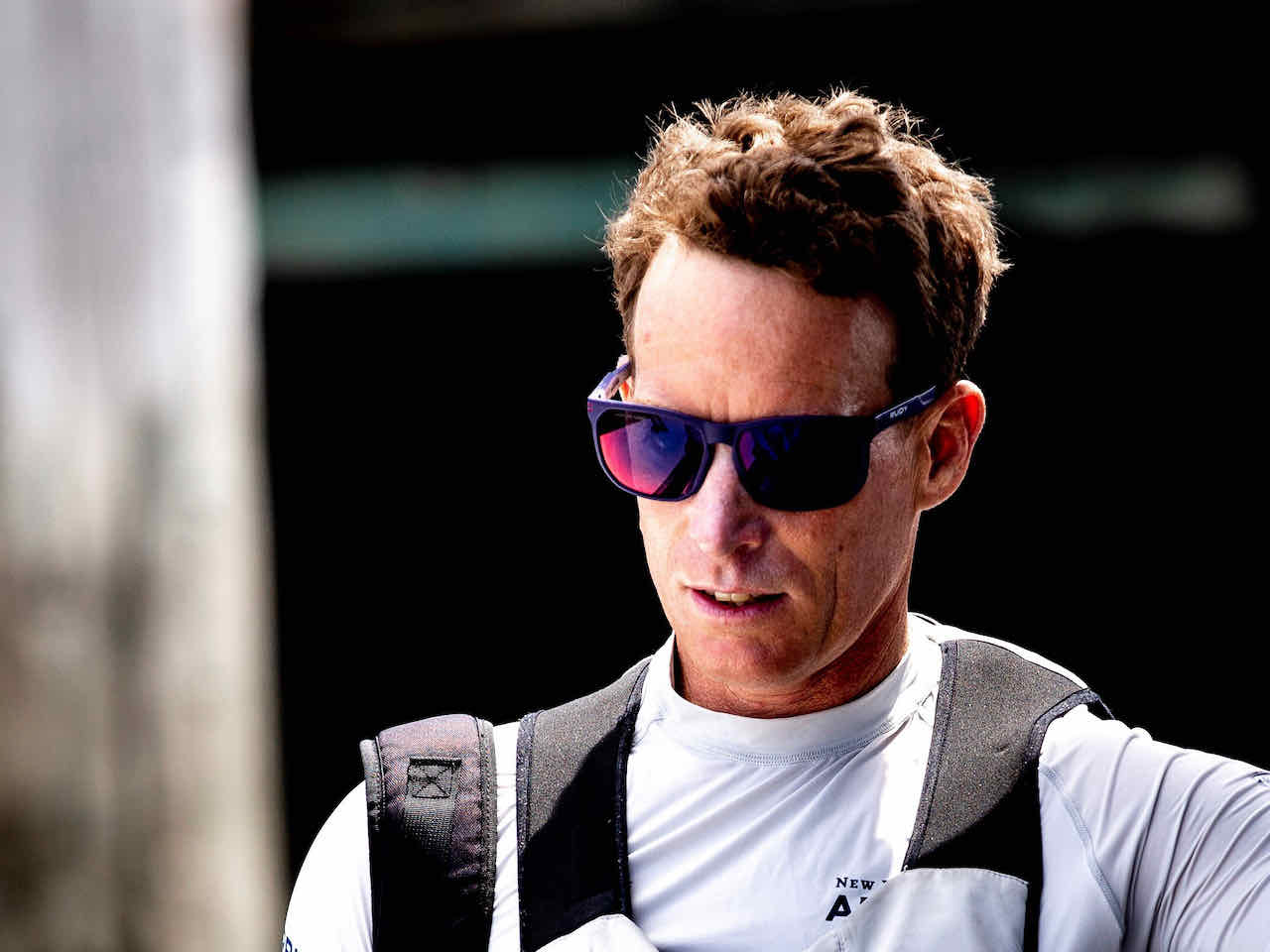 Due to long standing personal commitments, the team’s skipper Ben Ainslie will not compete in the next two events with the helmsman role filled instead by decorated foiling sailor Paul Goodison, whilst Ben will continue to lead the team in his role as CEO and return as helm for the ROCKWOOL Denmark Sail Grand Prix.

Goodison joins fresh from the 36th America’s Cup in Auckland where he was a member of the US challenger American Magic aboard their AC75 Patriot having previously been with the Swedish entry (Artemis Racing) for the 35th America’s Cup in Bermuda performing the role of mainsail trimmer for both teams.

Hailing from Rotherham, UK, Goodison brings a wealth of Olympic and foiling experience to the table having competed for Team GB at the 2004 Athens, 2008 Beijing and 2012 London Olympic Games. Goodison won Gold at the Beijing Games and was crowned Laser World Champion in 2009.

Following his Olympic retirement, Goodison headed into the world of foiling, developing his skill set in the Moth, which culminated in becoming a three-time Moth World Champion (2016, 2017 & 2018).

“I’m a big fan of SailGP,” Goodison said. “It’s a great sporting spectacle with an unrivalled line up of athletes so when Ben called with this opportunity, I jumped at the chance to be involved.

“Italy will be a special event for my family as my wife is Italian, and we currently live with our son in Garda, and to then have the opportunity to head home and compete in Plymouth, it doesn’t get much better!”

Anna Burnet (GBR), who will be competing in the Nacra 17 class for Team GB in her first Olympic Games in Tokyo, will also join the team in Taranto, Italy, in the second of the team’s three-event trial to select a female athlete to join the sailing squad full-time for Season 2.

“It’s a really exciting opportunity and I feel honoured to be selected for the trials,” Burnet said. “There are so many very talented female sailors in the world but historically not many of them have been given the right opportunities to prove themselves. SailGP is now offering this opportunity and I hope it will be a big step forward for female participation in the sport.

“When I was little, I really admired any successful female sailors so I hope for young girls getting into the sport they can see a future in professional sailing that maybe wasn’t as visible before.

“It’s a very exciting league, the F50s are very cool boats and my aspirations with the team are simple; to work hard with the team, do everything I can to learn as much as I can onboard the boat, and then to hopefully help the team win some races.”