Skip to content
You are here
Home > SailGP > SailGP: French team rings the changes for 2020 season 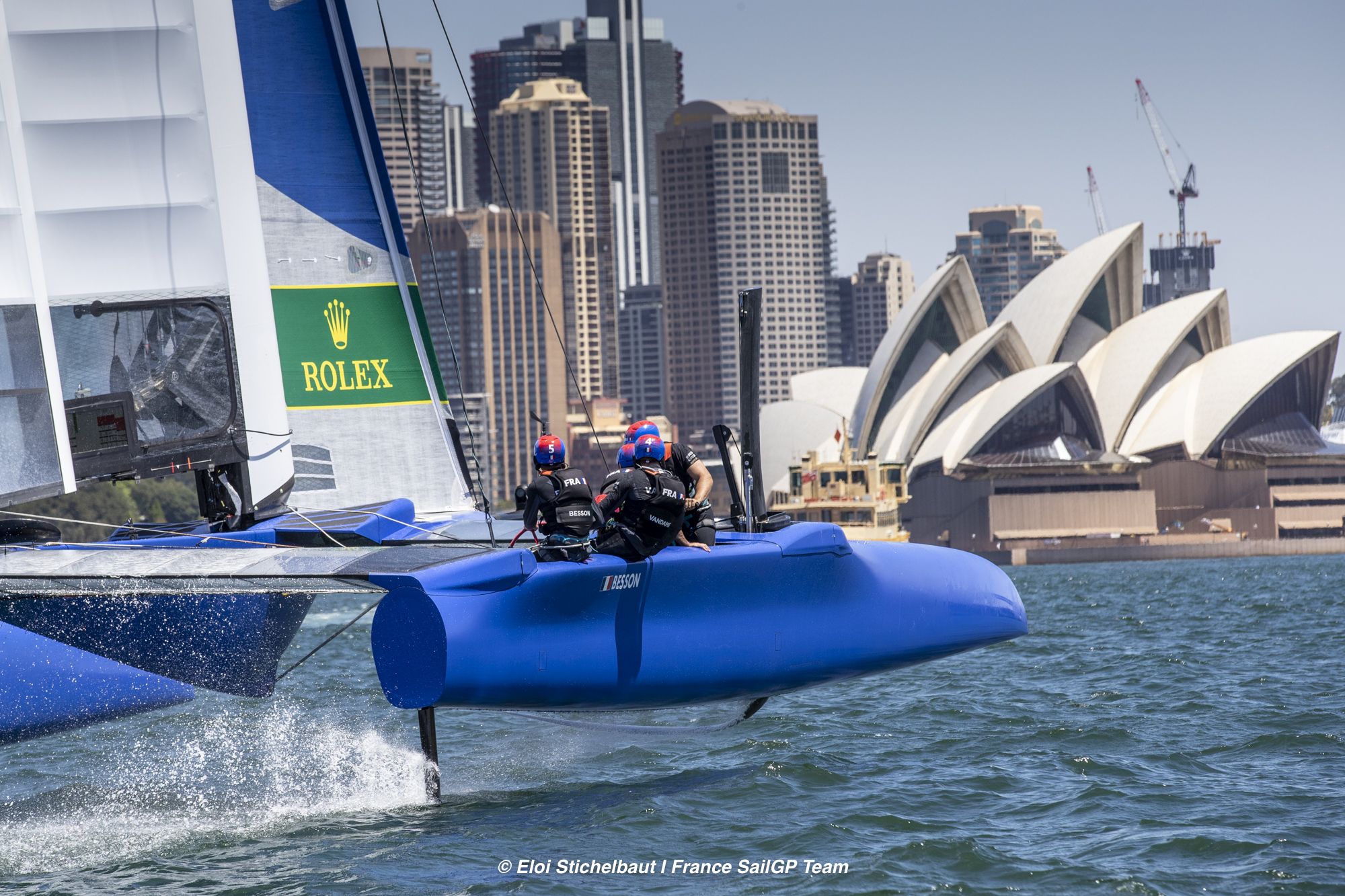 France SailGP team finished bottom of the table in the opening SailGP season last year, but now with a new boss and a refreshed sailing team lineup, the squad has high hopes of staging a much better performance in 2020 in the second season of the international circuit.

With less than 40 days before the opening of Season 2 of SailGP in Sydney, the French team is aiming to reach its 2020 objectives as early as possible in the season. The objectives are twofold, to perform well at each event and ensure that it is among the best teams in the global championship by the end of the season.

The team, which is now managed by Bruno Dubois, wants to build on the experience of its first season, while also embracing new opportunities, to ensure the highest level of performance in its second year of global competition.

Introducing the class of 2020:

New flight controller
After finding out that they have not been selected for the Tokyo 2020 Olympic Games, the news concludes the end of Billy Besson and Marie Riou’s Olympic partnership in the Nacra 17, and also marks the latter’s departure from the France SailGP Team. The pairing, who together have won four world titles, remain close friends despite reaching the end of this chapter together. Riou will be replaced in the key position of flight controller by the multihull expert, François Morvan.

“François was our back up flight controller in 2019 and despite not having sailed much on the boat, has already demonstrated his skillset. He has taken part in simulator sessions and lived with the team, so he knows how we work and therefore was a logical choice,” comments Besson. For Matthieu Vandame, François’ enormous experience in multihulls (both large and small, inshore and offshore) as well as his skills as a trimmer and helm, make him the man for the job.

New coach
There has also been a change on the coaching front with the arrival of Thierry Douillard. A multiple winner of the Tour de France à la voile, an offshore racer, coach of the Oman Sail team and weather router for Sodebo Sailing Team, he was the obvious choice to replace Franck Citeau and Stevie Morrison, who have both moved to other activities.

“Thierry has had an impressive career and he has exceptional qualities: he is familiar with the technical aspects of the boat and data analytics, as well as being comfortable in an Anglo-Saxon environment. His profile absolutely matches what we are looking for,” comments Besson. “He will bring a lot to the team.”

A fourth grinder
Finally, the sailing team welcomes a new kid on the block in Jules Bidegaray. The 25-year old is the winner of the competition launched in Marseille in the autumn, to recruit a young grinder. Hailing from France’s Youth Team and a previous competitor in the Tour de Voile, Bidegaray will join the other powerhouses of the team – the very experienced Olivier Herledant, Devan Le Bihan and Timothé Lapauw. “For us,” says Besson, “the most important thing is that the team is fully operational from the get go. These are very demanding positions that require you to be fit and fresh – you have to be physically and mentally prepared to work hard.”

A new modular wing in the Spring
Referencing the new make-up of the team, Besson explains: “The idea is to try to get a second wind, new energy to move forward and achieve our clear performance objectives. But also we didn’t want to turn everything upside down!”

Matthieu Vandame, one of the core members of the team, remains as wing trimmer. However, this year he will have the additional challenge of handling and managing the settings of the new modular wing, which will be used from the second event of the season in San Francisco (2-3rd May). The retractable wing (decrease to 18m high and expands to 24 m high), can be adapted to a wider range of sailing conditions. With breeze and in reduced configuration it will allow the F50 to reach higher speeds – “so we should still gain a few knots!” promises Vandame.

“Baring our teeth”
As for the boat’s skipper and helm, he is starting this new season with an enormous appetite to do battle. 2019 was a year of discovery for the French team and 2020 will be the year when they come of age. In its first season, the team ticked lots of boxes: tamed the F50 in most wind and sea conditions, almost capsized, took textbook starts, and experienced both the top and bottom of the ranking.

“This experience allows us to be more confident – we now know we will be able to attack hard, without being concerned,” comments Besson.

Pending the start of training on the F50, scheduled from 20th February in Sydney, with the actual event on the 28th and 29th, the France SailGP Team will be together for a number of events over the coming weeks (two simulator sessions, Global Sports Week event etc.). With less than one month before the start of racing there is already a sense of intense energy in the team.

“We are all very, very motivated and Billy has the bit between his teeth!” concludes Vandame.