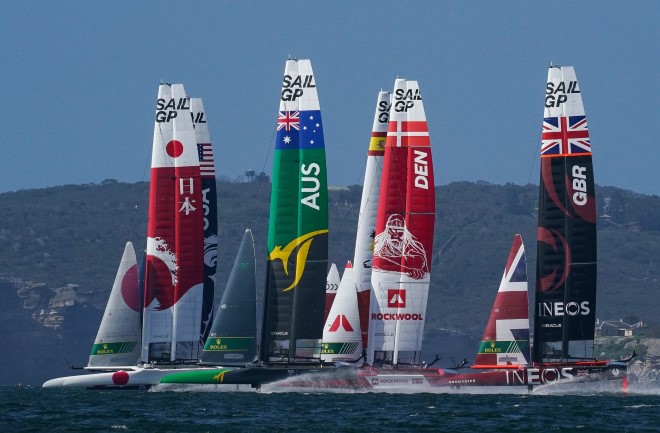 SailGP has announced the selection of the Danish city of Aarhus to host the fourth event in the global championship’s second season.

ROCKWOOL will serve as Title Partner for SailGP’s Scandinavian debut as the world’s fastest sail racing descends on the picturesque Bay of Aarhus, August 20-21, 2021. The grand prix event will mark the first opportunity for helmsman Nicolai Sehested and the Denmark SailGP Team presented by ROCKWOOL to race on home waters following the inauguration of the team late last year.

SailGP – the sport’s pinnacle league – will begin Season 2 next year in San Francisco on April 17-18, before stopping in New York (June 4-5) and Plymouth, UK (July 17-18), en route to Denmark. The European leg of the season is planned to continue in team markets France and Spain, with further venues to be announced. At the conclusion of the season, the champion is awarded sailing’s largest monetary prize of US$1 million.

SailGP CEO Sir Russell Coutts said: “Aarhus is a modern, youthful, green city that excels at hosting sustainable events, and will provide an extraordinary backdrop for our first Northern European event. SailGP features the best athletes in the sport, and with ROCKWOOL Denmark SailGP positioned in the middle of our season, many of our stars will be returning from the Olympics looking to further amplify the national rivalries on the world’s fastest boats. It will no doubt be some of the most exciting racing of the year.”

ROCKWOOL CEO Jens Birgersson said: “As a proud Danish company, ROCKWOOL is delighted that SailGP will visit Denmark for the first time ever in 2021. This event gives us the opportunity to communicate about the things we feel strongly about – sustainability, teamwork, innovation and inspiring people to lead healthier, more active lives. The city of Aarhus is a fantastic showcase for those values.”

Sehested said: “We’re looking forward to an unforgettable home event in Season 2. The support we’ve had from the whole of Denmark since we entered SailGP last year has been immense, and we can’t wait to fly the flag in front of a Danish crowd.”

Aarhus Mayor Jacob Bundsgaard said: “Aarhus is excited to host a Danish SailGP event in August 2021. The Bay of Aarhus, surrounding the event area at Aarhus Ø, will be the venue for some of the fastest sail race boats in the world. We are looking forward to welcoming the international teams to our city and hope that both sailors and the many visiting guests will have a fantastic experience in our city.”

Rabih Azad-Ahmad, Aarhus mayor of sport, culture and citizens services, said: “It is truly thrilling for Aarhus to be welcoming the Danish SailGP event, bringing international top athletes to our city. It brings joy and excitement and is a great inspiration to our young, talented, local sailors and we are very much looking forward to the event.”

Lars Lundov, CEO of Sport Event Denmark, said: “With SailGP, we add another world-class event to the Danish sporting calendar that creates both national and international attention. We look forward to using that attention and SailGP’s strong sustainability agenda to assist in putting focus on sustainable solutions on land and at sea.”

In its inaugural season, SailGP events attracted more than 133,000 spectators with a global broadcast audience exceeding 256 million and an average economic impact of US$23 million per venue.