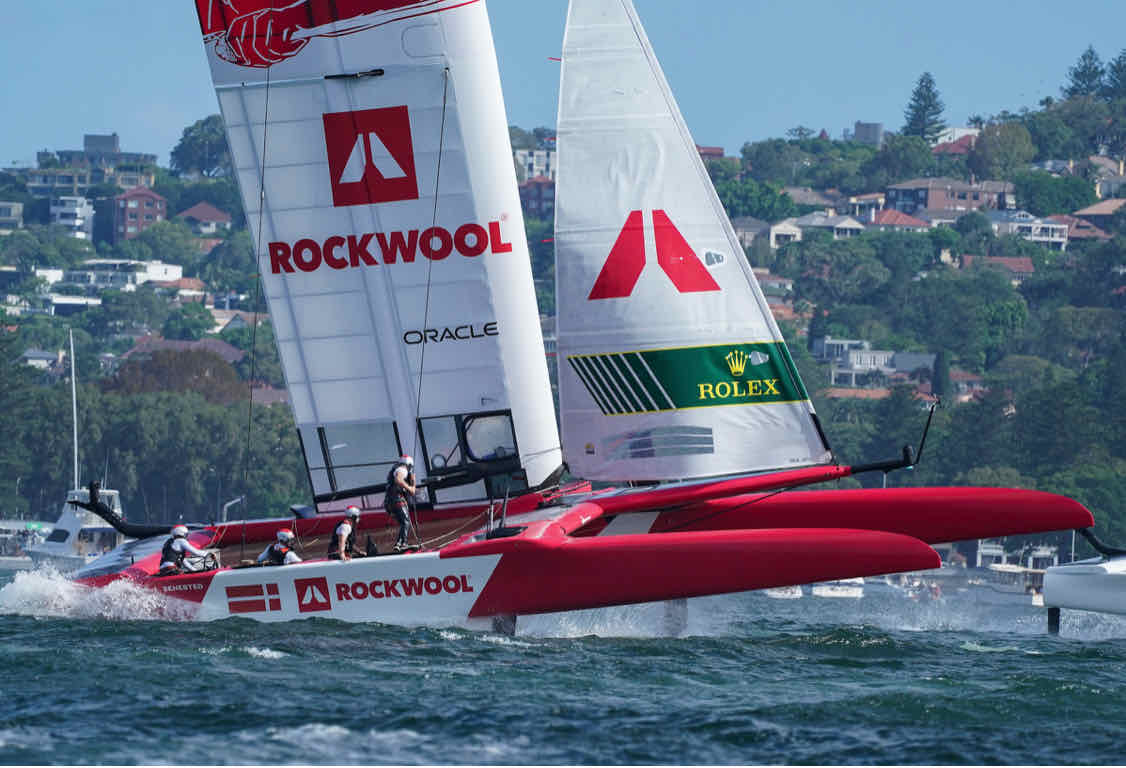 This week, six top Danish female sailors were invited to a unique selection camp by the Denmark SailGP Team presented by Rockwool as part of a new programme aimed at accelerating the inclusion of female athletes in SailGP.

The cohort includes 2019 World Sailor of the Year Anne-Marie Rindom, who will compete for Denmark at the Olympic Games later this year, having scooped a bronze medal at the 2016 Summer Olympics in Rio.

And the group is completed by Iben Nielsby Christensen, Trine Abrahamson, and Ellen Schouw Nielsen. At 20 years old Nielsen is the youngest triallist, having originally connected with the team prior to the #ROCKTheBoat Academy delivered by Team Rockwool Racing in 2020.

The selection process forms part of SailGP’s Race For The Future purpose-driven agenda, which aims to create a sustainable pathway to expand female participation in the sport and, ultimately, the league.

Denmark SailGP Team helmsman Nicolai Sehested revealed that the Danish team is fully behind the initiative to get more female athletes involved in the league.

“We are lucky to have some seriously talented female sailors in Denmark, and we’re happy with the level of those who have agreed to join us to trial for the SailGP team,” explains Sehested.

“The group we have invited has a diverse skill set and range of experience, and each candidate could bring unique values to the team. We have Olympic medallists, experienced match racers and some exciting rising stars of Danish sailing, and we’re looking forward to getting out on the water. From here, it’s anyone’s game.”

The selection camp takes place on 20-21 February, following which the Denmark SailGP Team will make a final selection of two athletes to join them in the first SailGP event of Season 2 in Bermuda, with at least one female athlete set to be selected to train and be immersed within the team for the upcoming season.

Rindom ‘looking forward’ to taking part in the selection camp

“I’m really excited to trial for the Denmark SailGP Team as part of this talented group of female athletes,” says Anne-Marie Rindom, who is currently preparing to compete for Denmark in the Laser Radial class in Tokyo later this year.

“As a single-handed Olympic sailor, you spend a lot of time focusing on your own performance, but to be part of a team, representing Denmark in a global racing league like SailGP would be a completely new experience for me. I’m looking forward to the camp.”

And Ellen Schouw Nielsen, who came through the open invite-process for the #ROCKTheBoat Academy sessions held in Denmark last year, aimed at inspiring the next generation of Danish sailors to try foiling, explains that taking part in the selection camp will be a ‘great experience’.

“I’m really looking forward to the opportunity to join the Denmark SailGP Team and the other female athletes for this selection camp, and to test out my skills alongside some of the most talented sailors on the planet,” she says. “I’m sure it will be a great experience for me.”

All eyes on Bermuda

The two-day selection camp – which will see the female athletes take part in a range of activities including racing in Waszp boats, integrating into on-shore operations and joining data analysis, strategy and tactical sessions – forms part of a wider training session during which the Denmark SailGP Team athletes are training alongside France SailGP Team in Brittany, France, less than two months before the teams arrive in Bermuda.

“We’re all looking forward to getting back on the water in SailGP in just a few weeks, after a long time without the opportunity to race in the foiling F50 boats, and this camp is a great opportunity for us to get some much-needed training time against another SailGP team,” adds Sehested.

“The level of the competition has risen even further over the last few months with some of the sailing world’s top athletes joining the SailGP ranks, so we know we will need to be at our best – but we are confident and looking forward to flying the Danish flag as the racing gets back underway.”