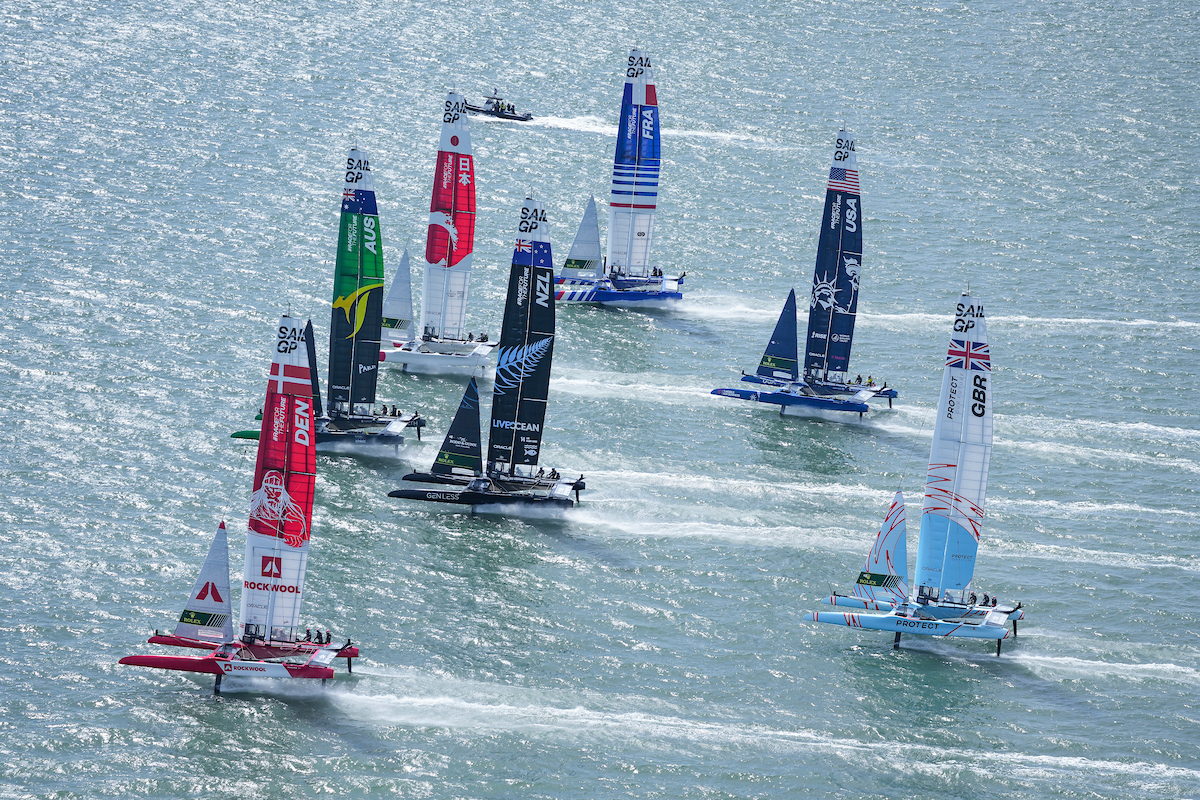 There’s been plenty of fanfare and hype in the lead up to this weekend’s SailGP Grand Final here in San Francisco and happily I can report that the opening day more than lived up to that billing.

The weather conditions were classic San Francisco Bay with the Golden Gate Bridge shrouded in fog for most of the day but clear blue skies over the race area off the Saint Francis Yacht Club. The wind was variable in strength and direction, gusting up to 20 knots at times and making life extra challenging for the eight international F50 catamaran crews.

Three spectacular races were sailed bang on schedule watched on shore by an estimated 5,000 people in the race village and on the adjoining waterfront, and another 1,000 on a large flotilla of spectator boats.

Great Britain, Denmark and Great Britain split the race wins between them with Nathan Outteridge’s Japanese crew delivering the most consistent results to top the standings overnight, ahead of Tom Slingsby’s Australian squad in second and Ben Ainslie’s British team.

Two more races will be sailed tomorrow to decide the San Francisco event champions – who will collect a $300,000 pot – before a final three way winner-takes all shoot out between Japan, Australia and USA for a one million US Dollar cash prize.

Conditions are expected to be very different tomorrow with winds from the south – almost unheard of on San Francisco Bay – with the potential to ramp up to 30 knots.

Here is what the three race winning skippers had to tell me after racing, plus input from Tom Slingsby and Jimmy Spithill…