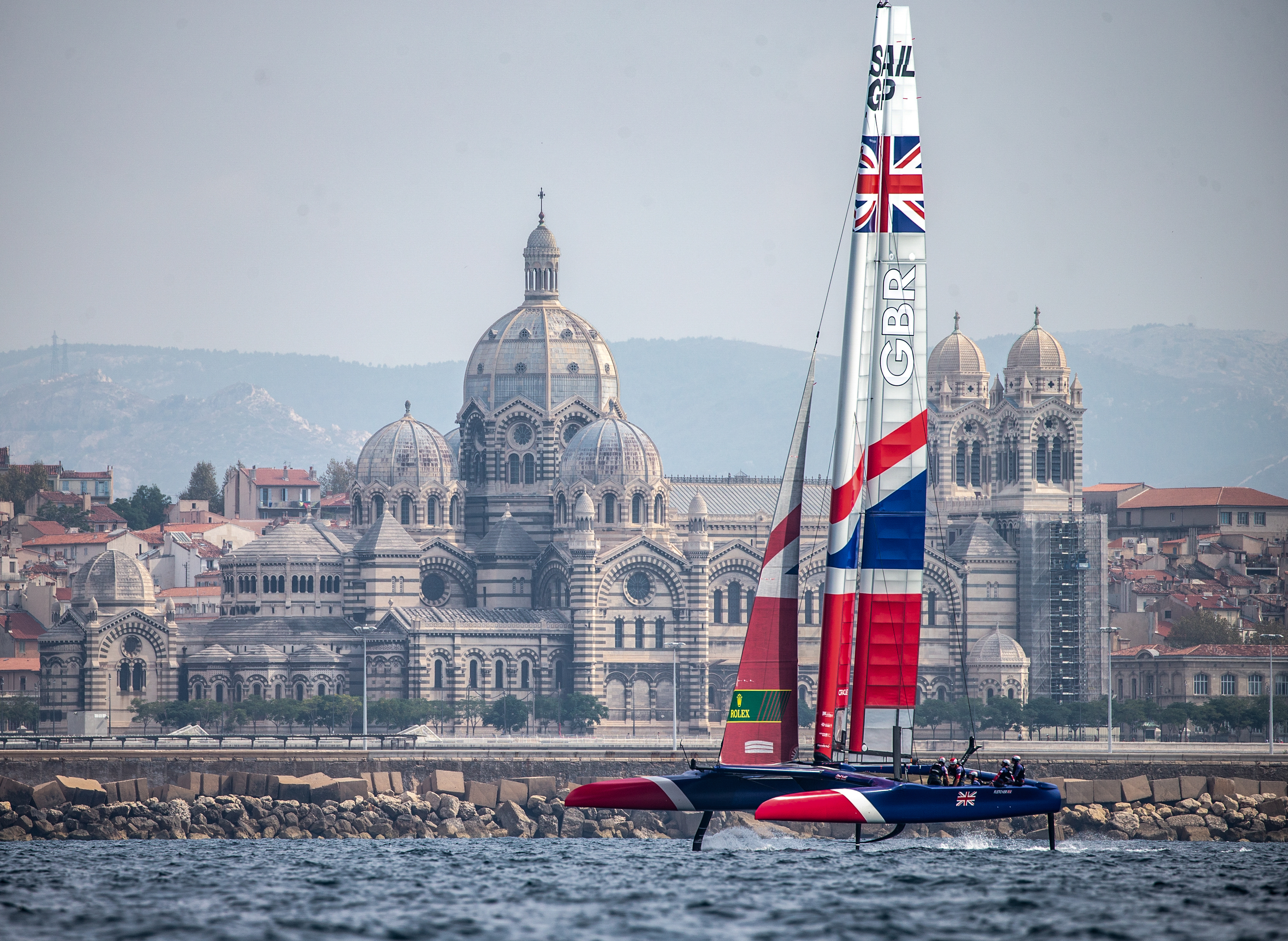 There is nothing like a significant sailing regatta to bring focus on the sailing conditions on a patch of water called home by thousands of sailors.The Olympic venues Sydney, Qingdao, Weymouth Rio, once again Enoshima for 2020 and next up Marseille 2024 all had a serious examination before the Olympic regattas.

Enoshima’s July to September sequence of World Championships, Test events and World Cups showed that aspiring Tokyo 2020 Olympic Gold medallists will have to glisten in a range of conditions from 5 to 25 plus knots.

And in the Paris 2024 sailing venue Marseille it could be very much the same.

There is an early focus on Marseille this coming weekend with the 2019 SailGP final being sailed on the likely 2024 Medal course, with a winner takes all Million Dollar match race scheduled on Sunday afternoon, in front of Grandstand crowds on the Marseille seawall.

Eight SailGP fleet races are scheduled to be sailed at this 2019 final. Three on Friday and Saturday, two on Sunday followed by a match racing final between the two series leaders.

There is one serious complication, the legendary Mistral, which blows from the north, can appear as a westerly in Marseille appears commonly in September, but which can also show up in August (Olympic Games time.)

This coming Sunday afternoon, depending on which of the weather models is considered, predictions of westerly winds averaging 25 knots or more with gusts of 40 + knots.

Nathan Outteridge told me last week ‘We are four points behind Team Australia going into this regatta.
‘The weather is very variable in Marseille, if the weather was to blow out the final day, with a Mistral or a drifter, and the match races, the series leader will get the Million dollar prize, so we have to bridge the gap in the first six races, so the pressure is very much on.’

Given the series points gap, you’d imagine that given incident free racing Slingsby and Outteridge will be the finalists but as Kirby and Team GBR’s Chris Draper both mentioned in mid-week interviews, a serious wipe-out could take one of the two leaders out, and the third-placed boat would step up to the final. That possibility is going to make the fleet racing intense.

An extra benefit for the season leader on points before the match racing final is, they have the right to choose which end of the line it enters the starting box, and that can be a serious pre-start advantage.
Sir Russell Coutts in an interview with me on Monday said ‘Richard Slater has sent out an amendment that says any boat that mathematically has already qualified for the match race final does not have to compete in the final two fleet races. ‘

The benefit of that for one of the leaders is the chance of a capsize or crash which would prevent the team from competing in the match race final is eliminated. Additionally, it ensures that SailGP’s shared services will be able to ensure the two finalists are not handicapped with any residual equipment issues.

However, life is not meant to be simple, if there is a chance that a heavy mistral wind blows out the Million Dollar final, then the series leader will take the ‘Cake’.

So, a second-placed boat may choose to keep racing on Sunday in building conditions in a bid to overcome a deficit.

But with the Mistral in play, there will no doubt be several million-dollar decisions made on each of the three days.

Team France and Team China have been on the water here since Sunday, Australia, Japan, USA and GBR since Tuesday. Today practice racing will commence at 230pm CET.