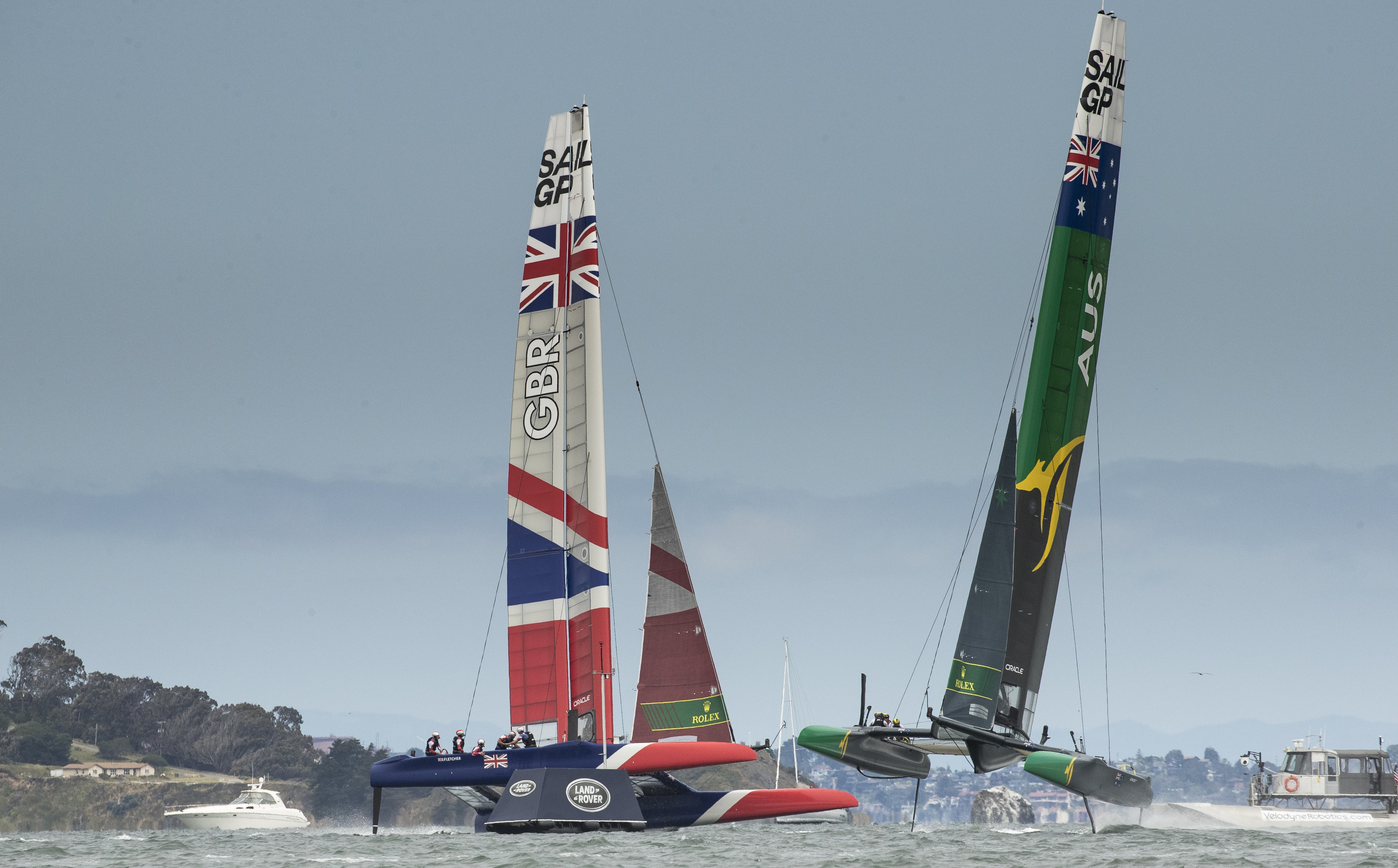 The second event on the Sail GP international circuit in San Francisco this weekend proved to be a huge step forward from the lacklustre light-airs season opener in Sydney, Australia in February.

Sailing conditions on San Francisco Bay were much better, with – although patchy at times –breezes generally in the 12 – 16 knot range.

This, along with an upgraded foil control software package that all but two of the six teams opted to use, meant the boats were mostly able to foil more easily – despite an unpredictably choppy sea state caused by the myriad currents swirling around the racecourse. 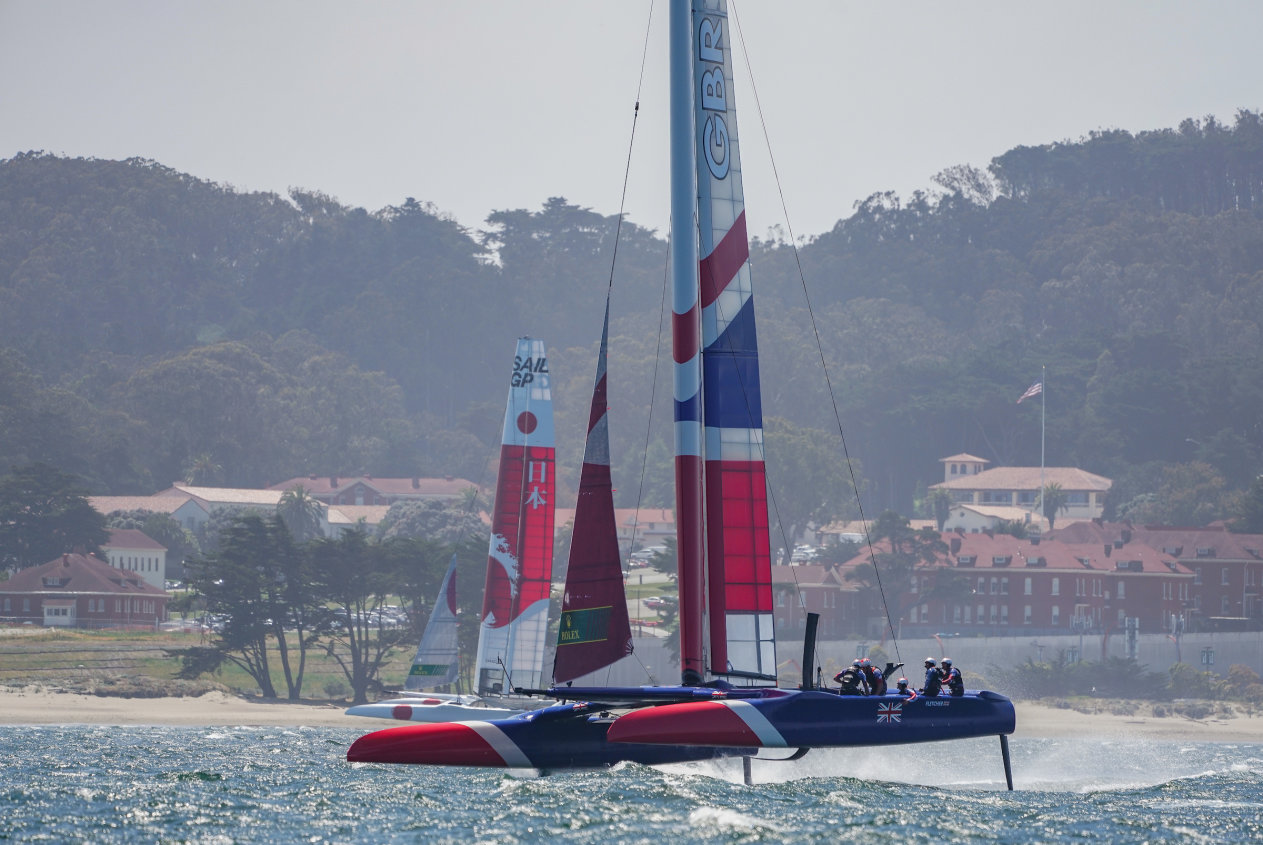 From a team point of view the United Kingdom and United States crews appeared to be the ones to have taken the biggest steps forward since Sydney in terms of boat handling and general performance.

The British crew – led by helmsman Dylan Fletcher, with wing trimmer Chris Draper – were arguably the most improved team in the fleet, regularly mixing it at the front of the fleet against the dominant Japanese and Australian crews.

Nathan Outteridge’s Team Japan won all three races on Saturday, largely due to superior starting consistency and the fact making fewer mistakes around the racecourse than their rivals.

Despite having to overcome problems with their wing control system, Tom Slingsby’s Team Australia turned in a gritty performance that saw them grind out three top three results to sit in second place ahead of the Brits and the Americans in third and fourth.

On Sunday, after threatening to do so all the previous day, the Brits scored their first ever race win in the first heat of the day – a result they followed up with a second place in the second heat of the day to secure third place overall. 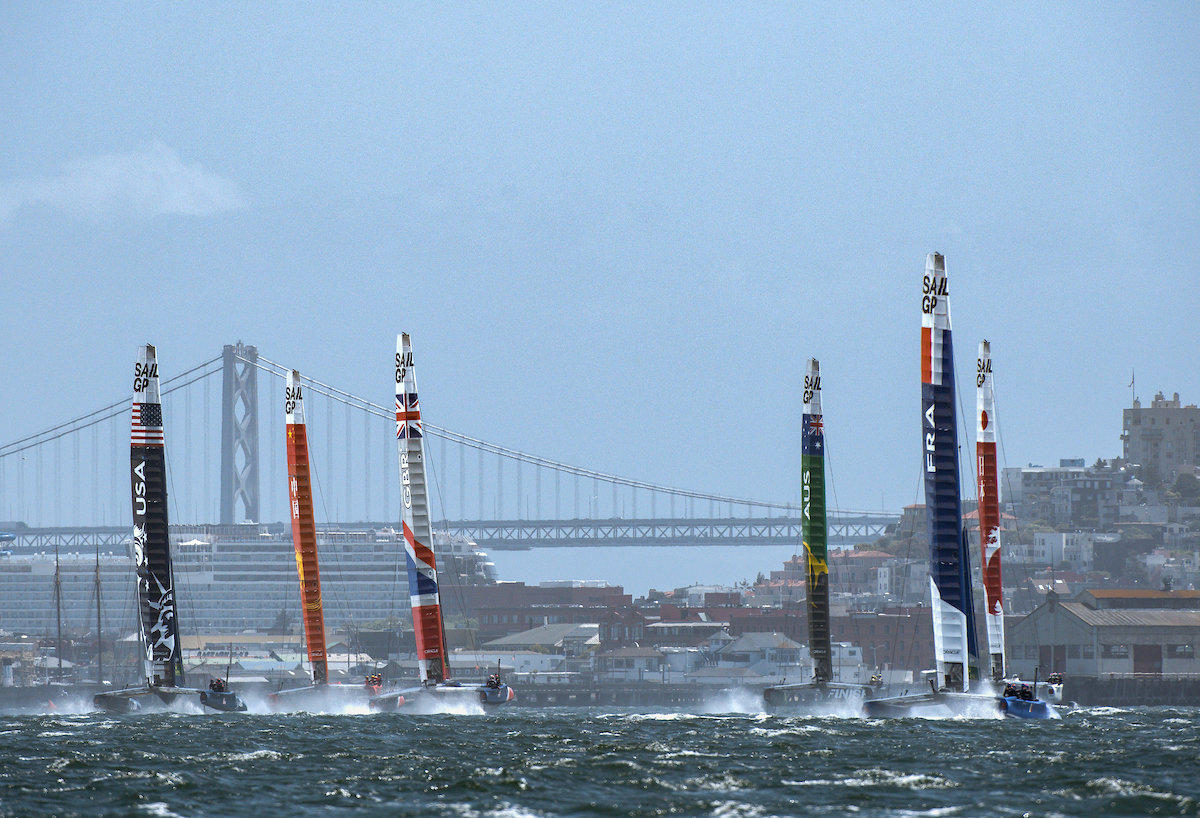 The match race final saw the two Australian skippers, Outteridge and Slingsby face off to decide who would claim overall victory in the San Francisco stage.

In the end it was a somewhat one-sided affair with Slingsby getting the upper hand early on and – with Outteridge sailing by sense of feel only after an electronics problem wiped out his data displays – able to retain control easily throughout the rest of the race to take the win. 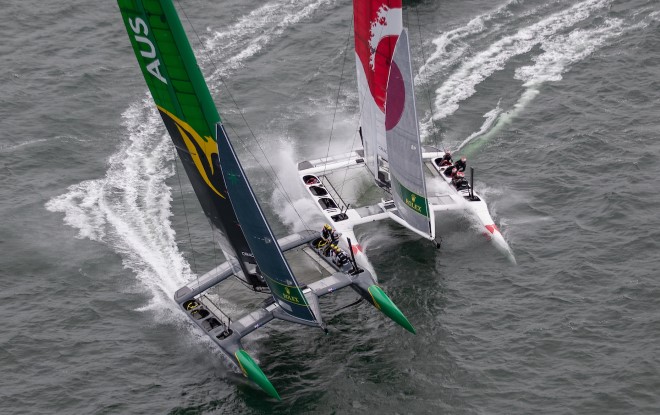 Coverage of the event via the SailGP App was noticeably improved compared to Sydney with the director doing a great job of following the cut and thrust of the action at the front of the fleet without feeling obliged to cut away too often to cover the back markers.

In the commentary box alongside Shirly Robertson, Australian Jody Shiels proved to be more palatable and informed than his predecessor in Sydney, while American double-Olympic medallist Charlie McKee was his usual amiable and credible self in the role of expert pundit between races.

If I had a criticism it would be that it is still painfully obvious that everyone is still very much on message about how incredible the racing/boats/crews/conditions/venue is/are. Let the spectators be the judge of how good this event is or isn’t – they are going to do that anyway, so better to give honest opinions about what’s going on.

My other grip would be to do away with this horribly forced nonsense about a 50-knot speed milestone. Unless there are extra points on offer for breaking 50 knots then nobody cares. If it matters that much to the organisers then run some speed trials in a windy venue and let the teams go all out to break it. Then hopefully we can all move on from that distraction and focus on the racing.

All in all though, I am pleased to say that the San Francisco SailGP event – in contrast to Sydney – very much lived up to the pre-season hype and kept me and I suspect thousands of others fully engaged during the high adrenaline racing on San Francisco Bay.

Looking ahead to the next event in New York though, we can only hope and pray that for the organisers will be able to avoid the debacle of the America’s Cup World Series event there a couple of years ago, when light winds, strong currents, and a terribly poor choice of race area largely made a mockery of the racing.