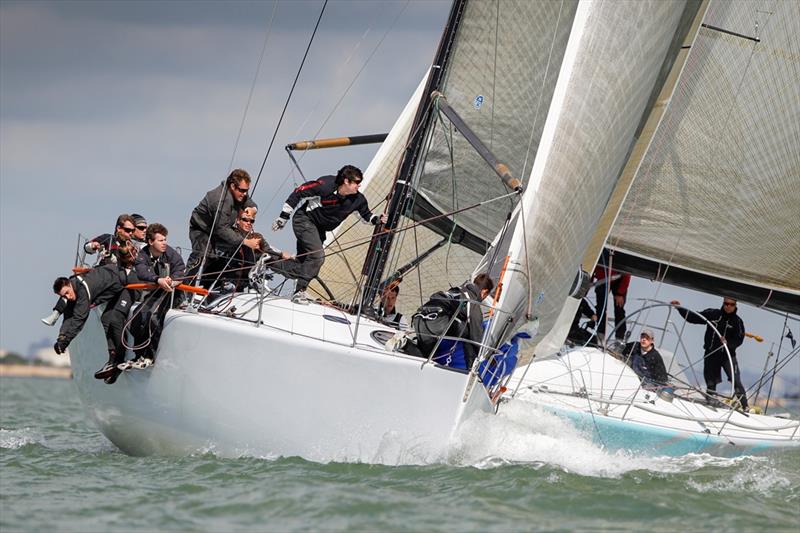 For the past twenty years the RYA has been running programmes to help young sailors transition from dinghy racing into yacht and keelboat racing. The current iteration, the British Keelboat Academy (BKA), has seen increasing numbers of young sailors taking advantage of training in multiple boats learning multiple roles.

The 2020/21 British Keelboat Academy intake has proved as popular as ever, with applications coming in from young sailors from all over the country. However, in light of the current situation surround the Covid-19 pandemic and the resulting regional restrictions, we have taken the difficult decision to not run a physical programme this year.

While there is nothing in the current government guidance that would prevent us from being able to run our usual training sessions, we would have had to modify the numbers of sailors on each boat and the onshore learning environment. Having taken time to review the options, we have decided to take the British Keelboat Academy online this year to ensure we can deliver the most effective, engaging learning environment possible while protecting everyone’s safety.

The strong team of BKA coaches, led by lead coach Niall Myant and head coaches Mary Rook, Phil Devereaux and Mason King, have been working hard to create an exciting plan for a virtual Academy which will cover the key roles, responsibilities and manoeuvres in yacht and keelboat racing. With sessions planned over the next two months to gather a library of footage on various boats they have a plan to break down the elements into easy-to-understand, bite-sized chunks. The best part is that these videos will be available, for free, not just to Academy members but to everyone.

To ensure that the next generation of British Keelboat Academy sailors don’t miss out on the opportunities that would have been afforded them as members in “normal” times the existing remote aspects of the BKA will continue for this year’s cohort. Sailors will be able to work with mentors, recent graduates of the BKA and the top-class coaches to ask questions, get hints and tips, build their CVs and get assistance in finding opportunities to get out on the water to build their experience.

Beginning in December and running to the end of March the virtual BKA knowledge sessions will cover the following subjects:

These will be interspersed with “meet the expert” sessions where we will hear about campaign management, rigging, boat preparation and offshore racing.

Starting this December, the videos will be released weekly as part of a live show on the British Keelboat Sailing Facebook page with each short video used within then available on YouTube as a reference for the future.

For more information go to www.britishkeelboatacademy.co.uk