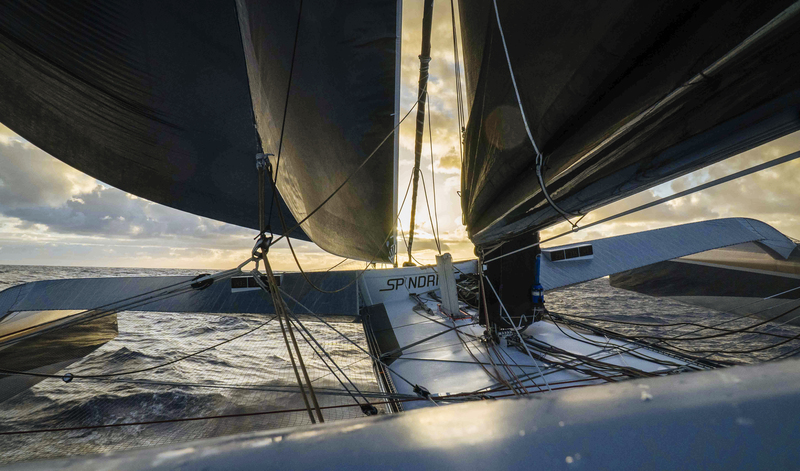 Yann Guichard and his 11-man crew aboard the maxi trimaran Spindrift 2 are heading for Australia today after abandoning their around the world Jules Verne Trophy record attempt due to major damage to the giant multihull’s starboard rudder.

Guichard reported the bad news to the team’s shore support at 1900 UTC today, detailing the damage to the structure of the starboard rudder.

Having made a full assessment of the damage and possible repairs the team has reluctantly concluded that they are unable to make the necessary repairs without compromising the safety and performance of the 40m trimaran.

“Because of this technical problem we have no choice but to stop this record attempt,” a dejected Guichard reported. “It is a huge disappointment to all of the crew. We are now heading to the south east coast of Australia and expect to reach there in the next four days.”