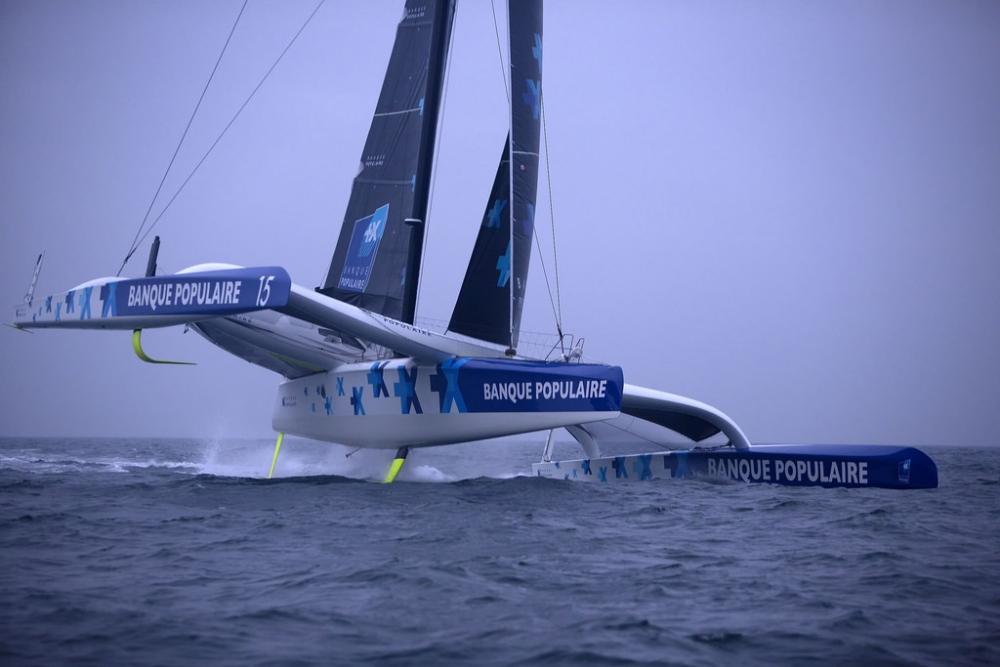 Stormy conditions in the North Atlantic have forced another major name out of the 2018 Route du Rhum with Armel Le Cléac’h’s Ultim maxi-trimaran Banque Populaire IX capsizing at around 12:00 CET today, 340 miles north east of the Azores.

Wind conditions at the time were reported to be 30 – 35 knots with waves up to five metres.

Unlike a previous capsize last year rumoured to be caused by the absence of an automatic mainsail release system, this time the boat appears to turned over as a result of its port float giving way.

Le Cléac’h is reported to be safe and secure inside the upturned trimaran.

He was able to trigger his distress beacon and communicate with his technical team ashore. The Gris Nez CROSS took over the organization of the rescue, in coordination with the Race Direction and the Banque Populaire Team.

Le Cléac’h is the third Ultim skipper to be forced out of the race due to structural damage.

First out was Seb Josse whose Edmond de Rothschild broke her starboard hull; then Sodebo skipper Thomas Coville also pulled out after “a structural failure in its forward beam”.

Both boats are now sheltering in La Coruna in northern Spain.

With Banque Populaire out of the race the Ultim class is now down to a two-boat race between Francois Gabart’s newly foil-upgraded MACIF and Francis Joyon’s non-foiling IDEC.

This afternoon with 2,600 nautical miles to race IDEC trailed MACIF by around 40 miles.