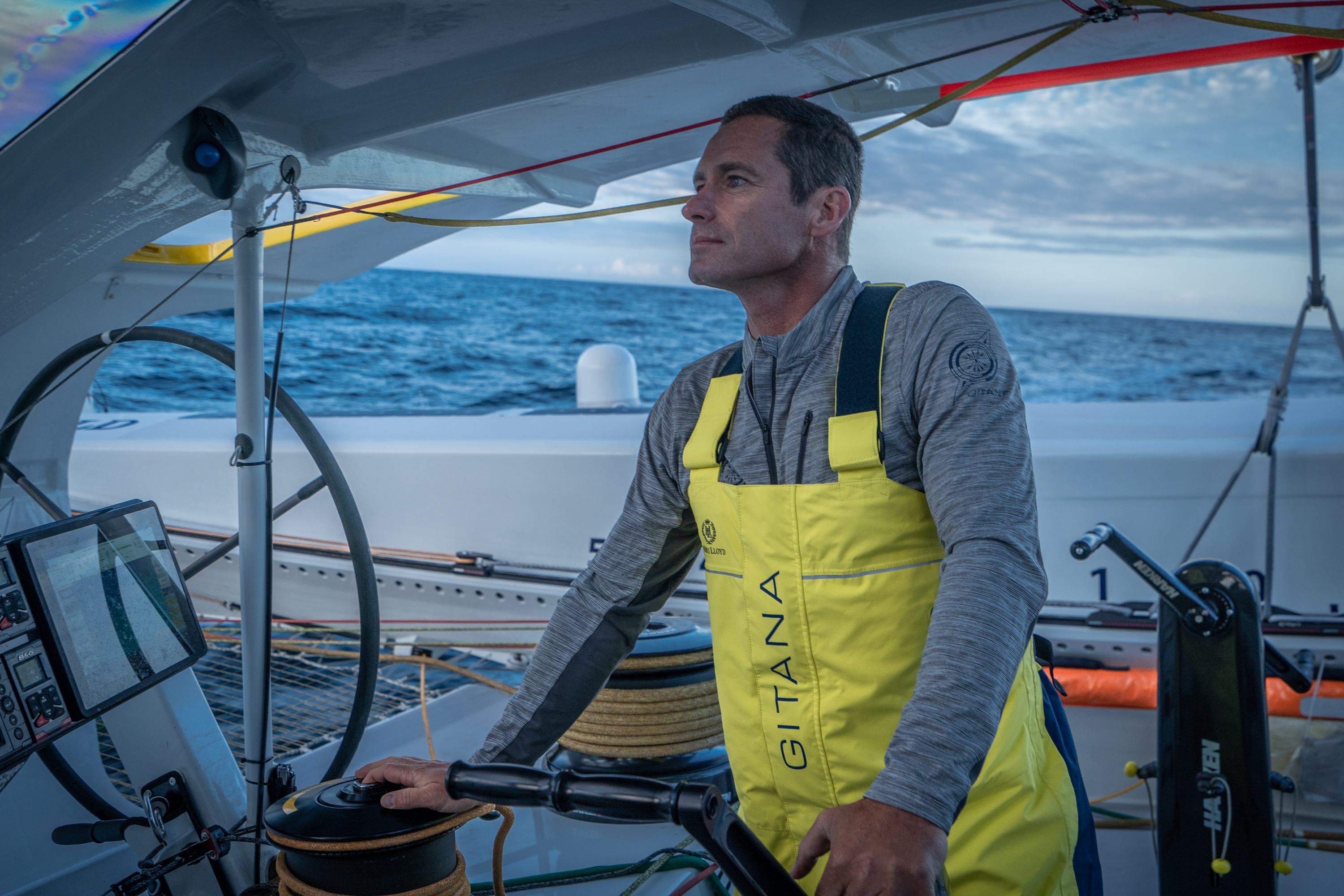 Sébastien Josse is out of the 2018 Route du Rhum after fewer than 24 hours of racing since the start of the iconic singlehanded race from St Malo to Guadeloupe.

The French sailor has been forced out of the race after sustaining damage to the port bow of his Ultim maxi-trimaran in fierce conditions in the Bay of Biscay.

Shortly after 0530hrs CET (0430hrs TU) Josse alerted his team manager to major damage aboard the Maxi Edmond de Rothschild, the leader of the Route du Rhum – Destination Guadeloupe fleet.  The boat was heading south west 135 nautical miles to the north west of La Coruna when it “came to a violent halt”.

When he quickly arrived on deck Josse realised that he had lost part of the bow of his starboard float.   Conditions in the area were not pleasant with around 4.5 metre swells and wind up to 30 knots from the north.

It has been difficult to gauge the extent of the damage for now but Josse’s team say he is safe and well. Together with his shore team and his routers the disappointed skipper is working out how to get to land as quickly as possible and to find to shelter from an intense low pressure system that will sweep across the Bay of Biscay in the next few hours.

Meanwhile one of Josse’s Ultim rivals – Armel Le Cléac’h racing on Banque Populaire IX is preparing to make a stop at a Brittany port to undertake a minor repair to the on-board energy system.

According to his team Le Cléac’h along with his on-shore router and his technical team are working out which port will allow him to get back into the race the quickest.

In the IMOCA 60 class Britain’s Alex Thomson on Hugo Boss has a 14-nautical mile lead on the pack after a bold breakaway move to the north paid dividends with better winds.

Meanwhile French Class 40 skippers Yoann Richomme, Arthur Le Valiant and Luke Berry are battling it out for the top spot this morning, all three within one nautical mile of the lead.