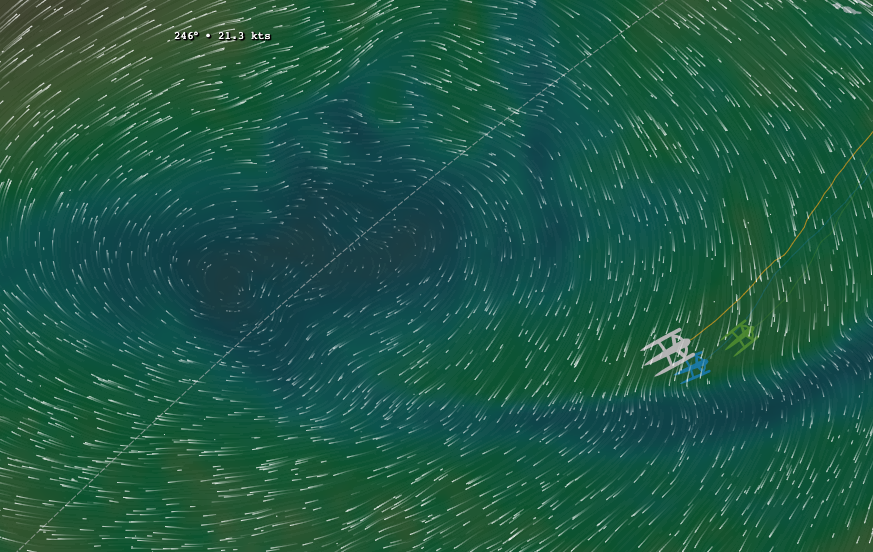 It is hard not to be impressed by the way the trio of leaders in the Ultim multihull class are performing on the fourth day of the Route du Rhum singlehanded transatlantic race from France to Guadeloupe.

Re-run the tracker from last night and you will see that current leader Charles Caudrelier on Gitana’s Maxi Edmond de Rothschild had to perform multiple tacks to fend off an attack from his closest rival François Gabart on SVR-Lazartigue as the pair transited through the mid-ocean Azores archipelago.

Manhandling one of these 100-foot behemoths through even one tack is a hugely energy depleting operation for one person and Caudrelier confessed to having had to tack up to five times as he weaved his way through the islands.

“François came back at me in the light airs shortly before the Azores. He was going straight while I couldn’t. I tacked four or five times, which took a lot of energy. I took a slightly more physically demanding option than his in the archipelago but, in the end, it came down to almost the same thing.”

This morning the leading group which includes Thomas Coville on Sodebo in third place appear to have broken into the trade winds and as they reached the virtual half way point on the 3,542 mile racecourse were ripping along at speeds in the mid-thirty knot range.

There is a gap of under 100 miles from Caudrelier to Coville – which may sound a lot but really is not at the speed these boats are travelling – and the next obstacle is how to negotiate the lighter winds of the ridge formed by the Bermuda high pressure system that is blocking their path to the target.

Meanwhile, after breaking a dagger board the day after the start, Armel Le C’leach has rejoined the race after leaving Lorient yesterday.