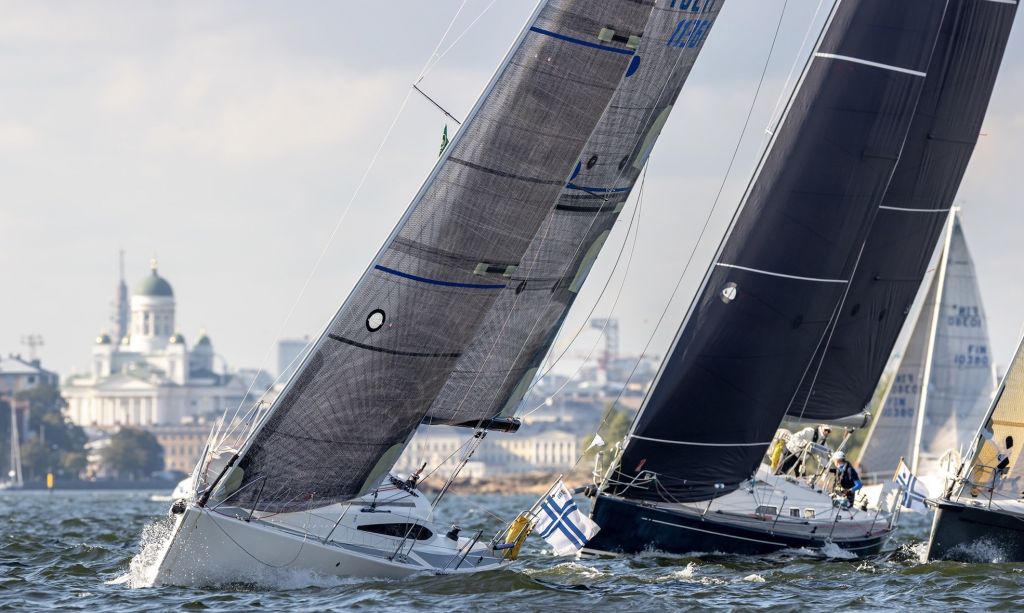 After 10 years of success with the well-established RORC Caribbean 600 along comes another fascinating and challenging course for offshore enthusiasts. It’s every bit as spectacular – but this time somewhat further north.

The RORC Baltic Sea Race is set to become the newest and most northerly member of the 600-mile club. Due to start on 21 July 2022, the inaugural race has come about thanks to a collaboration between the Royal Ocean Racing Club (RORC) and the Ocean Racing Alliance (ORA).

The race of approximately 630 nautical miles will start and finish off Helsinki in the Gulf of Finland. The course will incorporate the Swedish island of Gotland, located approximately 250nm southwest of Helsinki. The race is open to boats racing under IRC, Mocra, Class40 Rules and a number of other class associations.

RORC Racing Manager Chris Stone is excited about the prospect of the new race, which will take place in alternate years. ‘The Royal Ocean Racing Club has a history of organising new offshore races, such as the RORC Caribbean 600 and the RORC Transatlantic Race,’ he says. ‘The Baltic Sea Race reflects the huge amount of interest we have received from sailors in this region. This new event has all the criteria for producing a race that is ideal for offshore racing, as well as good logistics for competitors and the race team. On top of that, our partners in Finland have a real passion for hosting a race in their own region.’

The race is supported by the City of Helsinki, the Nyländska Jaktklubben (NJK), Finnish Ocean Racing Association (FORA), Helsingfors Segelklubb (HSK), FINIRC and the Xtra Stærk Ocean Racing Society. At the core of the organisation are three passionate sailors: Jan Paukkunen, Sakari Kalske and Ari Känsäkoski, commodore of the FORA. ‘Jan is my vice commodore and co-organiser of the race, and he’s running all the racing aspects of the event,’ says Känsäkoski. ‘Sakari is running the safety side and social events on the shore, and I’m responsible for the rating side of things, as well as the marketing and sponsorship. We’re all really excited to make this race happen and to deliver a great event that people will enjoy and remember.’

A dedicated Class40 skipper, Känsäkoski brings a lot of real-world offshore experience to the organisation. He has competed in three Rolex Fastnet Races, the Sevenstar Round Britain & Ireland Race, the RORC Transatlantic Race and the RORC Caribbean 600: ‘We expect strong interest from teams participating from Finland and from all the nations that border the Baltic Sea. The 2021 test event showed that the course for the RORC Baltic Sea Race is very interesting. The course is very strategic with land influences in the Gulf of Finland and around Gotland. The course is basically on a windward leeward axis, so we expect tactical decisions about which side of the course to choose, as well as managing wind shifts.’

Entries are likely to be strong from the nine countries that border the Baltic Sea: Denmark, Sweden, Finland, Estonia, Latvia, Lithuania, Poland, Germany, and Russia. Entries are also expected from Ireland, Norway, and the United Kingdom.

Stone says RORC has seen an explosion of interest from Finland, Estonia and Poland in particular. ‘It’s time the Baltic had a 600-mile race, and these guys are so passionate about making the race happen that it made it very easy for us to work with them on making the race happen. We really want to grow IRC and club membership in these regions. RORC is a pretty proud club in terms of having a global member base and we’ve got a really strong IRC following in the area, but we want to grow it, and this race is a great way of building membership.’

The offshore tradition used to be strong in Finland, with a number of Finnish boats competing in past Whitbread Races. The past 30 years however have seen Finland somewhat slip off the offshore map, and this race is one step towards re-establishing Finland as a powerhouse of offshore racing. There have been some Finnish sailors doing their best to uphold the tradition, however. A case in point is Arto Linnervuo and his all- Finnish crew, who have become well known on the offshore circuit racing the XP 44 Xtra Stærk in several RORC races during the 2018-19 season, including the RORC Transatlantic Race, RORC Caribbean 600, and the Rolex Fastnet Race.

Linnervuo has recently taken charge of a new Infiniti 52 Tulikettu. The main objectives for the new boat are to be the first Finnish crew to win a major RORC race and to win the RORC Season’s Points Championship. ‘We have already achieved some good results with the XP 44 Xtra Stærk,’ says Linnervuo, whose team was fourth in class for the 2019 RORC Season’s Points Championship. ‘We strongly believe that the new foil-driven Infiniti 52 will be one of the most interesting new offshore racing yachts entering the scene, and we are so excited about getting a chance to introduce her to our fans in Finland for the RORC Baltic Sea Race.’

Jan Pakkunen says first-time visitors will be pleasantly surprised by the conditions. ‘The race takes place close to midsummer, so there’s around 20 hours of daylight and it never gets properly dark. It’s pretty magical. The sun goes down for a short time, then it pops right up again.’

In July, 8-10 knots of wind from the south-west is common. Summer storms are rare, although conditions can change dramatically due to squalls and thermal activity. Ari Känsäkoski comments: ‘One reason also why we are now running the race later than our proof of concept race, is because in the early part of the summer the winds can be quite light. Later on in the summer the wind tends to pick up and so the end of July should be a good time for stronger breezes. I think we’ll probably see an average of 10 knots, with some light, challenging sections and then some stronger parts of the racecourse too.’

For anyone who wants to make a longer season of it in the Baltic, there is plenty going on either side of the RORC Baltic Sea Race. The season gets into full swing at the beginning of June, with the first big offshore being the Espoo-Suursaari Race at 167nm. Then there’s the classic round the island race, the 360nm Gotland Rund at the start of July, an ideal build-up to the 630nm RORC Baltic Sea Race. The summer season draws to a close with the 192nm Round Bengtskär and the 46nm Helsinki Tallinn Race.

However, for a complete change of pace, there’s an opportunity to cruise the Swedish and Finnish archipelagos. ‘The archipelago, even very close to Helsinki, is spectacular,’ says Känsäkoski, ‘and it gets even better as you go towards Turku. For anyone who doesn’t want to use their raceboat, there is a very good setup for chartering cruising boats, with or without a local skipper. It’s definitely worth spending the extra time to enjoy the scenery here.’

Chris Stone has noticed the difference in sailing culture and the greater emphasis on charter opportunities and shared ownership of yachts. ‘The model up there is a little bit different in some respects, and there’s a lot to be learned from this club charter environment where you join a group of people who are sharing a boat and sailing races between them. I think it’s a good model. We love working with the Germans because they bring a different approach to the sport. Anything that helps bring a broader crowd to offshore racing is a good thing, and that’s what we’re seeing with the Finnish offshore community, in terms of how they approach things from a different angle. We really enjoy working in collaboration with these three great guys who are making such a huge effort to pull things together and make it happen. This is not a big budget project, not by any means, but when the idea was pitched to us, of having offshore racing in 24 hours of daylight, that’s when the idea really hit home, when we realised, wow, this could be a pretty amazing race!’

The Notice of Race for the RORC Baltic Sea Race can be found here.

If you’ve made up your mind already, then go ahead and enter the race: https://rorc.sailgate.com