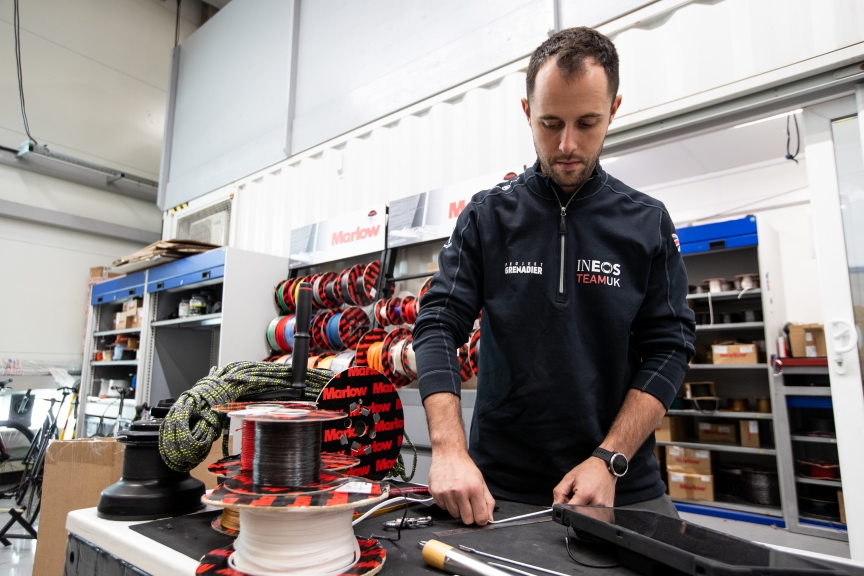 If the last America’s Cup was memorable for one thing it was the back breaking non-stop effort put in by the teams’ grinders to keep the boats powered up with enough hydraulic pressure to keep the boats’ foiling and sail trim systems running all the way around the racecourse.

The vast majority of AC50 catamaran on board systems were operated by press-button controls, meaning there was only one actual rope sheet used on board – that being the mainsheet used to trim the giant wing sail.

However, new rules for the 36th America’s Cup to be held in Auckland, New Zealand in 2021 will see a return to a more conventional approach to sail trimming with by requiring all the sails on the new foiling AC75 monohull to be trimmed via a winch turned directly by the grinders.

Although there is no doubt the grinders will be working just as hard if not harder during this America’s Cup cycle, the fact that their efforts will be directly affect the trim of the sails rather than just keeping a hydraulic reservoir indicator blinking orange rather than red will no doubt be welcomed by true sailing fans watching the action.

For the teams who are right now all in the thick of designing their first boat, the result of this change is a renewed emphasis on the rope lines and sheets they will use.

As an example, British America’s Cup challenger INEOS Team UK have tripled the size of their rigging department to take on the extra workload and have partnered with British high-performance rope manufacturer Marlow Ropes as the team’s official role supplier.

As well as access to Marlow’s expert test facilities the team has an impressive rigging infrastructure of its own – including an ISO compliant 100-ton destructive tensile test machine, capable of running destructive testing and static and cyclic testing for a period up to 72 hours.

“It was an easy decision to partner with Marlow Ropes in our challenge to win the 36thAmericas Cup,” said Noble. “As a world leading rope manufacturer, the quality of their standard product and development capabilities allows us to work together to fully optimise the rigging on all our platforms.

“As a British team it also makes it that much better to partner with a UK manufacturer – we look forward to developing the relationship further over the next few years as we head towards New Zealand.”

This is not the first time that the two British organisations have worked together.

INEOS Team UK team principal and skipper Sir Ben Ainslie’s relationship with Marlow stretches back to his many years of international dinghy racing campaigns which culminated in him winning five Olympic medals – one silver and four gold – for Great Britain.

Marlow and Ainslie’s Land Rover BAR syndicate also had a technical partnership during the 35th America’s Cup in Bermuda.