Skip to content
You are here
Home > Recommended > Richard Mason: “Plans for 2021 Ocean Race start are in full swing” 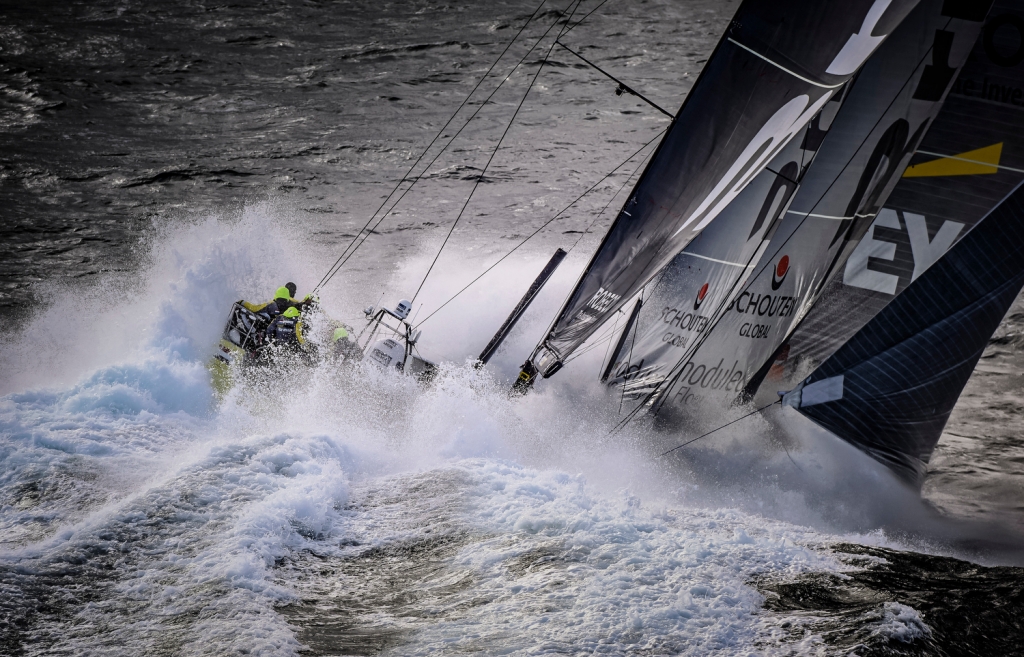 Preparations for the 2021 edition of the Ocean Race – the new name for the fully crewed around-the-world race formerly known as the Volvo Ocean Race) – are in full swing according to Richard Mason, the race’s executive director.

“Somebody helpfully wrote it on the whiteboard in my office that there was only 138 weeks to go to the start of Leg Zero [the race’s warm up/qualification stage],” Mason said. “Now it’s 137 weeks because they did that last week.

Despite the race start being nearly three years away Mason said for both the race organisers and the teams hoping to be on the Leg 1 start line in Alicante at the end of 2021, those three years would pass very quickly.

“I think there will be several teams looking to get their campaigns up and running by Q2 this year,” he said. “Most of them will be looking at a 12 month build phase, so they’ll be wanting to be cutting moulds in the latter part of this year.

“Time goes pretty fast and when you are talking about raising the money and putting together the infrastructure, there’s not that long to go.”

During the podcast episode Mason scotched rumours that had been circulating over the possibility that the race start might be put back 12 months.

“Let’s get that off the table right away,” Mason said. We are fully funded and ready to go and we are planning for a race that starts from here in Alicante in the autumn of 2021. We are well into the host city procurement process now, with dates for each city or region built out from those race start arrangements.”

He also clarified the switch in roles for the Volvo organisation from race owner to major sponsor of the next edition of the race.

“We’re funded as an organisation with Volvo shifting from an owner to a significant commercial partner of the race. So our focus now is on supporting teams and projects with the information they need to get on the start line in 2021.”

And when it comes to prospective teams looking to compete in either the VO65 class or the IMOCA 60 division Mason said the level of interest was the highest he had experienced since joining the race organisation.

“On the IMOCA front we have some teams that are very well advanced,” he commented.

“So we are very pleased with the response we have had in that class. In the VO65s we have had an exceptional level of interest. Two boats are sold – SCA and MAPFRE have gone to new owners – and one boat is on charter until midway through this year, and another boat has an option for purchase on it which could be executed at any point.

“So there are only really four boats that are available at this point, and we certainly have more people interested in the boats than there are boats available. It’s a long way off boats being entered in the race, but very healthy signs.”

Joining Mason on the podcast from the Ocean Race headquarters in Alicante were IMOCA 60 class president Antoine Mermod, and race director Phil Lawrence.

Mermod who spends a week a month in Alicante said there was significant interest from IMOCA teams looking to stage an Ocean Race campaign at some point.

Pushed to put a figure on how many teams the organisers were hoping for in each fleet for the 2021 Ocean Race Mason had this to say.

“It’s speculation at this stage to try to put a figure on this but in the VO65 we could be looking at six. Then in the IMOCA 60 class I will stick with what we said at the Paris Boat Show, that we are hoping for eight to 12.

“We would be ecstatic with 12 to be honest – but anywhere in the region of eight to 12 we would be very happy, and I think we would have a pretty healthy yacht race on our hands.”

According to Mason the team in Alicante hope to be able to announce the full course for the race by July this year, with race director Lawrence confirming what most fans of the race want to hear: that there will – like in the 2017-18 race – be “plenty of downwind sailing and plenty of time in the Southern Ocean”.

You can listen to the full version of this interview here.

You can also search for “The Yacht Racing Podcast” on iTunes/Apple Podcasts, Google Podcasts, Spotify, or wherever else you get your podcasts.

One thought on “Richard Mason: “Plans for 2021 Ocean Race start are in full swing””