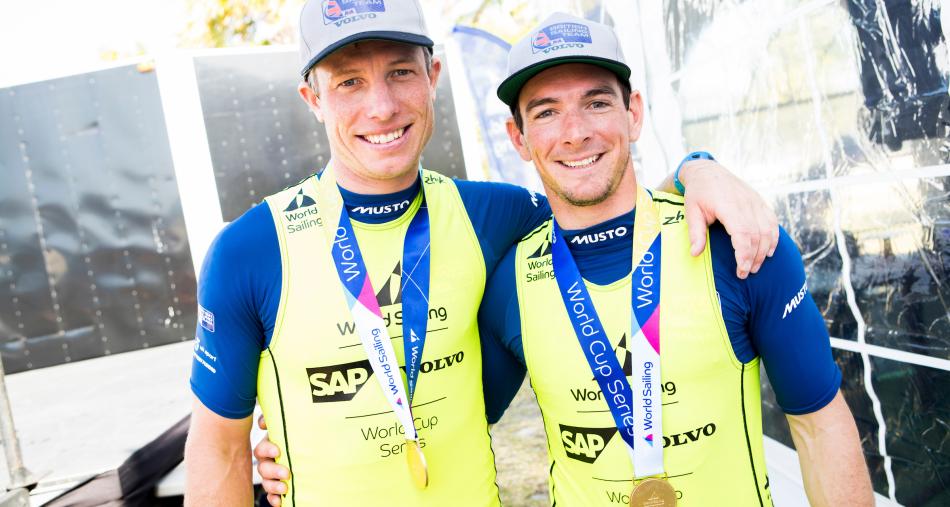 The glamorous lifestyle of an Olympic campaigner is often described as “living the dream”, but if ever there were two people whose lives match up to that description it is British Olympic 49er pairing Dylan Fletcher and Stuart Bithell.

As well as winning the 49er World Championship in 2017 and being one of the hot favourites to represent Great Britain at Tokyo 2020, this dynamic duo are also a key part of the British SailGP crew – with Dylan on the wheel and Stu in the role of flight controller.

Yacht Racing Podcast host Justin Chisholm caught up with the two of them on the Mediterranean island of Mallorca where they had just arrived for a month of training ahead of the Olympic Classes Princess Sofia Trophy regatta at the beginning of April.

You can listen to the podcast using the player below or by searching for The Yacht Racing Podcast on your favourite podcast app. The podcast is also available on iTunes/Apple Podcasts, Google Podcasts, Spotify, and most other major podcast hubs.